Heath entertained Middlesbrough in a must win game for both sides with Heath, still hoping to secure second spot with a game in hand and Middlesbrough hoping for other results to go their way to pinch second spot. Heath made one change bringing in Jordan Bradbrook onto the wing with the perennial Si Brown having a seat on the bench alongside Chris Piper and Jordan Moana.

In superb sunny conditions both teams went at each other from the first whistle as they tested each other out but Heath managed to get points on the board after 7 minutes with a penalty conversion from Ezra Hinchliffe, 3-0. From the re-start Heaths backs found Callum Harriett-Brown who put in a great run to mount the home sides next attack and Middlesbrough were on the back foot. Heath were looking for an opening try and when Jack Crabtree put in a cross field kick to Harriett-Brown he set off again for the try-line but was held up. Great support play from Richard Brown and Chris  Moore enabled Peter Birkett and Jack Crabtree to link and Crabtree found  Jordan Bradbrook who set off on a run to the corner but he was held up short as Middlesbrough defended well. The game then settled and only a superb cover tackle from Jason Merrie prevented the visitors from opening their account but Heath had worked hard to prevent a score with all players putting their bodies on the line. Heath then put in two good drives from Lee Brown and Chris Moore and when Ezra Hinchliffe broke through it looked as if Heath would score a try but Middlesbroughs cover defence worked to prevent any score. Middlesbrough continued to attack and Jack Crabtree was sin binned for a high tackle. The half ended with the visitors on the attack but it had been a hard fought game with Heath only reward that penalty score.

Chris Piper came on for Olly Cook as Middlesbrough started the second half but the game was only minutes old when the visitors full back sustained a broken leg in an innocuous tackle and the game was delayed for 10 minutes until the ambulance arrived. This seemed to inspire Middlesbrough as the game re-started with a scrum and they drove forwards to score a try under the posts and a lead of 7-3 after 43 minutes. Heath seemed to have lost momentum and when the visitors wing danced his way through a static Heath defence for a converted try the lead increased to 14-3 on 47 minutes. Jordan Moana replaced Matt Beasty and Jack Crabtree returned from the bin but they were left helpless as the Heath defence were stretched and a third converted try was scored in the corner 21-3 after 52 minutes. Middlesbrough then completed their fourth bonus point try on 57 minutes, 28-3 and the game was over with the Heath players stunned. Si Brown replaced Cameron Ramsden as Heath tried to get back into the game and find a spark to re-ignite them. Jordan Bradbrook and Callum Harriett-Brown linked up to move within 20 metres of the  visitors try-line and with the rest of  the players in support up popped Jason Merrie for a converted try, 28-10, with 15 minutes remaining. This seemed to lift Heath spirits but as they went looking for another score a loping pass was intercepted and Middlesbrough ran in a fifth try to kill the game, 35-10. However, Heath would not lie down and came back strong and when Lee Brown won line out ball Jordan Moana was on hand to score an unconverted try for a final score of 35-15. Heath went in search of a bonus point with Moana making a surging run but was tackled short of the line and when Peter Birkett released Ezra Hinchliffe. He was held up short again as Middlesbrough continued to withstand the onslaught and when Sam Pollard went on a run for the line again the visitors covering defence was on hand. Time was running out and as the referee blew for full time Heath had lost the game and with other results going against them slipped to fifth spot with Middlesbrough finishing in third. 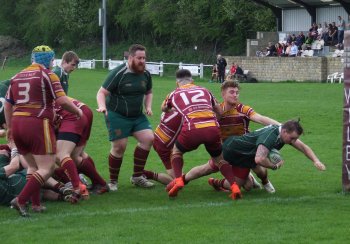 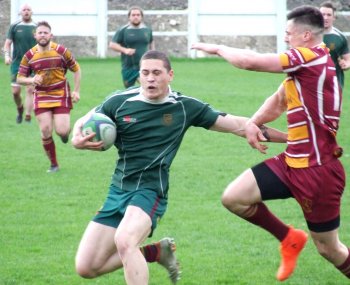 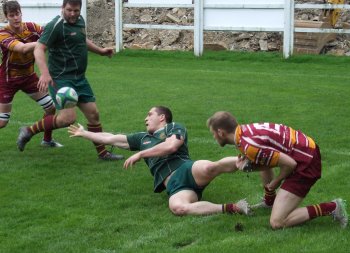 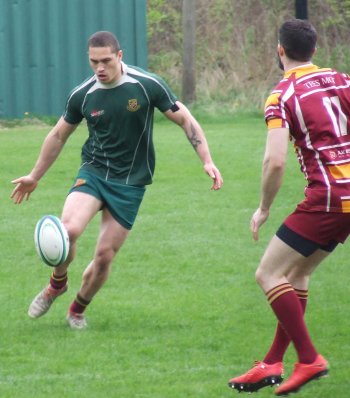 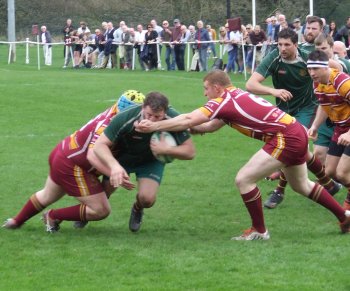 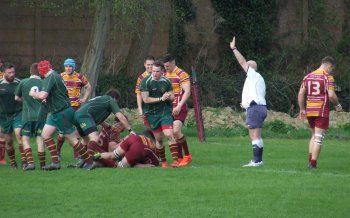 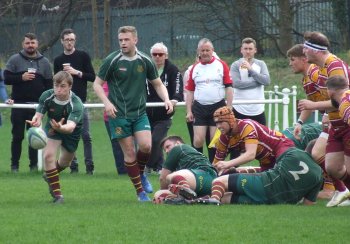 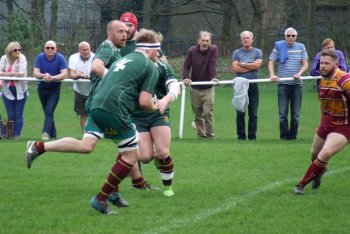 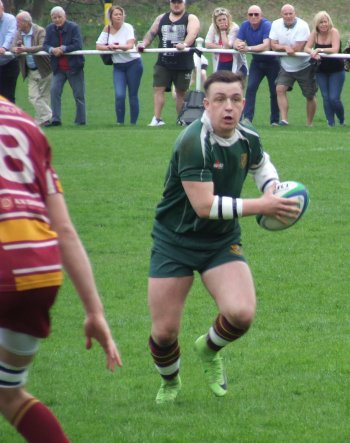 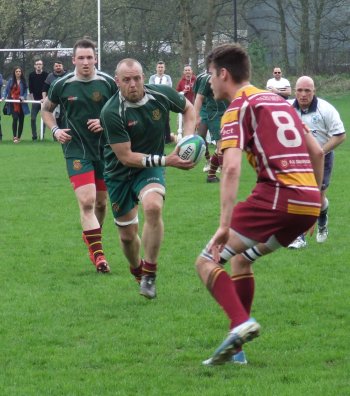 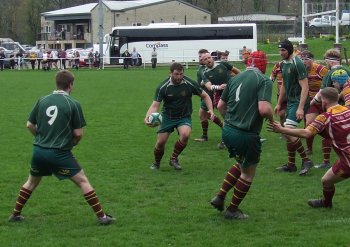 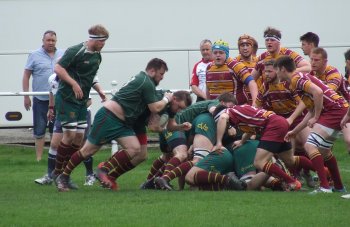 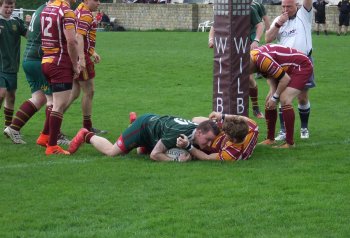