DRAW A FAIR RESULT FOR BOTH SIDES

Heath travelled to champions elect York looking for a result which would keep them in the frame for finishing in runners up spot and put in a tremendous performance of grit and determination before sharing the spoils at the end of another excellent advert for Level 7 rugby. Back into the team came Richard and Lee Brown to bolster a Heath pack which has dominated many games so far this season. In the backs out injured were duo Eddie Cartwright and Jordan Bradbrook so it was a start for Callum Harriett-Brown on the wing as Sam Pollard kept his place at full back with Cameron Ramsden at centre. On the bench was Chris Piper, Martyn Barnes and Jordan Moana making a welcome return.

A large crowd greeted both sides who entered the field in glorious sunny, conditions and the pitch  was perfect for serving up a feast  of  rugby and from the first whistle it was obvious this was going to be a bruising battle. Heath were definitely up for the encounter as they attacked a somewhat slow starting home team who could not cope with the initial onslaught. Both teams exchanged penalties but it was Heath who took advantage of their second penalty as Ezra Hinchliffe found touch 20 metres from the York try-line. Matt Beasty won line out and Jason Merrie drove towards the line. He was held up but Peter Birkett was quick to release Jack Crabtree who in turn linked with the supporting Sam Pollard and the veteran wing Si Brown signed off the move with an un-converted try in the corner and Heath led 5-0 with 5 minutes on the clock. The home side could not cope with the onslaught of the Heath side and infringed on numerous occasions Hinchliffe taking advantage to increase the visitors lead after 10 minutes to 8-0 after good work from Richard Brown and Merrie. Heath continued to take the game to York and the home side were reduced to thirteen players after two players were sin binned in quick succession. Hinchliffe increased the score-line after the second binning to 11-0 but from the re-start un-certainty from the Heath players allowed York to gain possession and score a try in the corner to pull the score-line back to 11-5. Heath could not take further advantage despite battering the home defence and York were back to full strength with no further score and from a break scored a second try on 33 minutes to get back into the game 11-10. Heath  needed to respond and a super  run from Peter Birkett saw him held up short of the line before the supporting Heath pack enabled Jason Merrie to get on the score-sheet with a try, converted by Hinchliffe and Heath led 18-10 at  half time in a first half where they had completely dominated.

Chris Piper came on for Olly Cook but York were in shock and had to change their game and began the second half with a different plan. Their backs began to hold on to the ball and stretched the visitors defence and only a superb covering tackle from Merrie on 50 minutes prevented a certain try for the home side. Merrie was injured in this deed but was patched up and returned to the battle as the whole Heath squad put their bodies on the line. York had a glaring penalty miss as they looked to get back on the score sheet and as Barnes came on for Matt Beasty the visitors seemed to be weathering the storm. Merrie  had to leave the  field which saw Jordan Moana enter the fray but the pressure eventually paid off as York scored a third unconverted try on 58 minutes and they were back in the game at 18-15. Heath managed to re-group and after York were reduced to 14 players again a clever cross field kick from Jack Crabtree enabled Sam Pollard to collect the ball. He off-loaded to the supporting Lee Brown and as the line was beckoning Brown released Jordan Moana to score Heaths third try on 66 minutes. Ezra Hinchliffe added the extras and Heath led 25-15 with the clock ticking down. Olly Cook came back on for Chris Piper as York responded with another attack. Si Brown was sin binned for a high tackle as the home pressure mounted and Lee Brown and Alex McFadden made telling contributions to keeping the home side at bay. Heath continued to keep York from scoring and as the game became fractious and when Richard Brown was sin-binned York looked to score but the player was held up over the line much to the relief of the Heath supporters. Si Brown came back on to help Heaths cause but with 5 minutes remaining the pressure told and York scored a bonus point, converted try, to pull the score back to 22-25. Heath needed to hold on but York were ruthless as they went in search of a score. Crabtree was injured and replaced by Merrie and Richard Brown came back on to bring Heath back up to full quota as both sides went looking for a score in a frantic finale. York levelled the scores with a penalty with minutes left and from the re-start Heath went back on the attack. York managed to get hold of the ball and put the ball dead to end a magnificent game of rugby which neither team deserved to lose.

So the monopoly game continues. York have managed to secure Mayfair by winning the league but Park Lane is up for grabs and next week the Heath v Middlesbrough game is yet another game of the week end in an exciting finish to the  season. Scarborough travel to Keighley  for their final game of the season looking for that win to maintain second spot but a Heath win could mean  a final showdown on the last Saturday of the month when York are the visitors to North Dean. 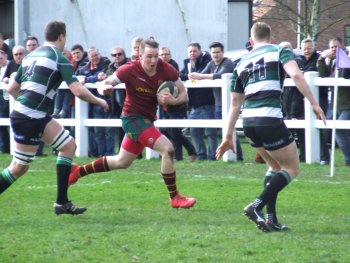 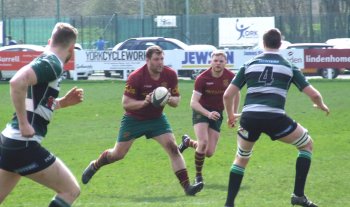 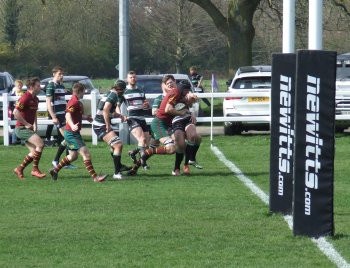 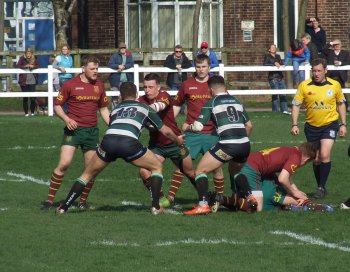 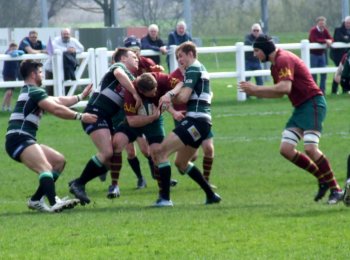 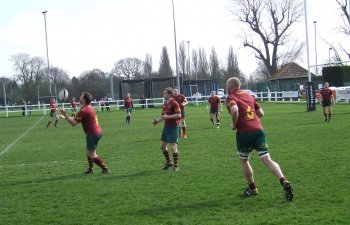 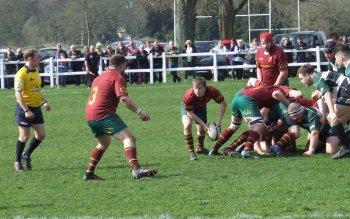 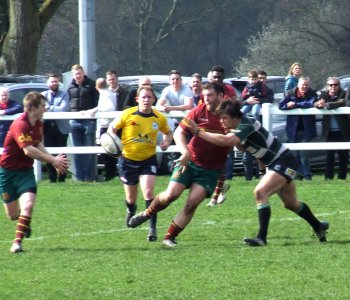 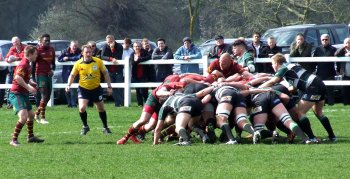 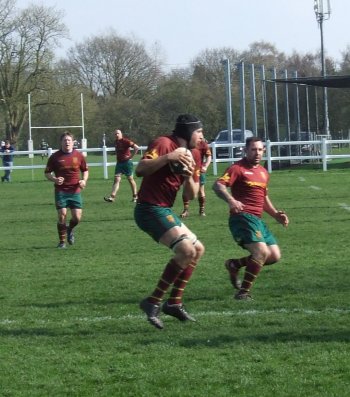 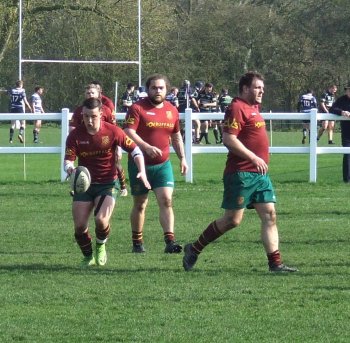 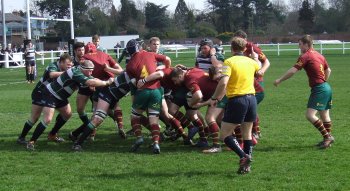 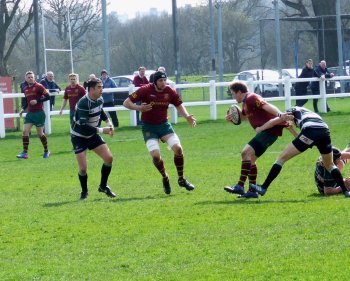 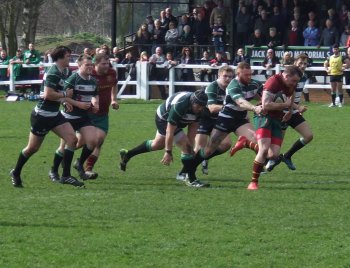