First run out for 3rds brings a good win.

Heath 3rd xv entertained local opposition, Old Rishworthians 3rd xv, at West Vale on a cool, dry afternoon. Heath had 15 players only and the game had to be played with uncontested scrums due to a lack of front row forwards in both teams.

Heath started strongly and regularly built up phases with good, recycled ball allowing scrum half, Andy WHITE and outside half, Colin HEWISON to dictate matters. They used big centre, Luke SMITH, to run the ball in with power and he broke the gain line on every occasion.

After 17 minutes, the home side took the lead after an earlier unsuccessful penalty attempt by Andy WHITE. The forwards drove the ball in well and after sucking in the Rish defence,  Andy WHITE put in a delicate chip to the corner and winger, Callum BULL dived on the ball in the in – goal area for a well taken try. The conversion was missed. 5 – 0.

Heath continued to dominate proceedings  but the Rish defence was very good and held until shortly before half time. The forwards  did the groundwork and when they had pushed Heath to within 10 metres of the Rish try line, the ball came out from a ruck and centre, SMITH, crossed the line for an unconverted try doubling the lead to 10 – 0. Shortly afterwards, referee James BEX blew for half time.

Heath dominated the first period with all 15 players putting in an excellent performance but the score was still too close for comfort and a similar second half effort was required.

Rishworthians had more possession in the second half but the Heath defence was rock solid and, in attack, Heath had a couple of ‘tries’ disallowed, both by Howard HANKS. Centre SMITH continued to cause havoc in the Rish defence and he was always well supported by team mates when he made a break.

Tank ALLEN and Jack RABY spent time off the field with injuries leaving Heath to play with 13 players for approximately 8 minutes. However, both returned to the fray after a short time and continued to make their presence felt.

After 67 minutes Heath had a scrum some 15 metres  from the Rish line and the ball was picked up at the base of the scrum by Gareth JONES who used his strength to score a try near the posts with Andy WHITE converting to give Heath a lead of 17 v 0.

Rish came back at Heath and put pressure on the home line but the Heath defence held. However, with the last play of the game Rish created an overlap on the right and scored a consolation try in the corner which was unconverted.  James BEX then blew for full time.

A very big thank you to all players who represented the club today in what was an enjoyable game for both spectators and, I am sure, players alike. Hopefully, we will be looking to definitely  play a game on the 2nd Saturday of each month as a minimum from now until the end of the season and I ask all players to keep the 11th November free in their diary. 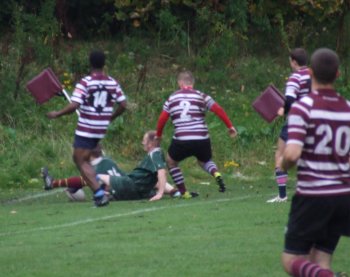 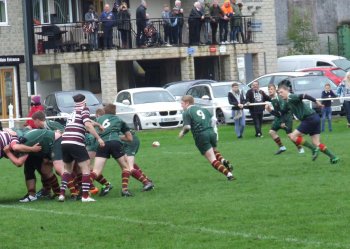 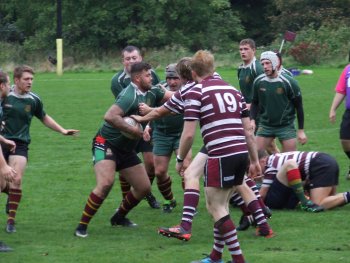 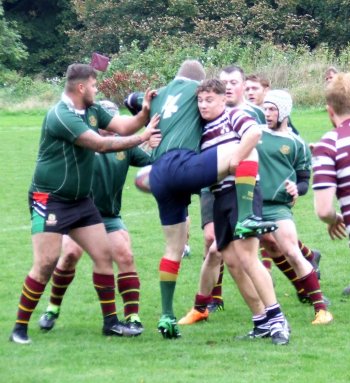 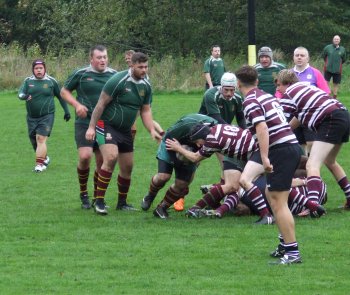 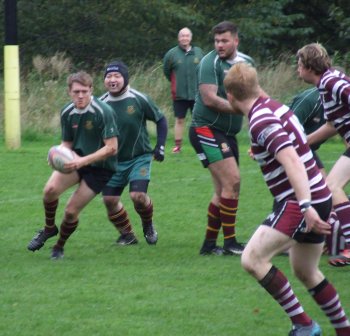 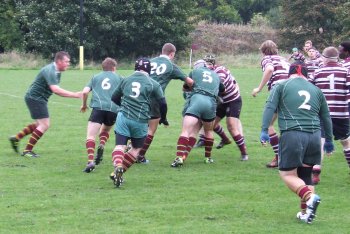