York run away with it in 2nd half.

Heath slumped to their heaviest defeat of the season as visitors York ran in ten tries to complete a five point haul in their quest for runners-up spot in Yorkshire 1 but it proved to be of no avail as West Leeds also had the win they required at North Ribblesdale to pinch second place by one point.

Jack Sheldrake passed a fitness test and started on the wing as Callum Harriett-Brown joined Chris Piper and Ian Downsborough on the bench in an otherwise unchanged Heath side. It was a bright start from the home team with Olly Cook making inroads into the York defence after 2 minutes but was held up over the line as a try looked certain. From the re-start Ben Maxwell was prominent and when Richard Brown and Cook set up the next attack Ezra Hinchliffes clever kick through just evaded Sheldrake and the ball went dead. York were under the cosh but when they eventually got control of the ball a break from wing Will Dunlop saw some inept tackling from Heath and he slipped the ball inside to supporting full back Neil McClure and he went over for an un-converted try 5-0 to the visitors. This stung Heath into a response and a flat pass from Ezra Hinchliffe to Eddie Cartwright saw the centre run through to score a try from nothing under the posts conversion by Hinchliffe and Heath led 7-5 with 10 minutes of play gone. Yorks response was immediate and captain Chris Fox again broke clear to release McClure for his second try to re-take the lead 12-7 on 13 minutes. Ian Downsborough came on for Martyn Barnes who went to the blood bin and Chris Piper replaced Ryan Hunter as coach Dave Harrison looked to stem the flow from a rampant York. Jason Bradbrook had a superb run but it was still all York. A penalty for the visitors, after a high tackle, hit the outside of the posts and Jack Sheldrake was on hand to get the ball dead as York looked to pick up the scraps. It was only a matter of time before York created an opening after some slack tackling from Heath to score a try by stand-off Toby Aitken on 32 minutes to increase their lead to 19-7. York were now on the hunt for the bonus point try but it was Heath who finished with a flurry and two penalties from Ezra Hinchliffe reduced the deficit to 13-19 as half time came.

Heath once again started the second half well and from an attack a clever kick from Hinchliffe saw the York defence throw the ball dead. From the resulting penalty Hinchliffe went for touch and when Matt Beasty caught the throw in he kept hold of the ball from the drive he scored Heaths second try, converted by Hinchliffe and the home side led 20-19 after 44 minutes. Cameron Ramsden was replaced by Callum Harriett-Brown and both teams looked for openings. York managed to click into overdrive and what followed next was an onslaught by the visiting team never before seen at North Dean. York took the game by the scruff of the neck and ran in seven unanswered tries in a twenty five minute period which saw a score of 20-19 in favour of the home side go to 66-20 to the visitors. Heath were woefull as they struggled to come to terms with the clinical finishing of the York team and were grasping at thin air as the ball was thrown around. However, Heath did keep battling and despite the scoreline kept going and managed to finish with a second try by Eddie Cartwright under the posts converted by Hinchliffe for a final score of 27-66.

A very disappointing result for Heath and not what they wanted as the end of season came. However, they will have plenty of time to reflect on the game and re-group over the summer as they prepare for the start of next season in September. 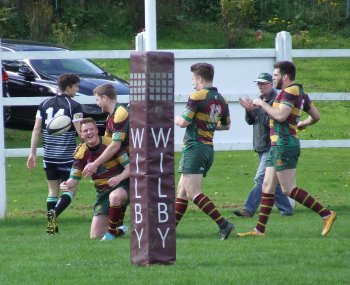 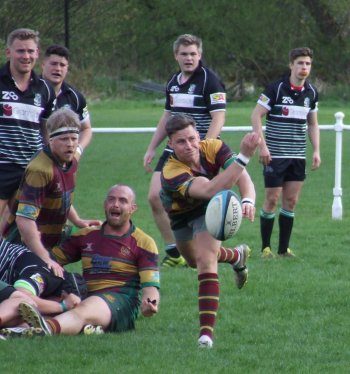 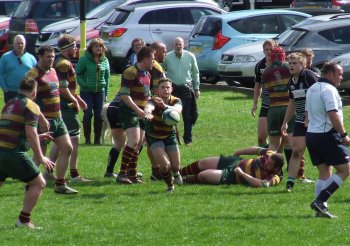 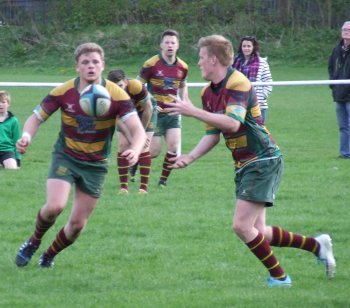 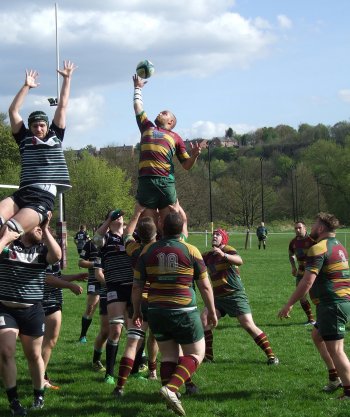 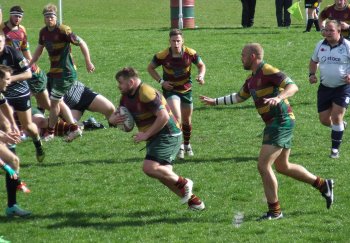 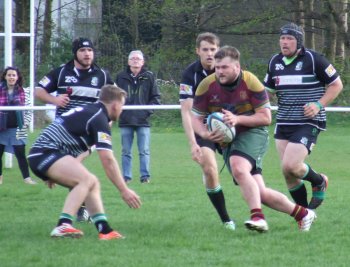 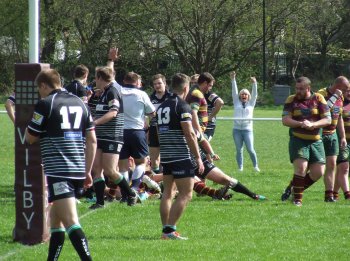