A disastrous day at the office for Heath as they entertained North Ribblesdale who came to North Dean looking for a win which would help them in their quest to move clear of the relegation places and they gave the home side a lesson in how to defend and spring a counter attack to perfection.

On a bright sunny day the visitors took control of the game as they surged forwards and were awarded a penalty after three minutes which stand-off Michael Thwaite took advantage for Ribb to lead 3-0. Heath had not started well and were struggling to get into motion and after eight minutes another penalty was missed by Thwaites and a let off for the home side. Heath were making too many mistakes and it wasn’t until the sixteenth minute that Jack Sheldrake broke clear and set up the home sides first real attack. North Ribblesdale responded with another attack. As the ball was scooped up by Olly Cook he set up a charge linking with Richard Brown and Eddie Cartwright but as hopes were raised for a counter attack Jordan Bradbrook dropped the ball which summed up Heaths woeful start to the game. Heath had no defence and a kick through from Martin Bokiss saw Luke Saltonstall manage to scramble the ball dead as Bokiiss was ready to pounce. The game was all Ribblesdale as Heath struggled to string passes together but when wing Dave Fox was sin-binned for a high tackle after twenty-five minutes this was Heaths chance to get into the game. From the resulting penalty Ezra Hinchliffe found touch. The line out was taken to Matt Beasty and from the surge forwards Dom Walsh released James Robson whose pass to Hinchliffe saw him scythe through the visitors defence to score a try under the posts. Hinchliffe converted and Heath led 7-3 much against the run of play. The try seemed to inject some life into the home side and they began to pull the visitors apart with strong link up play releasing Saltonstall and Jack Sheldrake who had good runs out on the wings. However, Heath could not find a way through and half time came.

Heath needed to pick up where they had finished but went back into their shell and allowed North Ribblesdale back into the game with a penalty from Thwaite to reduce the arrears to 7-6 after forty seven minutes. The game was all Ribb and on fifty five minutes they took the lead with yet another penalty as Thwaite made it 9-7. Heaths response was immediate and from the re-start Jordan Moana picked up a loose ball and charged 20 metres to the try line for an unconverted try and Heath led again 12-9. However, the visitors would not lie down and the game began to open up as both teams became frantic to score more points. Ryan Hunter had a good run followed by Olly Cook and Chris Moore but they could not find a way through the Ribb defence. This was probably Heaths best part of the game but in their quest for a break Heath gave away yet another penalty and Thwaite pulled the score level 12-12 with a quarter of the game remaining. Undettered, Heath still continued to look for that vital break and Tom Baxter linked well with Ben Maxwell and Cameron Ramsden but the Ribb defence once again held firm. In a Ribb attack Eddie Cartwright was sin-binned for an intentional knock on and this seemed to spur Ribb on to get that vital win. With Heath clinging on once again as the clock ticked down yet another penalty for Ribb allowed Thwaite to convert and snatch a win 15-12 in a game Heath will want to forget as quickly as possible.

This was not a good day for the home side and when you look at the penalty count Heath have to stop giving these away so easily. All the visitors points were from penalty kicks and there were a considerable number in addition to these which aided Ribbs case for a win. With the derby game next week against Old Brodleians coach Dave Harrison has a lot of work to do with his charges during the coming week. 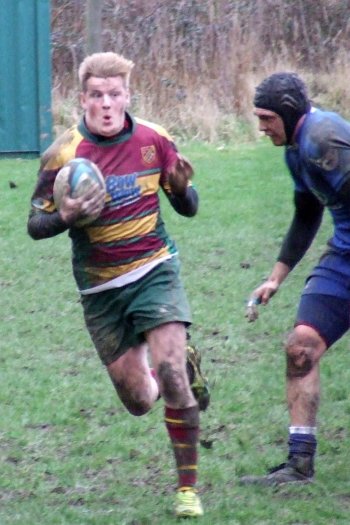 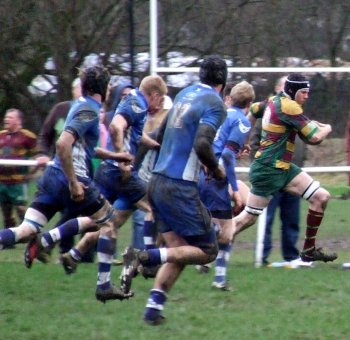 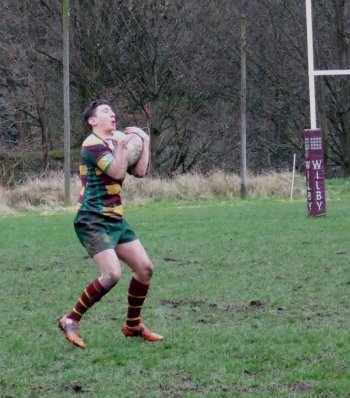 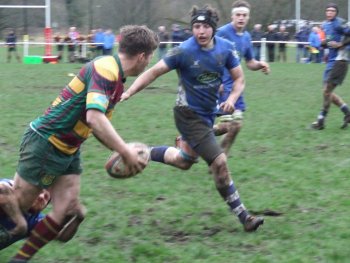 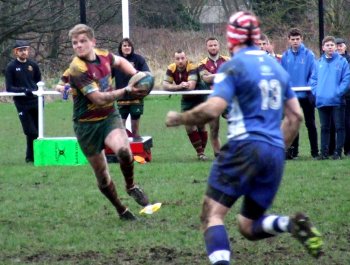 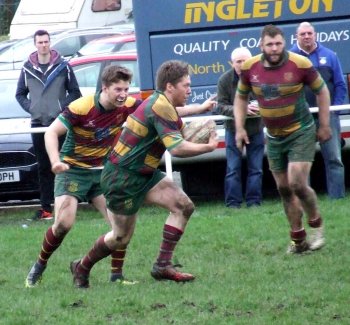 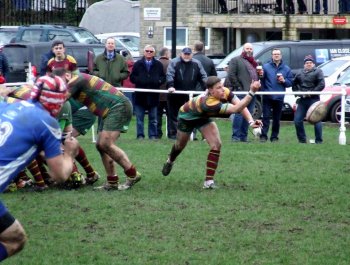 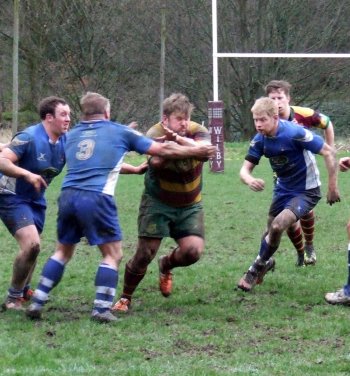 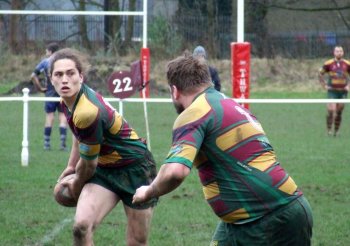