Excellent start, sets firm base for a good win.

Heath travelled to Hull for the first of three away games, in the next four weekends, against opponents on the East Coast. The ground was in good condition, the weather was fine and the sun shone. Heath made a superb start when a break from Jack Sheldrake released Eddie Cartwright whose clever reverse pass to the supporting Sheldrake produced Heaths first try. The conversion attempt hit the upright: 0  5.

Heaths effort was brilliant and when Dom Walsh picked up a ball on the 10 metres line he cleverly kicked through and the ball bounced kindly for him to run over unopposed for Heaths second try, which Jordan Bradbrook converted: 0  12 on 10 mins.

On 14 mins, Hullensians made their first real attack when a hole appeared in the visitors defence. Clever work by Cartwright and Bradbrook prevented a score. Shortly afterwards, the home side were awarded a penalty but the chance was missed.

Heath came back with fly half James Robson and centre Lewis Barrett involved in getting Heath going forward. However, a rare break from Hullensians enabled wingman Josh Langford to score a fine try in the corner which was not converted: 5  12 after 20 mins. Unfortunately, Bradbrook was injured in the tackle and had to leave the field, bringing on Ezra Hinchliffe with Cartwright dropping to fullback.

Ryan Hunter was doing sterling work in the lineout to release Robson and Walsh got a pass to Hinchliffe. Hullensians gave away a penalty, which Hinchliffe converted: 5  15 on 25 mins. Heath were in control and not allowing Hullensians any time on the ball.

In a rare Hullensians attack, Hunter won opposition lineout ball for Heath. Solid defence from the Heath pack allowed them to clear their lines but constant pressure from Hullensians eventually resulted in Ryan Baron powering over for their second try after slick passing created a chance for him. It was not converted: 10  15.

As half time approached, Heath responded with a clever kick from Cartwright with the home side having to take it dead. At the scrum, Richard Brown, Oliver Cook and Tom Baxter all went close but Hullensians held on until the half time whistle. This had been a good half for Heath who fully deserved their lead.

At the re-start, Jordan Moana came on, making his First XV debut, when he replaced Howard Hanks, to bolster the scrum. The visitors began the second half as they had ended the first, with fast flowing rugby. Only the referees ruling of a forward pass denied Sheldrake his second try, on 45 mins. Heath continued playing 15-man rugby, keeping the ball in hand as they looked to carve open the home defence.

On 50 mins, Cartwright was injured clearing an Hullensians attack. Hanks was brought back on the wing, Sheldrake moved into the centre and Hinchliffe went to fullback. Now it was the home team exerting all the pressure. Emlyn James came on for Alex McFadden and he was soon involved in the tackling stint close to Heaths try line as they hung on to prevent the home team from scoring. It was a real battle as Heath worked hard to retain their lead.

Hinchliffe put in a towering kick for touch, eventually, much to the relief of all the Heath contingent. With minutes left, Luke Saltenstall went over in the corner for Heaths third try to seal a thoroughly-deserved win: 10  20. Up one place in the league, has the corner been turned? 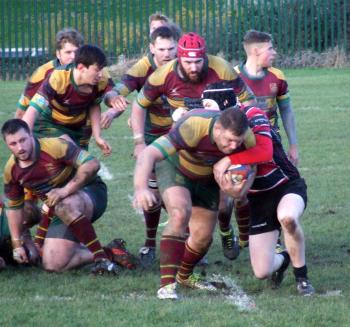 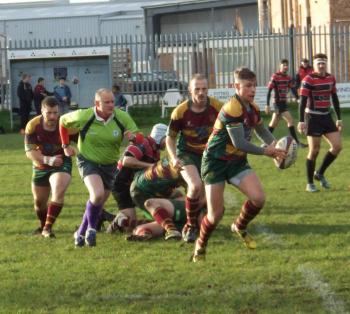 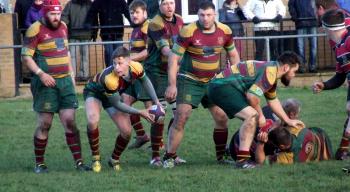 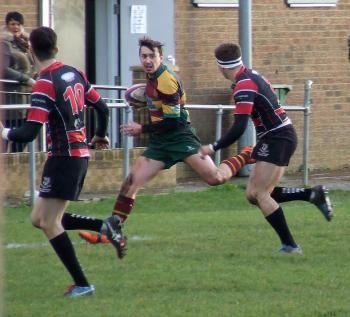 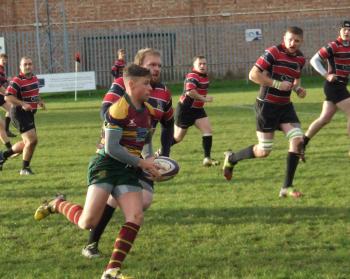 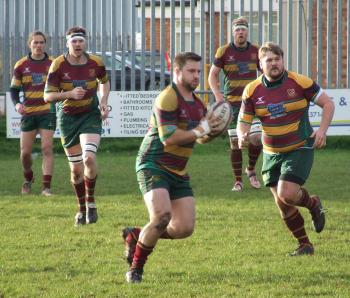 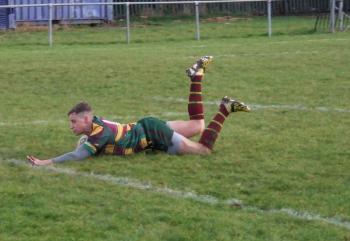 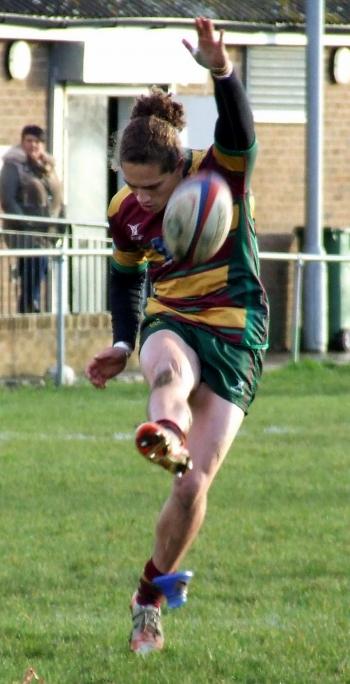 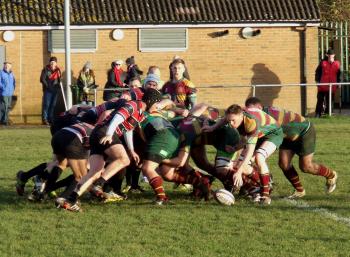