Ian Rushworth, from the Courier, came to the game, yesterday. Here's his Report:

Heath entertained local rivals Old Brodleians looking to avenge a defeat at Woodhead back in November. Coach Dave Harrison kept faith with the majority of players who had beaten Bradford Salem the previous week - the only changes being Cameron Ramsden who played at centre in place of the unavailable Jack Sheldrake and Matt Beasty in the second row who came in for Ian Downsborough who took a stint on the bench alongside Rondene Johnson and Mark Sales.

Brods kicked off, but it was Heath who made the better start as they probed for an opening. However, the Visitors had the first opportunity to get on the scoreboard on 5 minutes but the penalty kick was just wide. The Brods were beginning to build momentum and Sam Pollard and Callum Harriett-Brown had to be alert to clear dangerous kicks to find field position by them Eventually the continuous pressure from Brods paid off with a successful penalty kick on 15 minutes for them go in to the lead 3-0.

This seemed to spur Heath into action and when Fergus Marsden won line out ball Heaths back line passing was superb and Sam Pollard was halted just short of the Brods try-line. With Dom Walsh in support he released Ramsden whose short pass to Ezra Hinchliffe saw him go over the line for a converted try and Heath led 7- 3 after 25 minutes. Heath had been rewarded for some patient play.

Brods answer was immediate as they scored a try in the corner straight from kick off to retake the lead 8-7 and further increased their lead to 15-7 after 36 minutes as they started to dominate and ended the first half well on top.

The start of the second half saw Ian Downsborough and Rondene Johnson replace Howard Hanks and Olly Cook and they both had an immediate impact with Downsborough going close for a try before a couple of penalties given away by the visitors resulted in Hinchliffe reducing the arrears to 15-10 on 44 minutes.

Heath were now controlling the game and the Brods found it difficult to get back into the game as they struggled to cope with the Heath onslaught. A further penalty from Hinchliffe on 50 minutes saw the scoreboard read 15-13. The Heath forwards were dangerous and charge downs from Downsborough and Marsden set up try opportunities for Peter Birkett and Harriett-Brown but Brods were standing firm.

On 68 minutes Hanks and Mark Sales were next to come on for Birkett and Crabtree as coach Harrison threw caution to the wind looking for that elusive score and Hinchliffe went close with an attempted drop kick. Time was ticking but Heath remained patient and controlling the game as Sales began to organise play. Cook came back on for Matt Beasty with 5 minutes to go and when Hinchliiffe was successful with another drop kick on 76 minutes Heath had crept into the lead much to the relief of the large home supporters.

Brods were not beaten yet and a penalty from the restart gave them the opportunity to snatch the lead again. From 30 metres out the kick hit the post and bounced back into play and Heath cleared the danger. A frantic attempt from the visitors to get that elusive score in the last remaining minutes was handled well by the whole Heath team and when the final whistle came the game was won.

This was a typical derby match with Brods having the upper hand in the first half and Heath controlling play throughout the second half and fully deserving the win. A superb team effort from Heath had been well rewarded. 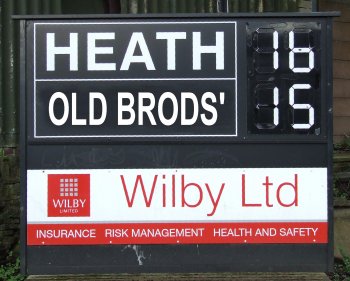 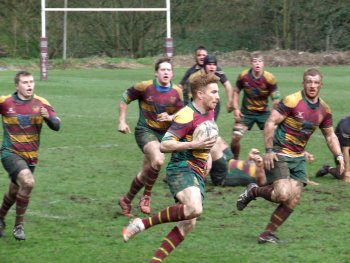 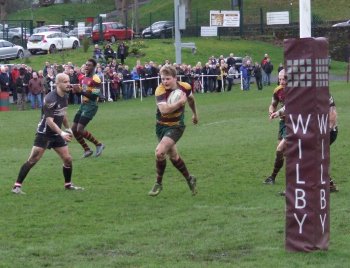 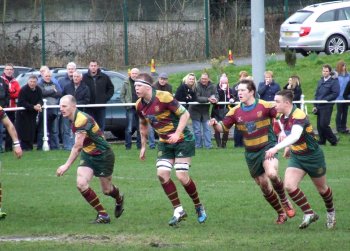 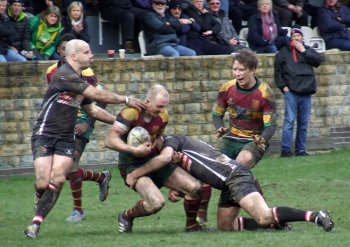 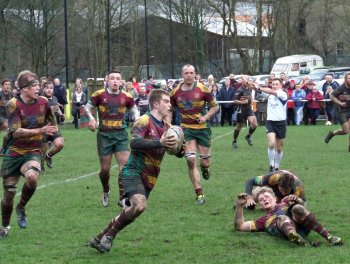 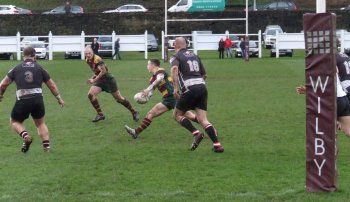 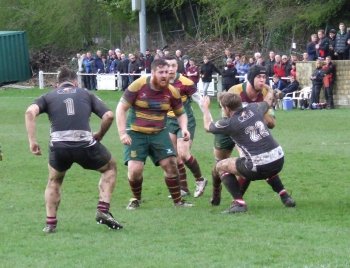 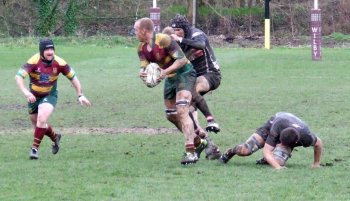 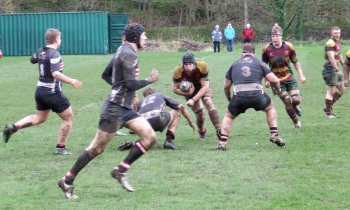 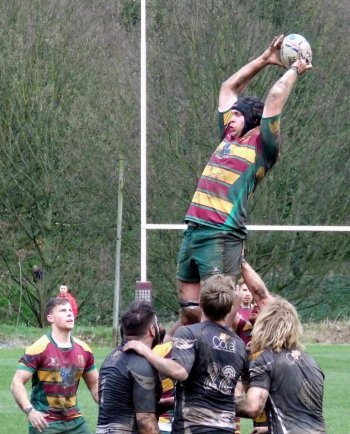 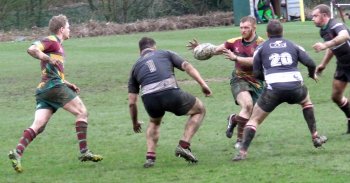 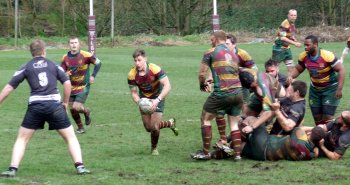 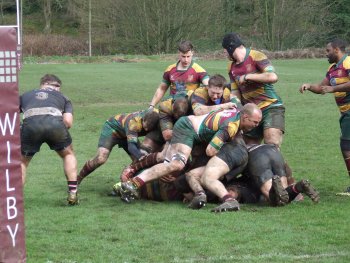 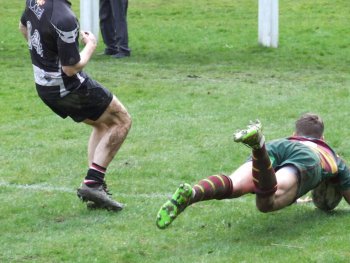