It's a double. Last quarter points secure an excellent win.

Heath had to wait until the last quarter of the game to secure a win against derby rivals Old Crossleyans which moved Heath up the table and sunk Crossleyans into the relegation places. Matt Baxendale came into the starting line- up after Callum Harriet-Brown failed a fitness test in an otherwise unchanged side, as coach Dave Harrison looked for consistency.

The game was changed from Broomfield, deemed unplayable, to the school field at Kensington. It started in blizzard conditions and it was Heath who made the best of them playing up the slope. Following a superb tackle from Josh White Old Crossleyans lost the services of goal kicker Ryan Sweeney in the first 5 minutes causing the home side to reorganise their back line and this seemed to ignite Crocs as they mounted an attack on the Heath try line. However, when the ball was spilled on the half way line Baxendale pounced and raced away to go under the posts for the opening try, converted by Ezra Hinchliffe and Heath led 7-0 after 12 minutes for a great start.

Conditions had improved and the home side once again began to put pressure on the Heath defence but could not find a way through. Mark Puttick and Howard Hanks replaced Ryan Hunter and Alex McFadden as Harrison looked to shore up the Heath defence and this had an immediate effect from a scrum 5 metres out as they won the ball and Hinchliffes booming kick cleared the danger on 27 minutes. A clever kick from Jack Crabtree saw the Crocs full back fumble the ball and, as the Heath pack swarmed all over the ball, the home side were caught off side in front of the posts and Hinchliffe increased the lead to 10-0 after 35 minutes. However, the Crocs looked to get on the scoresheet and once again became en- camped in the visitors 22 where they were rewarded with a try, unconverted, but now back in the game at 10-5 as the half time whistle sounded.

Playing down the slope the large number of Heath supporters were hoping for more possession and scoring opportunities, but it was the home side who came out fighting for another score to add to their lone try. When the referee awarded a penalty to Crocs in front of the Heath posts on 52 minutes much to the crowds surprise they opted to go for a scrum instead of a certain three points which would have got the score back to 10-8. The Heath defence stood firm and there followed a period of even play as both sides looked for an opening.

Chris Piper had to leave the field with an injury and McFadden came back on. Howard Hanks had a good run to set up a Heath attack which resulted in a penalty and Hinchliffe took the points, 13-5 after 62 minutes. The blizzard conditions returned and it was Heath who gradually took control of the game as the home side faltered.

On 70 minutes Marsden won a lineout in the Crocs corner and, as the ball went loose, up popped captain Dominic Walsh to score a try to increase Heaths lead to 18-5 and Crocs fate was sealed.

From the re-start Crocs were caught offside and then backchat from the home players resulted in Cayci Pearson being sin-binned and they were a spent force. With the clock running down it was Heath who held the upper hand becoming encamped in the home teams half.

Constant Crocs infringements resulted in the referee having no alternative but to award Heath a penalty try on 78 minutes, which increased the visitors lead to 25-5. Heath went in search of an elusive fourth try and an extra bonus point but the full time whistle came and the misery came to an end for the Crossleyans supporters . However, it was the Heath team and their loyal supporters who were elated after completing the league double over their nearest rivals.

This was a typical derby game with Heath defending brilliantly and creating breaks and then taking advantage of opportunities that were handed to them.

Finally - Ian Rushworth attended the game to cover it for the Hx Courier. Here's the link to his Report: 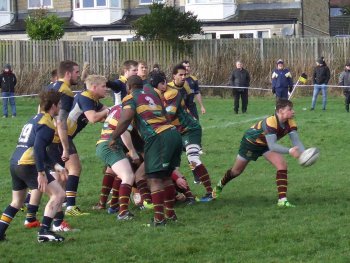 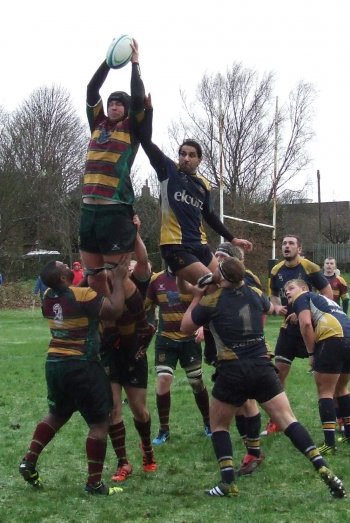 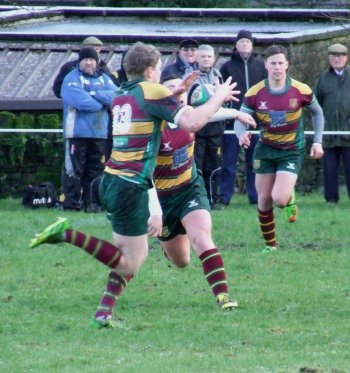 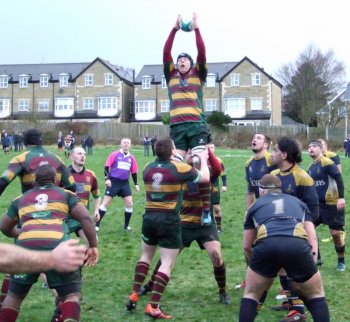 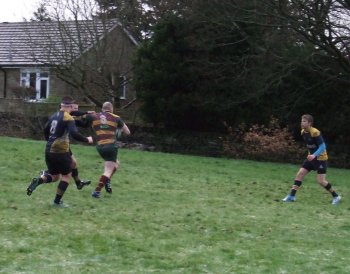 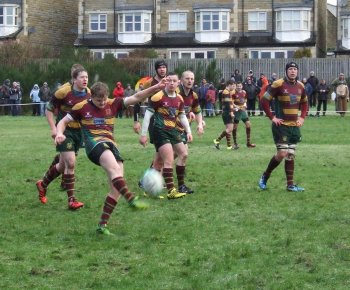 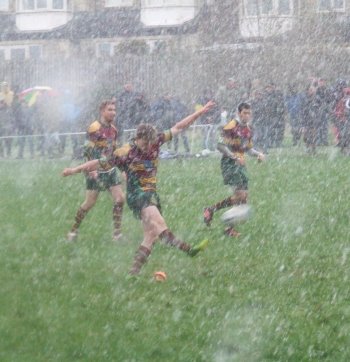