After the lay-off, a disappointing start to New Year.

Having only played one league game in the last seven weeks, Heath travelled to the East coast looking to avenge a narrow home loss at the start of the season but found life difficult against a strong home defence. The only change to the selected side was the introduction onto the bench of Tobias Hinchliffe making his first team debut after several excellent performances in the seconds.

Heath had the worst possible start to the match as they conceded a try in the first 3 minutes when Jason Conroy cut through the visitors defence to open the Hullensians account with full back Guy Martinson adding the extras for a 7-0 lead. From the restart Matt Baxendale charged down an attempted clearance to set up a first attack for Heath and, as the ball moved across the paddock, Callum Harriet-Brown was brought down illegally and Ezra Hinchliffe reduced the arrears with a penalty after 7 minutes, 7-3.

Both teams began to test each other out with two excellent kicks from Jack Crabtree and Hinchliffe ensured Heath gradually having the advantage but they could not capitalise on it and were susceptible to the break. Josh White and Peter Birkett were next in the firing line as Heath became encamped in the home sides 22 but a missed pass saw Hullensians break, running nearly the full length, before Si Brown put in a try saving tackle. Shortly after this, Matt Baxendale was sin-binned for a high tackle - much to the astonishment of the sizeable crowd of Heath supporters and Hullensians mounted the pressure as Heath battled to keep them out. A stray pass from Dom Walsh was seized upon by the home side and, as Heath frantically tried to keep the home forwards out, Harriet-Brown was sin binned for an intentional knock on. With the visitors down to thirteen players Hullensians were awarded a penalty and Chris Harding increased their lead to 10-3 after 30 minutes.

Baxendale returned to the fray and then Josh White was instrumental in setting up an attack for Heath as they went in search of a score. He linked well with Matt Beasty and Cameron Ramsden as the home side were going backwards but Hinchliffe could not capitalise with a score as his penalty kick, just before half time, went wide.

An injury to Matt Beasty saw Daz Neilly enter the fray, after the break, but it was Hullensians who started the best as they looked to increase their lead. However, Heath had re-grouped and were gradually turning the screw and when Hulls centre Ollie Emanuel was sin binned, following a fracas at a scrum, they were down to 14 and up against it. This advantage could not be turned into points and, once again, Hullensians broke clear only for Ezra Hinchliffe and Mark Puttick to put in two telling tackles to quash the attack.

Howard Hanks entered the pitch as Heaths coaching team looked for some inspiration and he was quickly into the game with two telling runs. This enabled Jack Crabtree to produce a cross field kick and Baxendale only just failed to connect for a try. Hullensians battled to keep Heath at bay and, from a rare attack, a penalty to increase their lead hit the post and Heath were relieved to find touch. However, with the visitors at sixes and sevens Hullensians increased their lead on 68 minutes with another penalty, 13-3. With time running out Tobias Hinchliffe replaced Harriet- Brown and was quickly into the action with a couple of runs before a telling charge from Alex McFadden following a Heath onslaught on the home sides try line saw Hullensians concede a penalty and Hinchliffe took the points with 2 minutes remaining, 13-6. Heath were now looking for a try but the restart saw a mistake and Hullensians capitalised with an unconverted try from Aaron Williams for the home side to run out winners 18-6 and the final whistle was sounded.

A disappointing day for Heath who failed to capitalise when they had the advantage and were caught out with quick breaks from the home side who completed the double. Heath will have to re-group quickly as they entertain York next week in what will be a crucial game for them to get back on track. 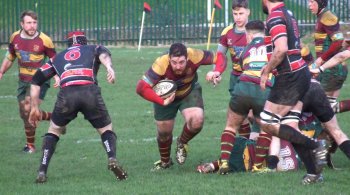 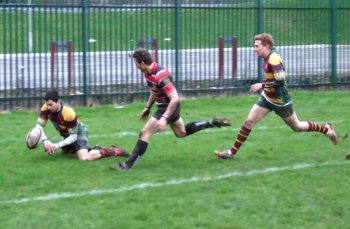 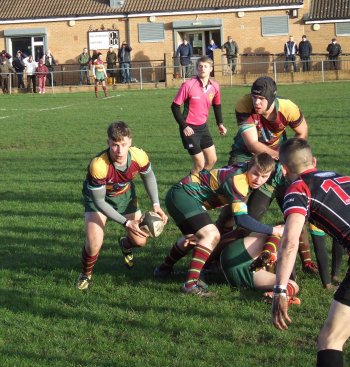 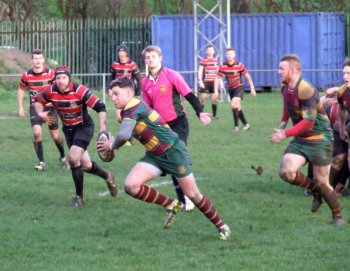 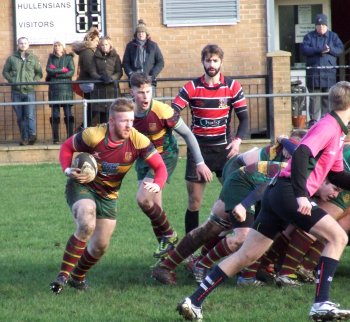 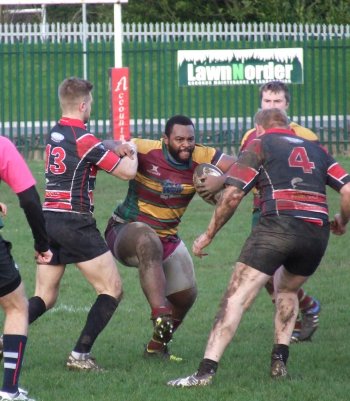 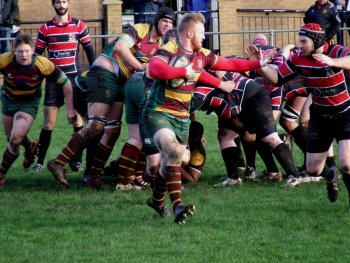 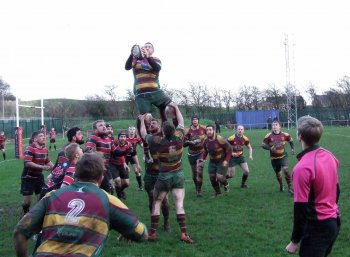 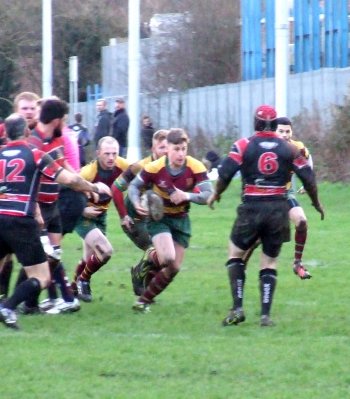