For Heath, Fergus Marsden was a late withdrawal from the selected squad and Alistair Gordon came in. Selby kicked off in dry conditions and they were soon awarded a penalty but the kick fell well short of the posts. It wasnt until the 10th minute that Heath put together some form of rugby, giving Alistair Gordon a simple run-in for a try. The conversion attempt was unsuccessful but Heath led 5  0

Heath were now finding their feet, with the pack dominating the lineout ball. Mark Puttick went close following a quick tap penalty by Dominic Walsh and Selby were pulled all over the field.

Peter Birkett was having a solid game at fullback and he set up the next real attack with Matt Baxendale, Walsh and Si Brown who was bundled into touch just 5 metres short of the line, on 20 mins. From the lineout Heath were in possession and a series of passes opened the way for Ian Downsborough to score the second try which was again unconverted: 10  0 on 22 mins.

Heath were playing good open rugby and Darren Neilly was next to make a charge but he had to leave the field with a head injury, bringing Olly Cook on to the field on 28 mins. Walsh took a quick penalty to set up Josh White and Ben Hinsley for Cook to be held up over the line on 32 mins. From the five yard scrum, slick handling by Jack Crabtree and Ezra Hinchliffe eventually led to Josh White scoring a try. Hinchliffe converted: 17  0 on 34 mins.

The game petered out as half time approached with Heath well in control. The conditions had gradually become wetter as the game progressed but the speed and handling of both teams remained at a surprisingly high standard.

The second half began in a steady downpour but Heaths spirits remained high and they were awarded a penalty on 43 mins which Hinchliffe converted: 20  0. Two minutes later, Brown and Rondene Johnson came off and were replaced by Callum Harriett-Brown and Chris Piper. Conditions deteriorated and mistakes began to appear. Neilly went back on to replace Gordon on 52 mins though soon afterwards Ian Downsborough was sin-binned.

It was in the 65th minute that Neilly made a 20 metres run before passing to Hinchliffe whose kick through was perfect for Harriett-Brown to chase and touchdown for the bonus-point try. There was no conversion but Heath were now 25  0 up.

With an excellent kick, Birkett set up the next attack for the Heath. After that, Piper and Alex McFadden were involved in a charge on 77 mins but even with the clock running down Selby continued striving hard. Heath were trying to keep a clean sheet but at the death the visitors prop Greg Nadle scored a try which fullback Ben Lunt converted: 25  7.

This was a good, workmanlike performance from Heath against a Selby team which never gave up. Heath took their chances and gave little away. They will be looking forward to the local derby at Old Brodleians next week! 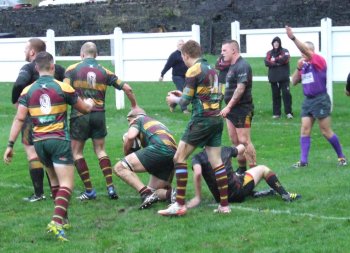 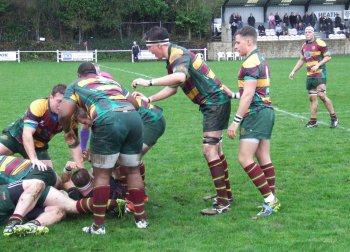 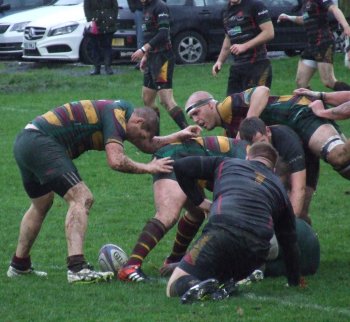 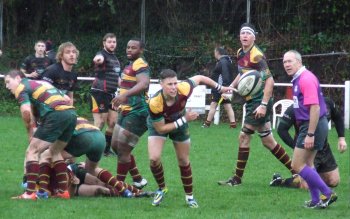 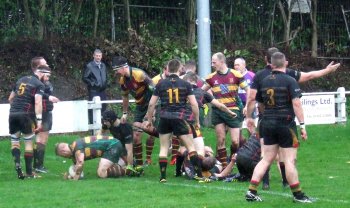 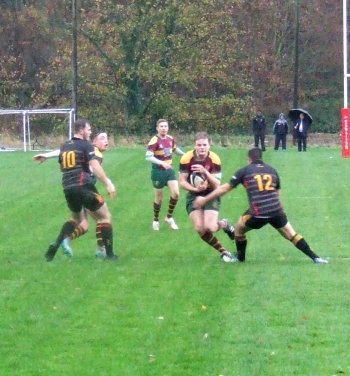 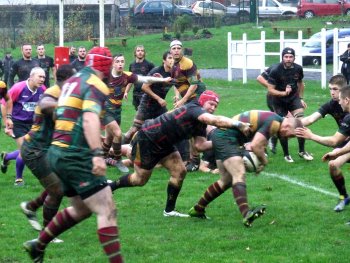 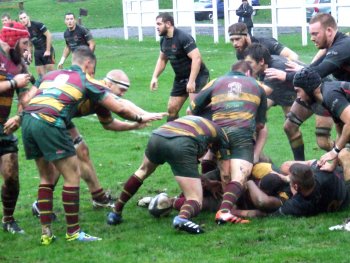