Rondene Johnson, Fergus Marsden and Ezra Hinchliffe were all missing so Coach Dave Harrison had to re-shuffle his squad once again. Alex McFadden moved up to prop for Johnson, Olly Cook came into the boiler room for Fergus Marsden. Howard Hanks slotted into the back row and Cameron Ramsden moved to centre for Hinchliffe. Si Brown opened at fullback and Matt Baxendale resumed on the wing. A new bench contained Gareth Webb, Jack Raby and Emlyn James. It was said that York were similarly afflicted with changes!

In superb conditions Heath kicked off up the slope and for the opening 10 mins had most of the game. Matt Beasty was winning good lineout ball and both wingmen, Baxendale and Callum Harriett-Brown made strong runs.

A rare foray by York into the Heath 22 was defended well by Si Brown then from a lineout Ian Downsborough won possession. Quick hands across the back line shifted the ball to Harriett-Brown. He had plenty to do but managed to evade would-be tacklers to score a great try on 13 mins. It was unconverted but Heath led: 0  5.

Heath were playing good, entertaining rugby moving the ball about and Puttick made a strong run before having his pass intercepted. Half-backs Dom Walsh and Sid Sales were dominating play and York struggled, giving away a penalty in front of the posts which Sales converted on 20 mins: 0  8.

Continuing pressure by Heath involving Cook, Chris Piper and McFadden got Sales into position to drop a goal which extended the visitors lead to 0  11 on 23 mins. Next, Baxendale was influential in driving Heath forward and the ball came to Mark Puttick lurking on the wing and he showed style, pace and panache to score a try which Sales converted to take the score to 0  18 on 27 mins.

It wasnt until the 30th minute that York mounted their first real attack. After several attempted challenges the ball came out to wing George Davies and he opened the home teams account with an unconverted try: 5  18.

Heath came back strongly but when Si Brown defused an attack by York he was sin-binned after Baxendale had done the hard work with a superb cover tackle on 37 mins. Heath held out until half time to conclude a great first half performance.

York came out of the blocks with all guns firing in the second half, putting Heath under the cosh and they scored a try on 45 mins to peg the score to 10  18. Darren Neilly led Heaths response, surging forward. Brown came back on and James replaced Cook. The impact was immediate as Heath attacked again and a slick pass to Ben Hinsley put him in position to power through for a try, converted by Sales: 10 - 25 on 50 mins.

In what was becoming a see-saw game, York stormed back and Heath gave away a penalty on 54 mins: 13  25. York were taking control at this stage and scored another try in the corner with the attempted conversion hitting the post. 18  25 on 56 mins.
Puttick and Hanks made way for Cook and Raby, ( Rabys first, 1st XV appearance), to come on.

With 20 mins remaining, it was all to play for. Heath stormed back, looking for an opening but York withstood the onslaught. When Hinsley was tackled high, Sales opted for the kick and made the score 18  28 in Heaths favour on 65 mins.

Even play followed before York broke clear but the threat came to nought. James and Baxendale went off to be replaced by Puttick and Webb for the final 10 mins.

Both sides continued striving for the win in a game which was there for the taking. York were pressing for a score as the clock ticked down and Heaths Matt Beasty was sin-binned for an infringement with 2 mins left.

York were encamped in the Heath 22 but the visitors held firm with every player fully committed to the cause. Despite Yorks efforts, when the referee blew for full time Heath had manufactured a victory at a ground where it is difficult to win. They took 4 well-deserved points and can now look forward to a home derby against Old Crossleyans next week, 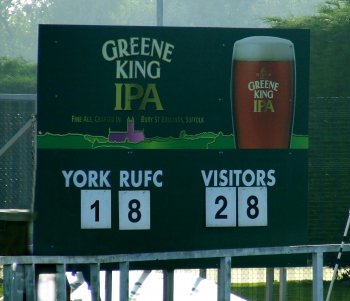 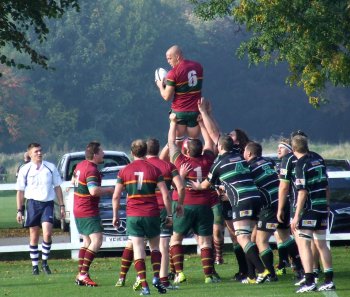 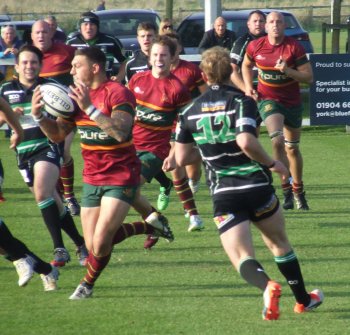 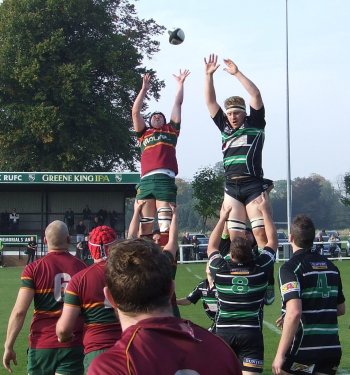 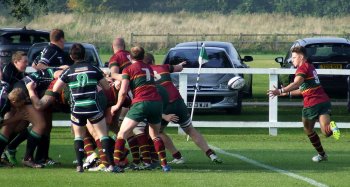 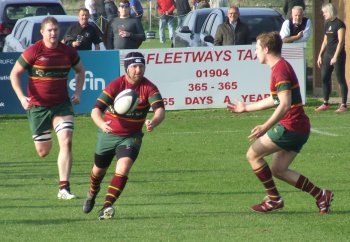 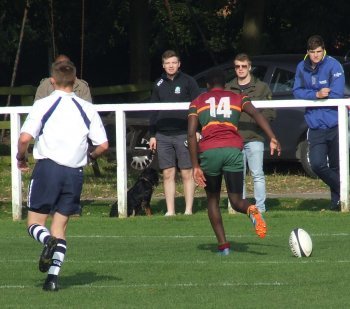 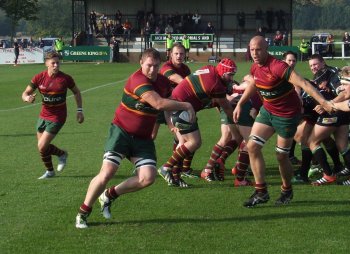 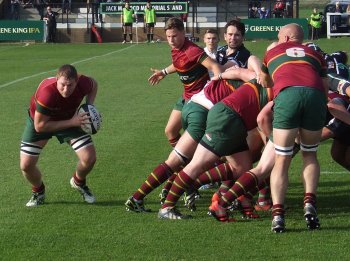 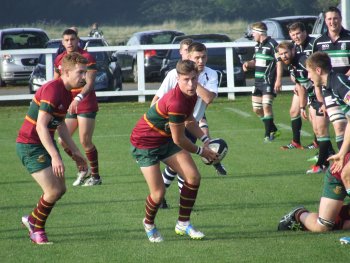