A FEAST OF TRIES

Heath welcomed South Yorkshire rivals Wath to North Dean looking to secure a victory to ease away from the relegation places. Their cause was not helped with the late withdrawals of Barrie Mather, still not recovered from injury and Hamish Pratt, family illness, so in came Jacob Storey and Martyn Barnes.

With both sides level on points in the league it was vital for Heath to get off to a good start and in the first few minutes they went close to scoring tries on two occasions only to be pulled up for forward passes. However, in the 5th minute full back Eddie Cartwright finished off a superb flowing move to go over for an unconverted try and Heath had the perfect start. The try seemed to spur the visitors into action and they stormed the Heath defence. Mark Puttick, Chris Piper and Ian Downsborough put in some sterling tackles but they could not hold out and in the 18th minute Waths wing Sam Holt levelled the scores with a try. A missed penalty by Heath prevented them taking the lead in the 20th minute before Wath pulled ahead in the 28th minute with yet another penalty attempt. Darren Neilly, Piper and Olly Cook linked well to feed Ezra Hinchliffe and his superb kick from the Heath half found touch 5 metres from the Wath try line but the visitors withstood the onslaught and kept hold of their lead as the half time whistle blew.

Will Sellars and Cameron Ramsden came on for Barnes and Storey as Heath went looking for a quick score and the home crowd were rewarded in the 41st minute with a try. Craig Hepptenstall was held up short of the line but quick hands from Dom Walsh and Ezra Hinchliffe released Captain Mark Puttick to go under the posts for a converted try, 12-8 to the home side. Back came Wath and they put Heath under constant pressure for the next 20 minutes looking for a try but Heath stood firm and when the home side paid a visit into the Wath 22 strong runs from Cook and Piper resulted in Wath giving away a penalty which was taken by Hinchliffe to extend the lead to 15-8 on 62 minutes. This had the desired effect for Heath as Wath ran out of steam. Constant probing by Walsh and Hinchliffe saw man of the match Olly Cook score a try on 73 minutes followed by a bonus point fourth try by Hinchliffe after good work from Downsborough and Neilly. Heath were comfortable at 25-8. Wath had no answer to the brilliant team work from Heath and Hinchliffe jinked his way over the line for his second try to leave a final score of 32-8.

Heath fully deserved their win, scoring three tries in the final 10 minutes of the match to earn a vital five points and send the crowd home in a happy mood. Next up is the long trip to Middlesbrough who were surprisingly trounced by Malton and Norton and Heath will be looking for an elusive away day win.

Ian Rushworth, from the Halifax Courier, also reported on this game. See what he says at: 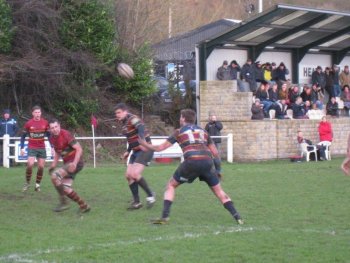 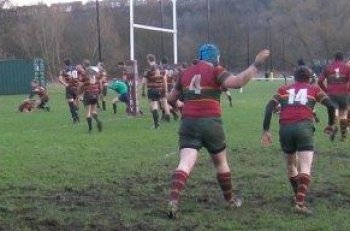 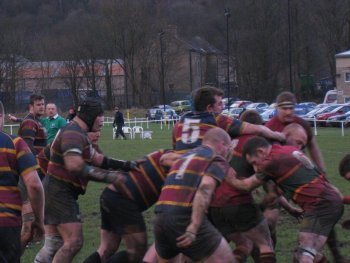 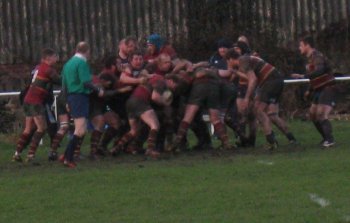