Reported by Morgar
<< BACK
FINAL SCORE: Malton and Norton RUFC 36 vs Heath RUFC 6

Heath opened their 2015 campaign with a trip to promotion-contenders, Malton & Norton. Influential forwards player-coach, Hamish Pratt returned to the back row after missing recent matches.

On a fine, sunny afternoon, the home team kicked off and were fast out of the blocks. The scoreboard began ticking after 2 mins when Maltons pack rumbled down the slope with a series of drives culminating in prop forward Featherstone notching his first try: 5  0.

Heath survived further pressure on their own line and after 10 mins set foot in their opponents half for the first time. After Maltons centre Dyantjies was sin-binned Heath made progress up the field with good handling but Malton picked up a stray pass and were able to alleviate the pressure.
Although Heath were improving, it was Malton who looked very confident with ball in hand.

Soon afterwards, Malton mounted another rolling maul with the slope for second row forward Emms to touch down. Sodladla converted to make it 15  3 after 27 mins. In spite of this setback, Heath quickly took play back into the Malton half but the Malton captain, Triffit, snaffled a loose ball. Finding himself unmarked, he pinned back his ears and charged down the hill to score just wide of the posts. Sodladla made no mistake adding the extras to a rather soft try which probably turned the game for the hosts: 22  3 on 29 mins.

A passage of even play followed during which Hinchliffe was yellow-carded and Olly Cook was injured, but there was no further score before half time.

From the restart, Heath made plain their intention to use forward power down the hill and obtained a penalty within 60 seconds. Cartwright converted to reduce the deficit to 22  6. Malton then gave another display of the brilliant handling and recycling skills that had been a feature of the first half  but Heath kept them out with some determined tackling and Hinchliffe came back on the field. However, 10 mins into the half, the Malton forwards steamed ahead and Featherstone scored his second try which Sodladla converted to make it 29  6.

Heath were in no mood to concede and a sparkling run from Webb followed by a kick through from Hinchliffe got them to the Malton 22m line. Then, Heath kicked possession away providing Maltons strength in the backs with ball and space to use it and twice they almost scored but Heath kept them out. But they had no answer to Sodladla when he made a brilliant 40 metre run through the middle, leaving the Heath defence in tatters as he scored under the posts  then converted his own try for the final score of the match, on 61 mins: 36  6.

Heath were not done and debutant Dobson made a brave run down the wing before he was stopped just short. Heaths pack was now dominating and they pressed hard before putting a free kick in touch near the corner. Then Cartwright (by now, playing at fly half) and Dobson combined well but they could not beat the home backs and Heath must question why they chose to employ backs when their pack was in the ascendancy so close to the opposition line. Time ran out, with Heath finishing strongly but on the wrong side of the score.

Yet again, this was a good performance from Heaths developing side against a team second in the league. There was much to applaud in the way all the players gave their best efforts but they suffered the consequences of some poor decision-making, and inability to re-cycle and retain the ball. They were given an object-lesson in these aspects of the game by Malton. Nevertheless, on todays showing they will continue to be worthy of Yorkshire One status. 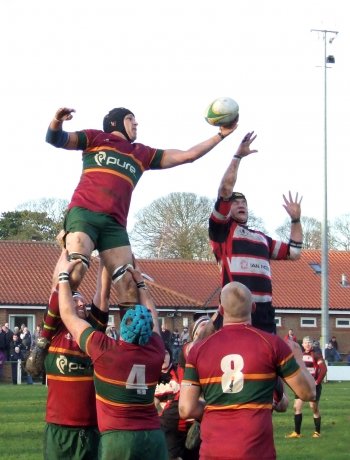 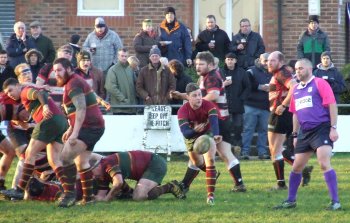 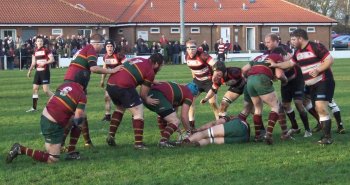 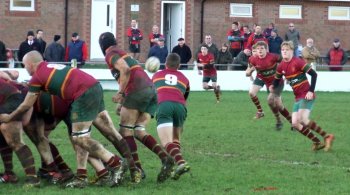 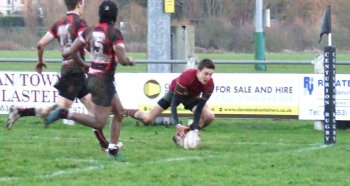 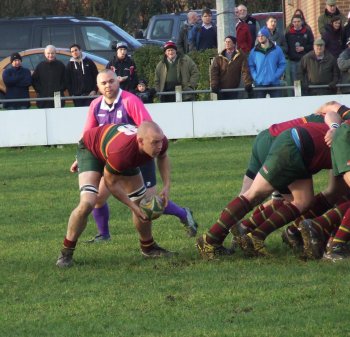 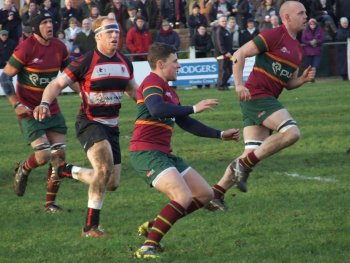 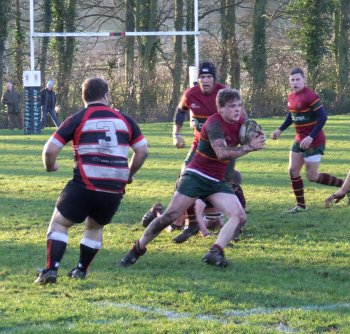 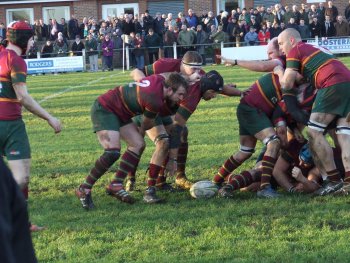 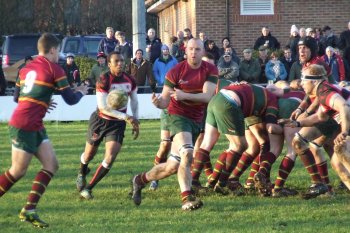