Heath 2nd xv entertained Old Brodleians 2ndXV at West Vale in a game which would test the home side against opposition 2 divisions higher in the league set up. The game kicked off early to enable the players to watch the 1st XV encounter taking place at 2.15pm.

Heath settled into the game very quickly and they were certainly giving as good as they got. After 12 minutes, Heath deservedly took the lead when the forwards took the ball into the Brods half and after a couple of quick recycled possessions, the ball was passed down the line where full back, Josh LISTER, did a couple of sidesteps before offloading to flanker, Jordan MOANA who ran 22 metres to score in the corner. Young Jacob STOREY kicked an excellent conversion from the touchline. 7  0.

However, Brods hit back quickly when their backs ran the ball from their own 22 to the Heath 22. The forwards then took over and after a couple of drives, the ball was released to the backs where the centre passed to the right winger. The ball hit the wingers arm and, fortuitously, the ball found its way back into the hands of the centre who scored a try in the corner. The conversion was missed. 7  5

The game remained very evenly  balanced with both sides probing. However, the 2 defences were solid and the score line remained the same until after 24 minutes, Heath were awarded a penalty in front of the posts some 22 metres out. Jacob STOREY made no mistake. 10  5

Again, Brods hit back with an unconverted try when they won a lineout on the Heath 22. The ball was passed down the line and the centre who had scored the previous try scored in the corner. The conversion was unsuccessful. 10  10 after 30 minutes.

Heath kicked off the second half and although Brods got possession, they lost the ball in contact when prop, Roger HAMMOND stripped the ball carrier. The forwards drove on and when the ball was released to the backs, outside half, Jacob STOREY kicked towards the corner forcing the Brods full back to secure and run into touch. From the ensuing lineout, the ball was won and passed all the way along the back line where fullback, Josh LISTER, entered the line to make the overlap. He then stepped inside to score an excellent team try. The conversion was narrowly wide for Jacob STOREY. 15  10 after 42 minutes.

Once more, Brods then increased their tally from a converted try after 46 minutes. Heath kicked out of their own 22. Although players chased, the ball carrier was allowed to run past the first Heath man up. The home side were now on the back foot and the ball was passed out wide to the left and a score under the posts followed. 15  17.

The game remained evenly poised with both sides pressing but being met by good defence. After 58 minutes, Heath were awarded a penalty in the Brods 22 but opted to kick to the corner for a lineout. Unfortunately, although they got the ball from the lineout, they were unable to breach the Brods defence and the ball was cleared.

After 64 minutes, Brods increased their lead when they were able to take a foothold in the Heath 22 and after a number of forward drives, the ball was placed over the line under the crossbar. The conversion was successful. 15  24

After 72 minutes, Heath kicked deep into the Brods half finding touch. Brods took a quick throw  in but the receiver was immediately under pressure and, when tackled, he failed to release the ball and was subsequently penalised. Jacob STOREY made no mistake with the kick. 18  24.

The remainder of the game was a stalemate and referee, David BROOKSBANK, who had an excellent game, brought the game to an end.

This was a game played in an excellent spirit between 2 sides who, on the day, were evenly matched. However, Brods took the spoils and, on the balance of play, just about deserved it. The Heath lads, with only the 15 players who took to the pitch at the start of the game, stuck to their task and all 15 performed admirably against higher  ranked opposition.

Man of the match awards go to prop Lee McNAMEE who performed well in both tight and loose and outside half, Jacob STOREY who put in an assured performance at 10. 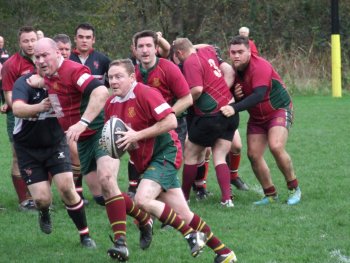 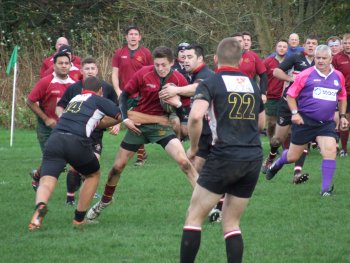 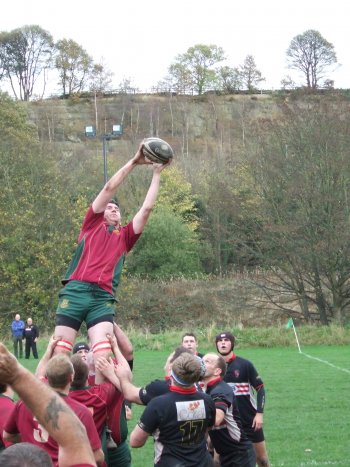 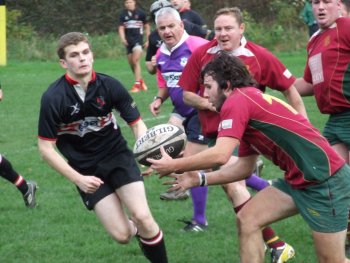