Report of game reproduced here courtesy of the Halifax Courier.

Heath consigned two agonising derby defeats at the hands of Old Brodleians last season to history with a 14-3 home success over their arch rivals in Yorkshire One yesterday.

An 11-point burst in the space of 15 minutes in the second half, including the only try from Jack Sheldrake, gave them victory at North Dean in the battle of the bottom two.
The first bonfires of the season were lit later in the day and a typical powder-keg contest between the sides exploded into a couple of punch-ups.

The London Society referee must have wondered what he had walked into and eventually, and seemingly rather arbitrarily, dismissed Heaths Fergus Marsden and Brods Kyle Millward.

The final score was a fair reflection on the contest with Heaths extra power up front always likely to be the deciding factor.
It helped erase the memories of 3-0 and 18-17 defeats last season when coach Kevin Plant and probably many of the spectactors felt they were the better side.

Tremendous spirit and indefatigable effort helped the Brods to those successes and those attributes were in evidence again yesterday.
However, the Woodhead sides scrum is not as solid this season and the return from injury of strike runners Sam Deacon, Rob Jennings and Matty Hoyle cannot come quickly enough for a team now cut adrift at the bottom of the table.

A crowd of around 350 assembled at West Vale for a game played in near-perfect conditions with few signs of winter being around the corner.
Good kicks from Dan Wood (Brods) and Matt Cook (Heath) gave their sides advanced early field positions and Heath took the lead on seven minutes through Ezra Hinchliffes straight 20 metre penalty.
Brods inventive stand off Tom Andrews threatened when he regathered from a chip forward but play was brought back and Hinchliffe missed a long straight penalty for the hosts on 18 minutes.

When Phil Towns long drop out from the 22 was knocked on, Heath were offside and ace marksman Wood made it 3-3 on 21 minutes.
Hinchliffe put the restart out on the full but Heath won the ball back at a scrum and mounted their first concerted pressure on the visiting line after Brods lock Matthew Raven had been sent to the sin-bin.

Centre Gareth Webb got to within a yard but defence is Brods strong suit and winger Alex Brook eventually brought the ball away for the visitors.
The games first flare-up on 35 minutes yielded a penalty for Brods and Wood, from four metres inside the home half, hit the right hand upright.
Heath upped their game after the break, made fewer mistakes for a spell and the switch of Hinchliffe from centre to the play-maker role at number 10 proved decisive.

His grubber kick to touch on the Brods 22 was followed by an overthrown Brods lineout and Heath passed quickly and precisely from one side of the field and then back to enable Sheldrake to round a Brods forward and touch down.

Hinchliffe was unable to convert but Heath led 8-3 after 49 minutes.
Play swung from end to end. Towns kick and chase and Millwards lineout ball which set up a forward drive ensured Brods were still in the hunt but penalty successes for Hinchliffe on 56 and 63 minutes took Heath clear.
The red card was brandished after a free-for-all near half-way on 66 minutes.

Brods 14 became 13, finally ending their hopes, when Aussie forward Sterling Ross saw yellow with seven minutes left. That heralded a rarity in these games - an open and exciting finish. It featured a couple of good runs from Heath winger Rob Thackeray but both defences just stayed intact. 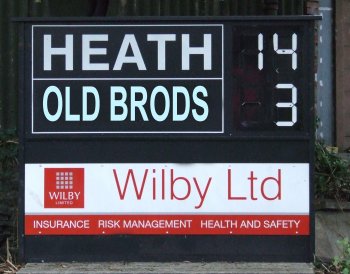 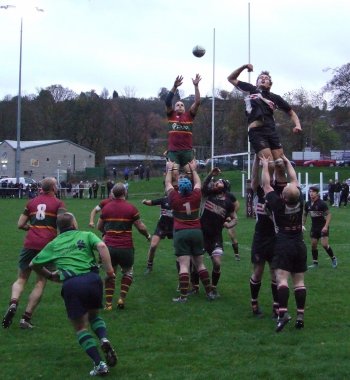 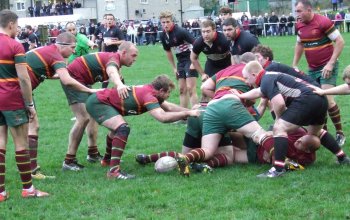 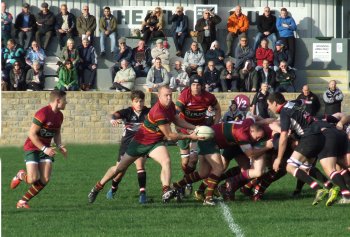 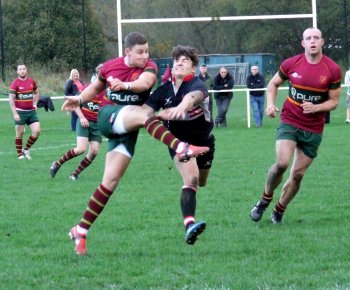 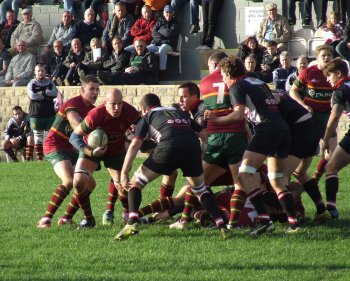 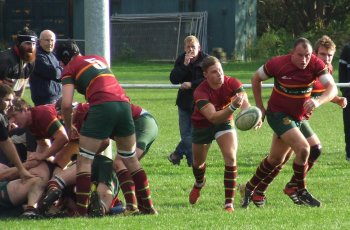 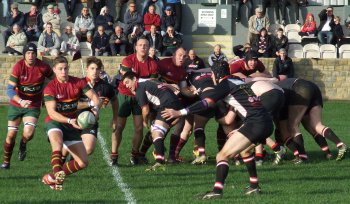 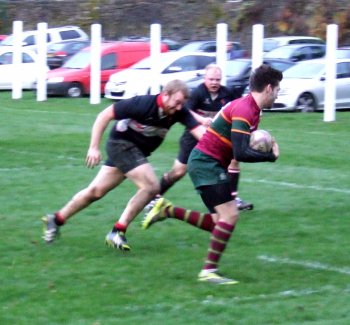 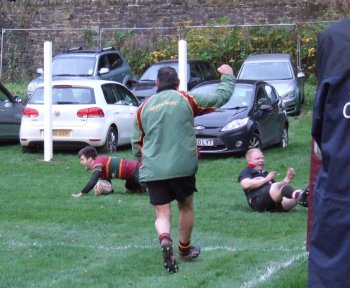 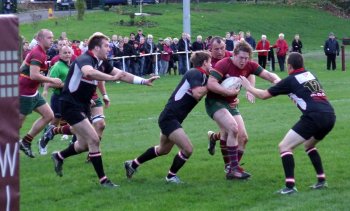 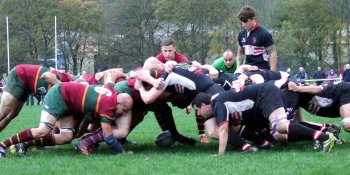 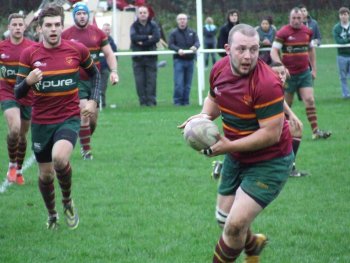 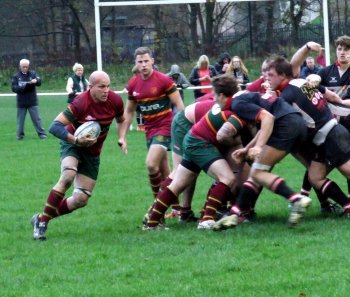