Heath weather the early storm and nearly take the Game.

Heath travelled to Selby looking to further their good start to the league season following a victory at home last week. Stephen Hare was injured in training on Thursday and had to withdraw so Oliver Wilby stepped up. Cameron Ramsden felt unwell on the day so he dropped to the bench with Si Brown stepping up to fullback and Sam Pollard moving into the centre. Anthony Darling was also on the bench with Will Sellars.

It was a case of déjà vu when, from the kick-off, Selby got the ball and kicked through. However, as they chased the ball down near the try line Rob Thackray covered across to make a try-saving tackle. From the lineout Heath defended well with Mark Puttick putting in a mighty tackle. Eventually, Ezra Hinchliffe cleared the lines. On the next attack Heath were penalized for not rolling away and Selby converted the penalty to make it 3  0 after 4 minutes.

From the restart Selby went on the attack and, with Heath missing tackles, their right wing Ben Lunt went over for a try converted by fly-half Josh Cruise on 12 mins: 10 - 0. Selby were rampant at this stage and their centre Peter Turner scored a try which Cruise converted to extend the lead to 17  0 after only 15 mins. Things were looking ominous for Heath and it wasnt until 20 mins into the game that they actually got some possession. Darren Neilly and Ryan Hunter won good lineout ball and Hinchliffe and Jack Sheldrake linked well as Heath mounted their first real attack.

A scrum on the Selby try line saw Hamish Pratt held up just short on 26 mins and as pressure continued Olly Cook produced a telling charge. When the ball came out to Pollard he too was held up just short. From the scrum Selby managed to overturn possession with a well-executed wheel. Dominic Walsh infringed at another scrum and was sin-binned; following which Selby cleared their lines.

The home side was back on the attack and with several players showing signs of injury Heath were all at sixes and sevens. Only quick-thinking from Mick Gleeson denied Selby another score on 37 mins and half time came with Heath just clinging on.

Heath began the second half needing to score first to have any real chance of getting back into the game. They were back to full strength with Walsh back on and Sellars made an appearance in place of McFadden. Heath got into an attacking position but lost three line outs  which did not help their cause. On 47 mins, Thackray was unlucky to be tackled into touch as he kicked and chased.

Heath were now penetrating the Selby defence and when Hunter won lineout ball it went along the line through Hinchliffe and Pollard for Gleeson to score in the corner. A superb conversion from Hinchliffe got the visitors back in the game at 17 - 7 on 50 mins. McFadden came back on for Martin Barnes.

Selby were making mistakes now and Heath aimed to punish them - getting on the attack again and looking to penetrate the home defence. An injury to Puttick held up play before a scrum 10 metres from the Selby line  a great chance for Heath. In a well-executed set piece from the scrum, Walsh released Hinchliffe who slipped the ball back to Sheldrake for the centre to cross the white-wash unopposed for a great try on 60 mins, but the simple conversion was missed: 17  12 on 60 mins and all to play for!

Brown and Gleeson went off as fresh legs in the shape of Darling and Ramsden took the field. Heath kept the pressure on but, on a rare attack by Selby, Heath gave away a penalty which Cruise converted for Selby to lead by 20  12 on 72 mins.

Play became scrappy as players tired and both teams tried to close the game out. Pollard reefed the ball out of a tackle and went over for try near the end and with no conversion the score read 20  17 to Selby. Heath tried desperately to score the winning points, retaining possession through a series of advances but time ran out and they had to settle for a losing bonus point.

All credit must go to Heath for turning the game round after a poor start. They finished on top and were unlucky not to come away with a win. 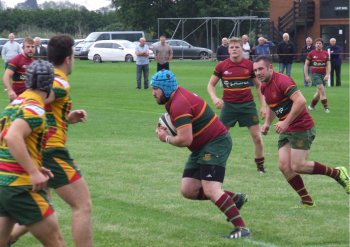 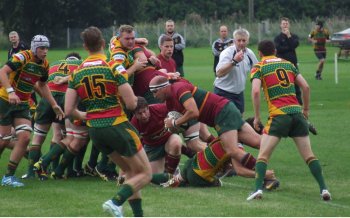 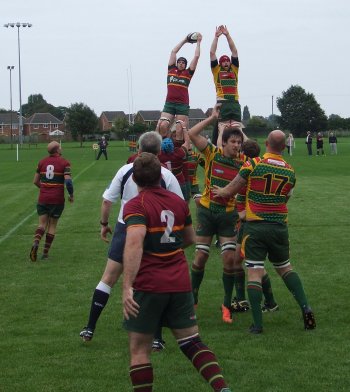 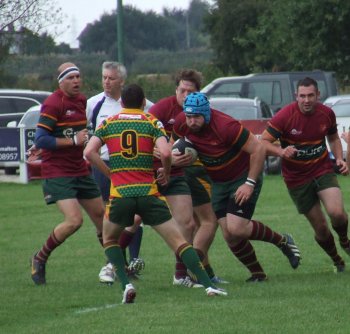 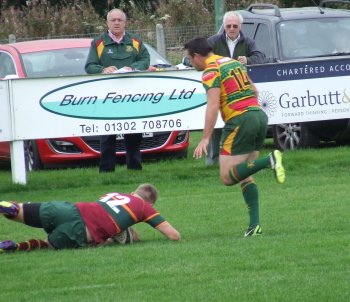 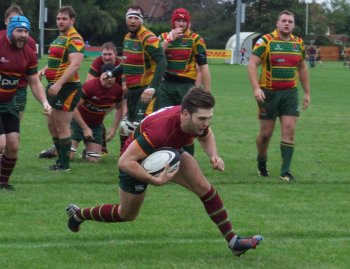