First Half Gives Something To Build On.

Heath welcomed newly promoted Hullensians to West Vale looking to get off to a winning start in Yorkshire 1 and had the perfect start when, from the visitors kick off, the ball went to full back Sam Pollard who sent it straight back. His run and charge down saw a race for the try line and Cameron Ramsden was on hand to touch down. A conversion from Ezra Hinchliffe and Heath led 7-0 in the first minute.

Following last weeks mauling in the Shield, Heath had put in a lot of work in training and dominated the first period of the game but the visitors kept pressing for points and were rewarded on 18 minutes with an unconverted try from Harry Newton, 7-5.

From the restart Hamish Pratt received the ball and released the prominent Pollard who went on another charge in turn releasing Stephen Hare and Jack Sheldrake, but the move broke down. However, on 21 minutes, Pollard was on hand again as he chipped through and scooped up the ball to go over in the corner for Heaths second try, 12-5.

At this point Heath introduced new signing prop Will Sellars into the game as Olly Cook came off.

Heath were controlling the game and when Pratt released centre Sheldrake a try was imminent but the wet conditions saw him drop the ball. Next, Dom Walsh, Ramsden and Hare linked to release Mick Gleeson as Hullensians were under the cosh and on 28 minutes Hinchliffe increased the lead to 15-5 with a penalty as the visitors succumbed to the pressure. A fine first half from Heath which had pleased the home crowd who were eager for more of the same.

The heavy rain had relented and warm conditions greeted the players at the start of the second half. Hullensians had re-grouped and began to put pressure on the home defence, who began to give away silly penalties with seven in the first 10 minutes! From one of these, Tom Biglin slotted over to pull the score back to 15-8 on 51 minutes.

From the re-start, Heath were awarded a penalty and Hinchliffe restored their lead to 18-8. At this point coach Plant made changes with Emlyn Hughes and Martin Barnes, who had both put in sterling efforts, coming off and Cook and Oliver Wilby coming on. From this moment Hullensians put in constant pressure and only a try saving tackle from Alex McFadden prevented any score on 60 minutes.

Next, Darren Neilly, Mark Puttick and Walsh were on hand as the visitors tried to press home their advantage but a welcome, huge clearance kick from Gleeson followed and when Hinchliffe found touch with a superb punt Heath were in the visitors 22 after 70 minutes. That said, back stormed Hullensians and on 75 minutes reduced the arrears with a penalty, the fifteenth of the half by Heath, to gain a losing bonus point as the game finished 18-11.

A match of two halves for Heath, the first they controlled well and put the visitors under constant pressure and the second dominated by them giving away too many penalties which did not help with the flow of the game. However, they welcomed the win and can now look forwards to visiting Selby next week. 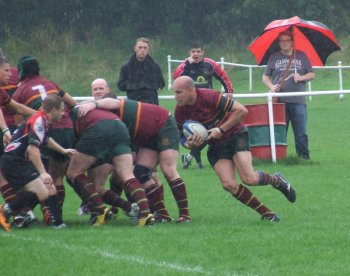 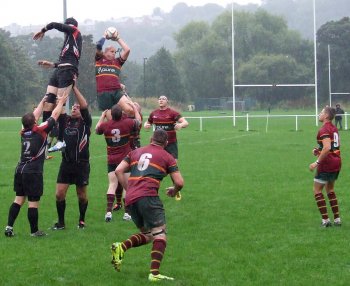 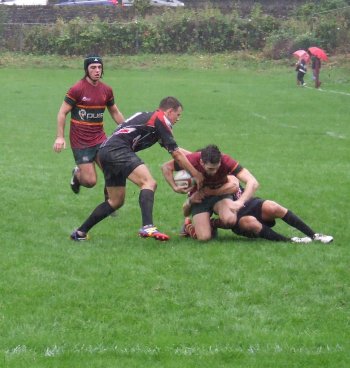 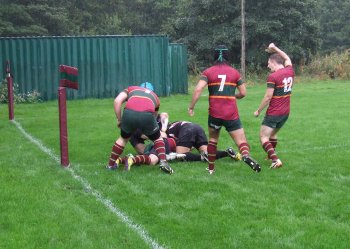