Reported by Tomorgar
<< BACK
FINAL SCORE: Heath RUFC 10 vs Dinnington 36

Good first half worried the Leaguetoppers, lost in 2nd half.

Heath welcomed table-toppers Dinnington to North Dean hoping to increase a run of four wins on the trot, but knowing they would have a challenge against a side going great guns and expecting promotion.

Through unavailability and injury, Josh Lister, Si Brown and Mick Gleeson came in for Rob Thackray, Sam Pollard and Ezra Hinchliffe and on the bench there was a welcome return for Joe Shipman with Alex McFadden having another chance to impress.

Playing in new kit sponsored by Pure Travel, Heath elected to receive ball and were quickly under the cosh as Dinnington pressed for an early score. Good defence kept the visitors at bay through several phases close to the Heath try-line with Ewan Miller, Stephen Hare and Olly Cook conspicuous. Despite their efforts Ryan Donnelly opened the Dinnington account with a try, converted by Johnny West after 10 mins: 0  7.

Heath came straight back and after good runs from Chris Moore, Matt Baxendale and Hare, Dominic Walsh kicked through. Si Brown followed up and appeared to have scored but the try was disallowed because of an earlier infringement. Heath kept up the pressure and Walsh went over for a try on 14 mins to shock the visitors. An excellent conversion from Mick Gleeson leveled the scores: 7  7.

Heath were not content to sit back and quickly set up another attack. Baxendale was bundled into touch as he looked to slip around the fullback. The next 10 mins was difficult for the players during a torrential downpour and both teams dropped the ball and made mistakes.

Heath were not being overwhelmed by the league-leaders and were beginning to string together some good moves and cause some disarray among the visitors. Darren Neilly and Ian Downsborough were influential with Alex Cust and Hare also prominent. Constant pressure resulted in Dinnington giving away a penalty and Donnelley was sin-binned. Gleeson obliged to put Heath in front: 10  7 after 35 mins.

As half time approached Dinnington notched up the pressure and after an intense onslaught, went over for a try which West converted to put them 10  14 ahead, somewhat against the run of play.

Heath kicked off the second half intent on getting straight back into the game, with Joe Shipman taking Stephen Hares place. After 43 mins, McFadden was on for Olly Cook. However, Dinnington had stepped up a gear with the introduction of John Dudley and on 47 mins West scored their 3rd try. With the conversion missed, the score read 10  19.

Heath needed to respond but Cameron Ramsden and Lister both missed a speculative kick and West was on hand to pick up the ball and go over for his 2nd try, on 52 mins. With the conversion Dinnington were in control at 10  26.

Hare came back on for Cust as Heath tried to inject new enthusiasm. Captain Mark Puttick endeavored to rally his troops and coach Hamish Pratt came on at 56mins when Brown limped off. Browns respite lasted 4 mins before he had to go back on for Miller as injuries piled up. Dinnington clinched a bonus point for 5 tries when Dudley surged through on 65 mins for the visitors to cruise at 10  31. 3 mins later, Chris Williams outflanked Listers best efforts and scored in the corner: 10  36.

Heath continued to give it their all and Walsh was unlucky not to score on 72 mins. After that, the game became bogged down in the middle of the park as the clock wound down and both sides were tiring. Heath were to be congratulated on giving their all throughout the game.

This was a game of two halves with Heath dominant in the first half but Dinnington too powerful in the second. The win keeps Dinnington top of Yorkshire One but Heath must not be too despondent and should look to bounce back with a trip to the Dales next week to take on North Ribblesdale, who they could overhaul in the league with a bonus-point win! 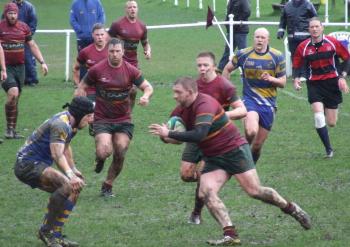 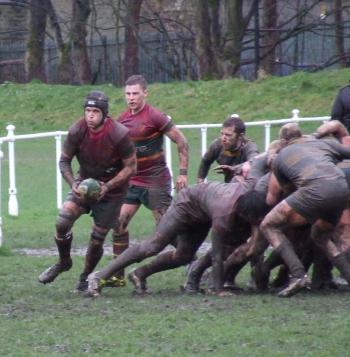 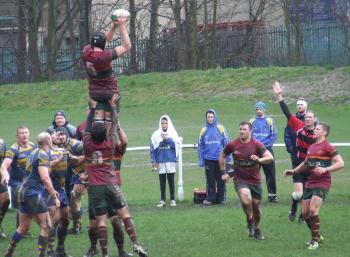 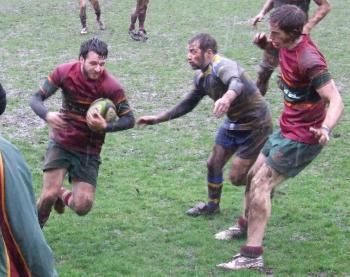 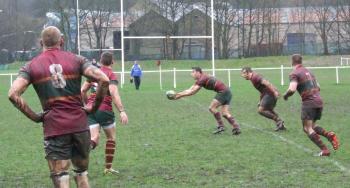 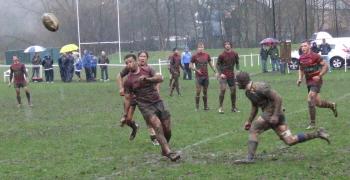 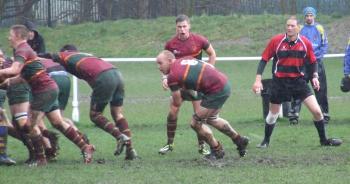 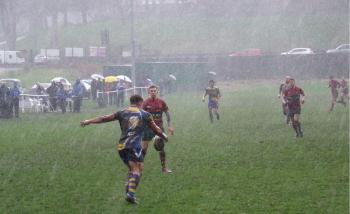 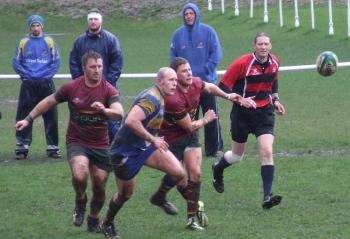 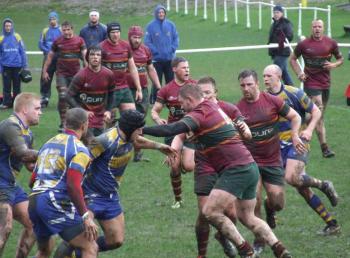