HEATH ARE GOING UP

Heath travelled over to East Yorkshire looking for 2 points to secure a promotion spot but had to overcome an in-form Pocklington team. Paul Turner was unavailable so George Heron had a starting berth at prop in an otherwise unchanged team. The atmosphere around the ground was tense in the warm-up session and a large contingent of Heath supporters had travelled to hopefully witness a competitive encounter, but many were hoping there would not be a repeat of the West Hartlepool result a couple of seasons ago.

In sunny conditions, Pocklington kicked off playing with a strong wind at their backs and in a tense opening few minutes, it was the home side who took advantage - scoring a converted try after 4 minutes to lead 7-0. Heath were struggling contain them and conceded a second converted try on 8 minutes 14-0.

Pocklington came back strongly, but Heath had adjusted to the pace of the game and were resilient and looked solid as they defended their lines. With 25 minutes played coach Harry sent on Jack Pilcher, Seif Boussaada and Jason Merrie with Matt Beasty, Will McLaughlin and George Heron having a welcome break. Heath were gradually making inroads into the Pocklington defence and a super run from Elliott Spiers, supported by Callum Harriott-Brown, set up another onslaught. The ball came out to Tom Owen who was held up just short of the line but Jack Pilcher was on hand to gain valuable yardage before Jason Merrie backed this up with a try, converted by Alex Bull, and Heath were level 14-14 with 30 minutes played.

It was a real battle between two committed sides and it was Pocklington who came back strongly mounting yet another attack and following a superb 50-20 kick they had an opportunity to re-take the lead. However, Heath were in no mood to concede and with half-time approaching both sides were happy to take a welcome break.

It was Heath's turn to have the wind advantage as both teams took to the field for the second half with the game still in the balance. Heath had the first opportunity for a score following a clever kick and chase from Joe Morrison the ball found touch. From the line out, Heath collected and drove for the try-line and Jack Pilcher was on hand to secure a try in the corner and following an excellent conversion from Alex Bull Heath took the lead 21-14 with 45 minutes played. Heath were in rampant mood and Bull added a penalty conversion 24-14 with 52 minutes played. However, the home side were in no mood to give in and responded with a converted try under the posts following several phases of play with Heath stretched, 24-21 with 57 minutes on the clock.

From the re-start Bull kicked deep and the home side were content to punt the ball back up field where Jason Merrie collected it, on the halfway line. What happened next stunned the crowd as Merrie set off on a barnstorming run, powering through and over attempted tackles from the home side to score a bonus point fourth try -  again converted by Bull and Heath led 31- 21 on the hour mark.

Chris Moore left the field with an injury, so George Heron came back on to join in the battle with both teams looking for yet another score as the clock ticked down. Jason Merrie was next to leave the field with Will McLaughlin again entering the battle as Pocklington kept beavering away with Heath were guilty of kicking the ball deep allowing the home side to build up attacks.  They were rewarded with an unconverted try on 75 minutes 31-26.

It was nervy times for the Heath supporters as the Heath team laid their bodies on the line to protect their lead but, in the dying seconds, after Pocklington won a line out ball, as they drove towards the Heath try-line it looked like a home try. At first the referee disallowed IT ruling the ball was held up but, following consultation with the neutral linesman, he changed his decision and awarded Pocklington the try. Heartbreak and deja vu West Hartlepool.

The scores were level and with a vital conversion attempt to follow the Heath players were dejected. The attempt was well struck but the direction was off target and the score remained 31-31 as the final whistle sounded Heath players and supporters erupted into euphoria.

The game ended even and Pocklington, who had been resilient throughout, must be congratulated on their performance.  That said the League points gained by Heath were enough to secure the prize of promotion and didn’t we witness the relief on all the faces of the players, coaching staff and supporters after the game had ended. It has been a long hard season with many highs and lows but this will go down as one to never forget.

Other results saw Ilkley secure the Champions crown with Heath ending up in second place following the defeat of Driffield at Scarborough, who finished third.

Many thanks to my reader and hope you have enjoyed the Reports. We now take a welcome summer break before we embark on the “Further Adventures with Harry, Sid and Co on Tour” in September, when we enter unchartered waters at LEVEL 5 in the RFU pyramid. 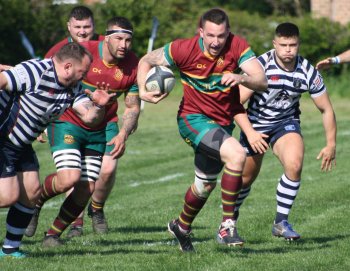 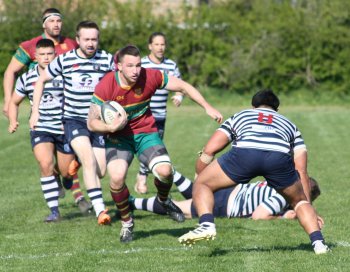 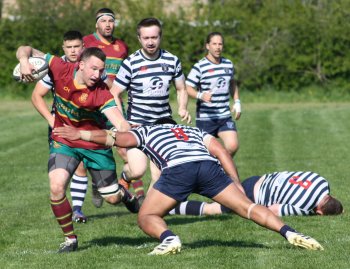 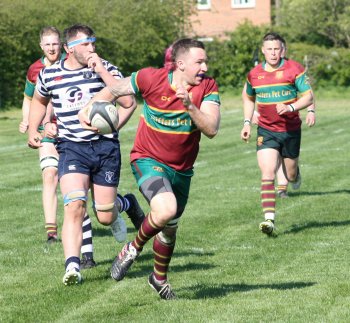 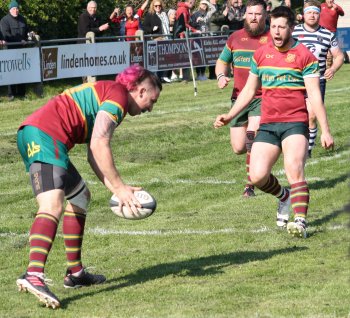 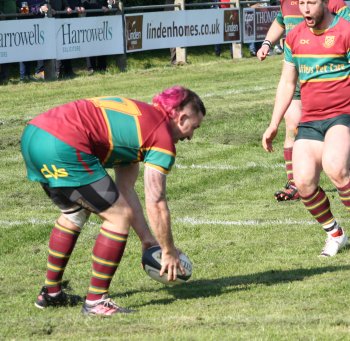 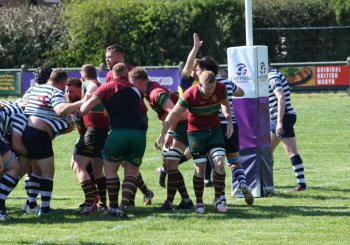 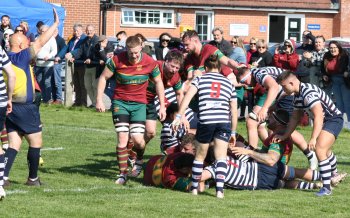 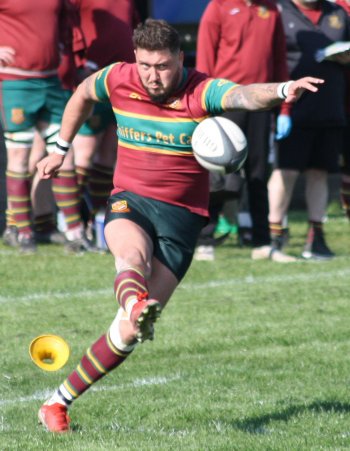 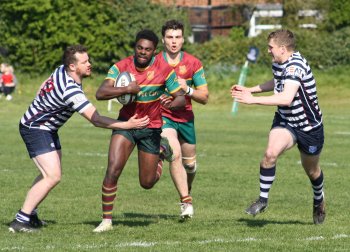 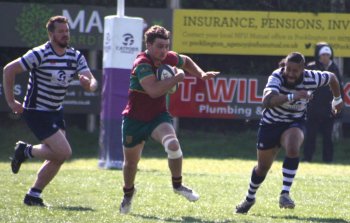 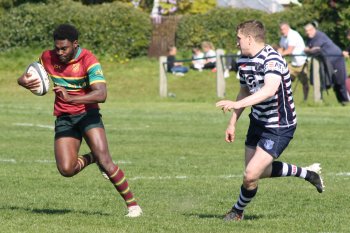 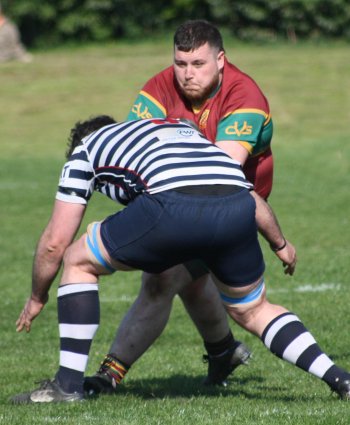 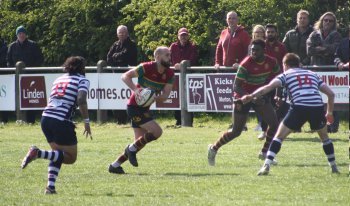 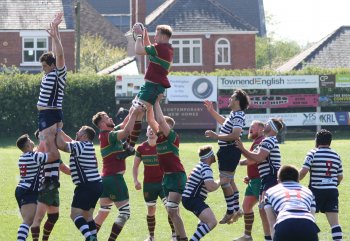 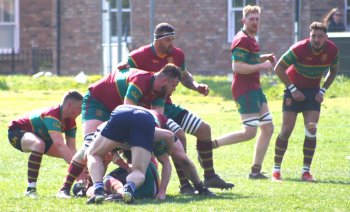 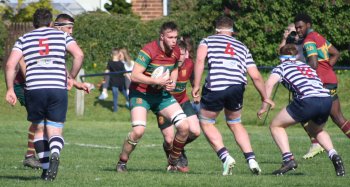 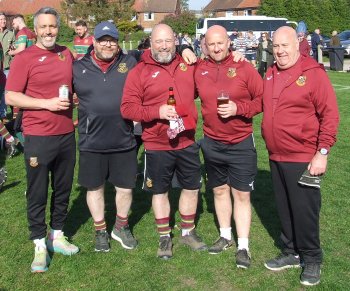