Report:
Heath welcomed Morley, in a first ever visit by the Leeds based team to North Dean, for this vital league encounter. Coach Harry made several changes to the starting line up with Paul Turner and Jonny Cole returning from injury and Matt Beasty starting after a stint on the bench last week. Alex Bull also returned as Eddie Cartwright moved to full back, whilst on the bench sat Seif Boussaada, Alex McFadden and Olly Scrimshaw.

In glorious conditions, with Heath playing towards the river end, the visitors kicked off and put the ball straight into touch. From the resulting scrum Heath went on the attack winning line out ball and pulling the Morley defence apart. This resulted in a penalty and Eddie Cartwright stepped up to convert, 3-0, with 5 minutes played.

Morley were struggling to get into the game and a couple of huge punts from Alex Bull kept the pressure on the visitors defence. It came as no surprise to see Heath score their first try when Eddie Cartwright again kicked forwards and with Callum Harriott-Brown and Dom Walsh in chase it was Walsh who touched down for an un-converted try, 8-0 with 10 minutes on the clock.

Heath were first to everything but a mistake on the half way line was punished by the visitors as they ran in a try under the posts to reduce the arrears 8-7 with 15 minutes played. Heath needed to restore their control of the game and there was a period of even play with the visitors growing in confidence. As they consolidated, they went close for another try on 27 minutes - only to see Cartwright save the day with  a great tackle, bundling the Morley wing into touch. On the half hour mark an injury to Alex Bull saw Olly Scrimshaw enter the field and shortly after Seif Boussaada and Alex McFadden came on for Jack Pilcher and Matt Beasty. The visitors continued to press but could not break down a solid Heath defence and half time arrived with no further score.

Stern words were issued to the Heath team over the half time break and these were acted upon at the start of the second half. Heath from the kick off found touch and won line out ball. Walsh spun the ball out across the backs as Harriott-Brown linked well with Elliott Spiers who scored in the corner a second try for the home side. Cartwright converted the difficult kick and Heath led 13-7 with 41 minutes on the clock.

Jack Pilcher returned to the action replacing Paul Turner as Morley continued to play some good rugby and they reduced the arrears after 50 minutes with a penalty conversion from the half way line 13-10. Heath responded immediately and a strong run from Joe Morrison saw him release wing Spiers who was tackled just short. Back-up quickly came and the ball sped across the threequarters, with Tom Owen and Ben Stringer prominent, before Harriott-Brown touched down for an unconverted try, 18-10, with 58 minutes on the clock.

Morrison received an injury in this play so Matt Beasty returned as Heath went in search of the bonus point try with a quarter of the game to play. Olly Scrimshaw was next up to make inroads, as he pin-balled several attempted tackles to set up yet another onslaught into the Morley defence, as Heath continued the pressure. A head injury to Tom Owen saw Morrison return to the action and Heath continued to batter the visitors defence. Alex McFadden and Will McLaughlin went burrowing as the forwards drove into the Morley blockade but the ball came out to Dom Walsh who sped towards the corner before releasing a superb reverse pass to the supporting wingman Elliott Spiers who cantered in under the posts to  round off the best try of the game. Cartwright converted and Heath led 25-10 with 68 minutes played.

Heath were in control keeping possession and putting in some astute kicks as they wound the clock down and from one they found touch 10 metres out. The catch and drive from the Heath forwards saw Jack Pilcher emerge with a fifth try and a superb conversion from Eddie Cartwright saw a score of 32-10.

From the re-start Heath continued to batter the visitors defence and Cartwright converted a penalty, 35-10 and the points were secure. However, deep into injury time, Morley,  much to their never say die credit, were rewarded with a converted try in the last play of the game for a final score of 35-17.

The win saw Heath secure maximum points in their quest to secure a promotion spot but they stay in fourth as the other three teams above them also secured wins. Next week they entertain Scarborough in a catch up game and will be looking for another win. 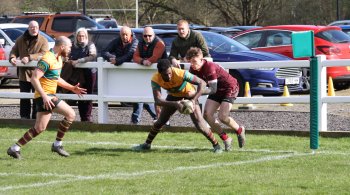 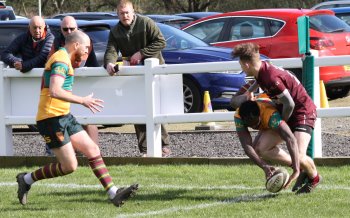 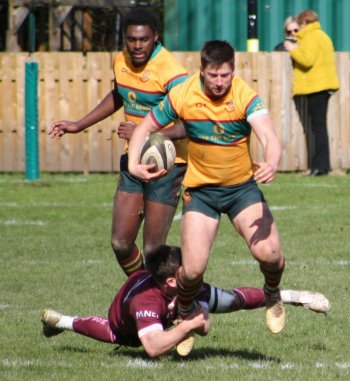 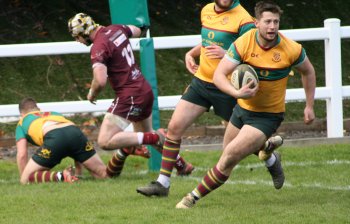 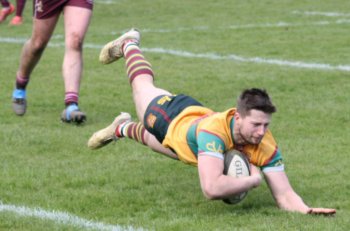 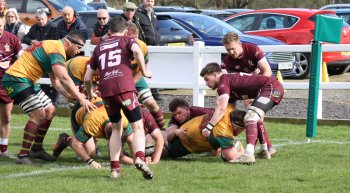 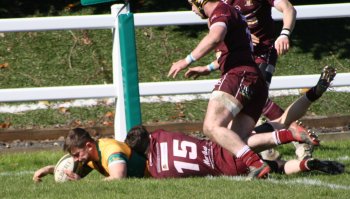 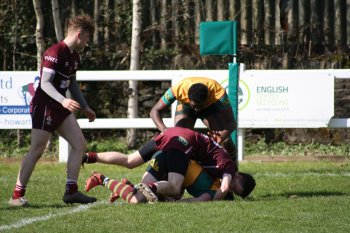 Actually, first Try of the afternoon 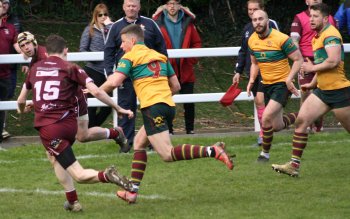 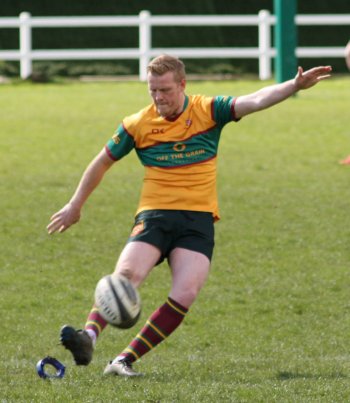 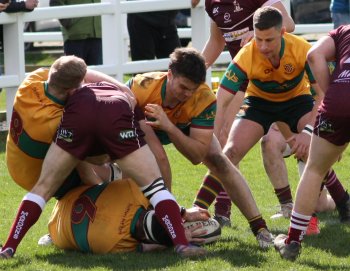 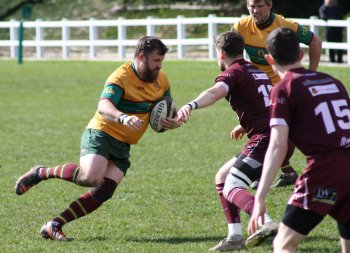 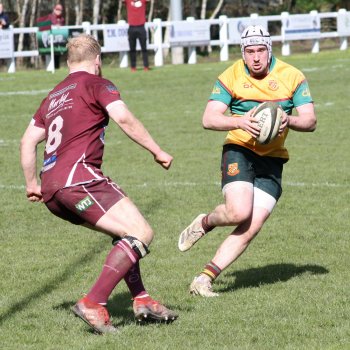 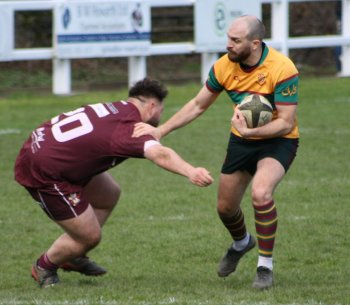 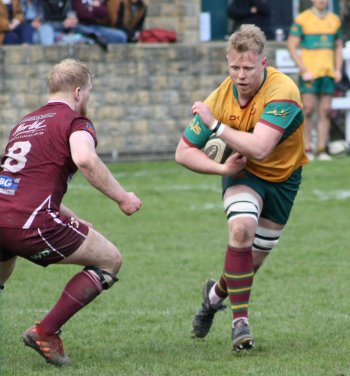 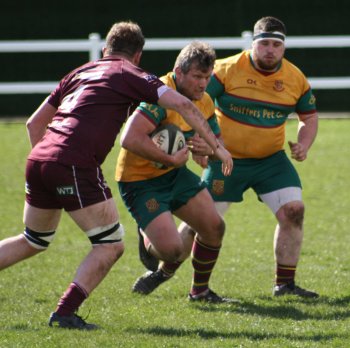 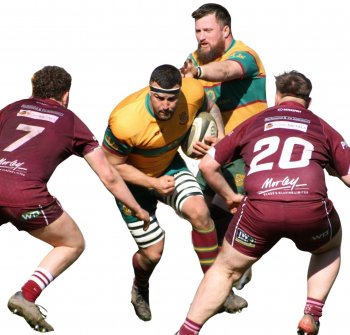