Report:
Heath travelled to bottom club Bradford and Bingley looking to avoid a potential banana skin of a game in their quest for a top three finish. Coach Harry made several changes to the side, with Fergus Marsden and Alex McFadden getting valuable game time with Paul Turner rested and Matt Beasty taking a stint on the bench. Also coming in for a start was Jack Raby with Jonny Cole again rested. Olly Scrimshaw started at full back with Eddie Cartwright moving to stand off as Alex Bull took a stint on the bench alongside George Heron.

37 minutes Harriottt-Brown rounds off another superb break with a try, again converted by Cartwright and a half time score of 54-0. Eight tries and seven conversions in a one sided half despite the efforts of the home side who, to their credit, tried to compete but were out gunned.

Chris Moore and Tom Owen were replaced by Joe Morrison and Jack Pilcher at the start of the second half as the home side made a better start to the game scoring a well worked converted try on 45 minutes, 54-7. Heath clicked back into action and a flowing movement back and forth across the backs saw no 7, Jack Raby, go over in the corner, converted try, 61-7, 50 minutes played; 2 minutes later Harriott-Brown outpaced a desperate Bees defence to go over in the corner, converted try, 68-7 and this was followed by a fourth converted try from Morrison and Cartwright 75-7 with 54 minutes played.

Once again, to the Bees credit, they continued to go in search of a second try and were rewarded on the hour mark with a converted try 75-14. However, from the re-start a mistake from the home side enabled Cartwright to pounce for a try, converted by himself, 82-14. With 10 minutes to play Tom Owen and Seif Boussaada returned to the action with Fergus Marsden and Eddie Cartwright coming off. As full time was approaching Heath had the final say when Ben Stringer broke from a scum to score an unconverted try and a final score of 87-14.

This was the highest score achieved by Heath in any league campaign with twelve tries and ten conversions. Joe Morrison also set a record with a hat trick of tries in a seven minute period. Granted the Bees have struggled all season but the game had to be won by Heath to ensure they keep tabs on those clubs above them.

The next two games are at home against Morley and Scarborough before they end their season with a visit to Pocklington, bring it  on! 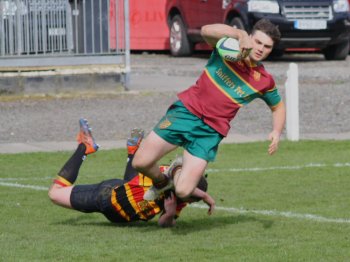 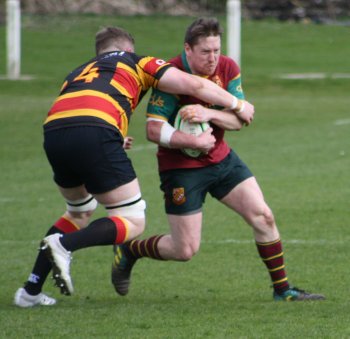 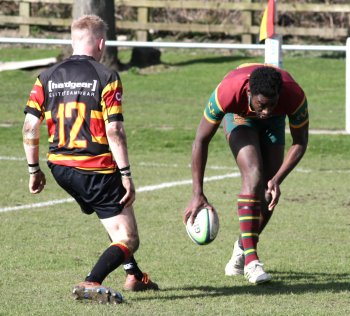 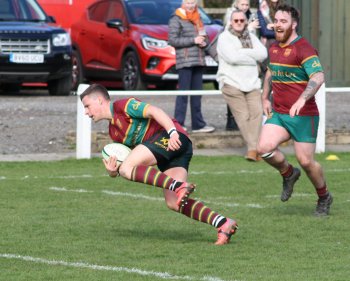 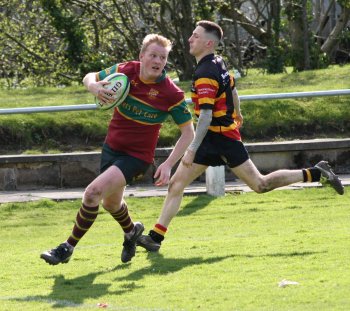 Eddie Cartwright about to score 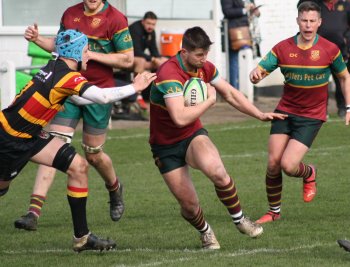 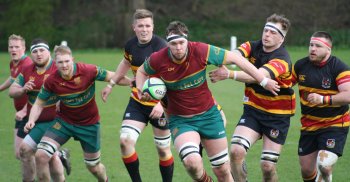 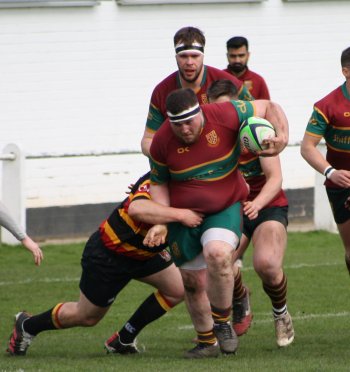 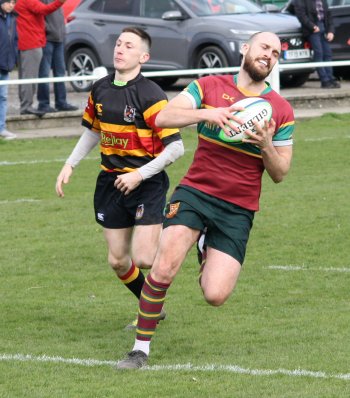 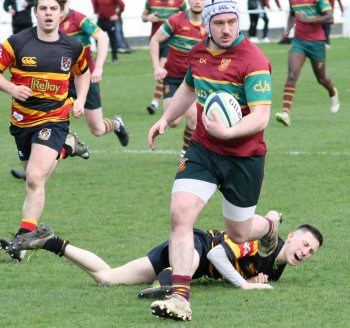 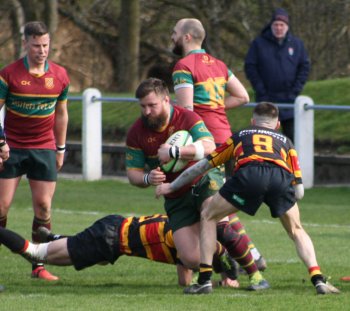