Report:
Heath had to make several changes once again with Olly Cook, Eddie Cartwright and Matt Beasty missing from last week along with the continued absence of Ben Stringer, Dan Cole, Alex McFadden and Harry Woollard. Paul Turner and Saif Boussadda had starts and new signing Alex Bull made his debut at fly half. Joe Morrison also returned with Gareth Hall reverting to the bench alongside George Heron and the returning Jason Merrie just arrived from New Zealand.

Consett have found life in the league difficult, having won only one game all season, but they had the perfect start to the game when, from the kick off, Heath conceded a penalty and the conversion saw the home side lead 3-0.

Heath responded immediately and were clinical when Matt Hallett slipped a pass to Jack Pilcher in the Heath 22. His pass to Tom Owen saw the centre make yardage before releasing speed merchant Elliott Spiers who ran half the length of the field before slipping a pass to the supporting Joe Morrison and he went over under the posts for a super try, converted by Alex Bull, and Heath led 7-3 with seven minutes played.

Consett came back strongly, stretching Heath's defence, but they could not find a way through and frequently made mistakes at vital times when a score was on the cards. Good work from Jonny Cole, Tom Owen and Saif Boussadda enabled Heath to press for another score and Joe Morrison went close for a second try. On the half hour mark Tom Owen had to leave the field with a knock to the head so Gareth Hall entered the field.  At this point Consett were once again pressing for a score and on 35 minutes were rewarded with a second penalty to reduce the arrears, 7-6. With half time approaching Heath managed to score a second try.  From a scrum, Joe Shipman broke and released Gareth Hall and his slick pass to Elliott Spiers saw the wingman dance in under the post for a converted try and a lead of 14-6 as the whistle was sounded for the end of the half.

Although leading, Heath had found the home side putting up strong resistance and coach Harry needed to re-vitalise his side. Joe Shipman made way for Jason Merrie as the second half began, with Heath on the charge and as the home defence struggled to contain the Heath forwards, Fergus Marsden popped up with a deserved try, converted by Bull, and a lead of 21-6 looked comfortable with 50 minutes played.

An injury to Jonny Cole saw Shipman return but Consett, much to their credit, had forced their way back into the game and were rewarded with a converted try on 55 minutes, 21-13, and game on. Heath's response was immediate and from a scrum 20 metres out the Heath pack drove forwards and Jack Pilcher scored the bonus point try 26-13 with a quarter of the game left to play.

Heath were now in control and Spiers once again went close for a score. George Heron replaced Paul Turner, who had put in a solid stint, as Heath went in search of another score but, once again, Consett battled back and scored a try to reduce the arrears, 26-18, and they now went in search of a losing bonus point with time running out.

Heath defended strongly and wound the game down and as the final whistle sounded the large contingent of Heath supporters were happy with yet another win.
For coaching duo, Harry and Sid, this was their 150 game in charge and they were rewarded with a hard fought victory from their charges against a resilient Consett side.

With other results going their way Heath sit top of the league. Not bad is it!!! 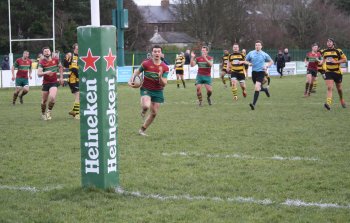 Joe Morrison on way to score 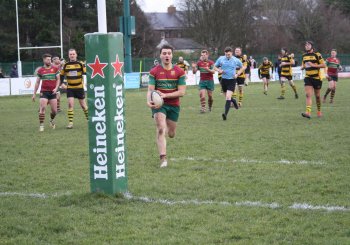 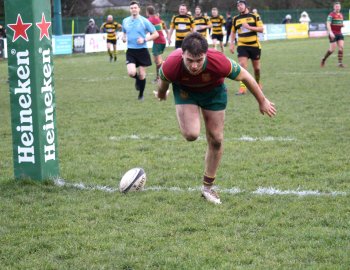 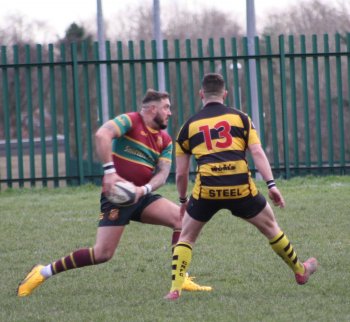 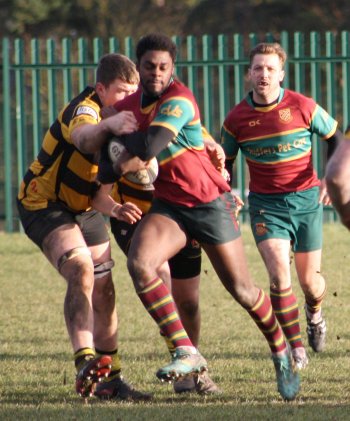 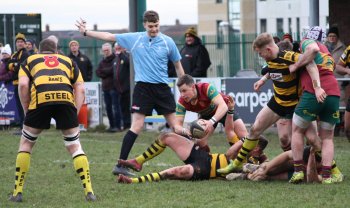 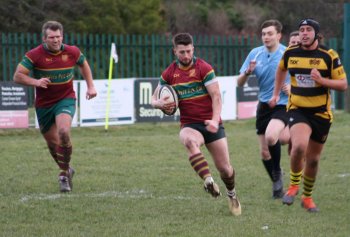 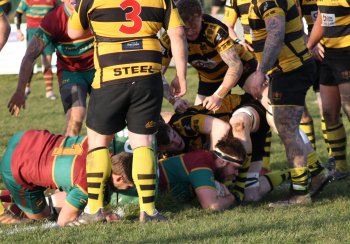 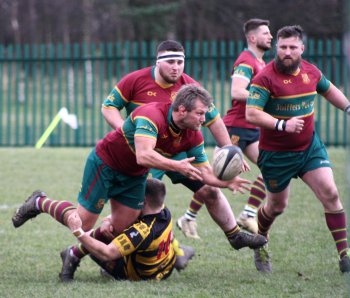 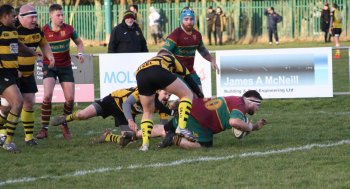 Jack Pilcher on way to score 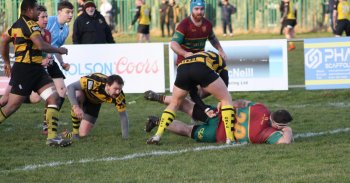 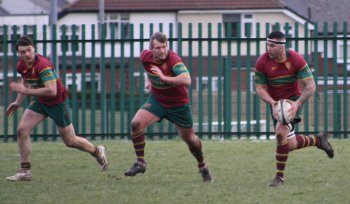 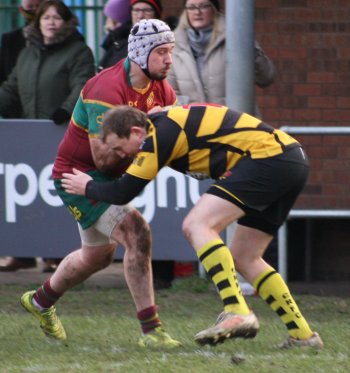