Report:
Heath had to make several enforced changes to the side from last weeks visit to Malton and Norton. Missing were Ben Stringer, Joe Morrison and Harry Woollard, so coach Harry shuffled his team bringing in Joe Shipman, Gareth Hall and Jack Pilcher whilst on the bench Paul Turner returned alongside the evergreen Si Brown who felt like a coiled spring ready to implode, his words not mine, with Mark Puttick and George Heron returning to the seconds.

Durham arrived at North Dean for their first ever visit and as Heath kicked off playing towards the river end they immediately went on the attack with Heath caught on the back-foot. It came as no surprise to see them take advantage of some inept play by the home side converting two penalties to lead 6-0 with only 10 minutes played. Heath needed to respond and went in search of a score and on 17 minutes they were rewarded with a try when Gareth Hall slipped a pass to the supporting Eddie Cartwright. He was stopped just short of the line but the ball came out and further interchanges saw it eventually reach Callum Harriott-Brown and the wingman slotted home for a try in the corner and a score of 6-5.

This seemed to inspire Heath and they continued to threaten another score and when Dom Walsh put in a cross field kick, which wasn’t dealt with by the visitors defence, Elliott-Spiers nipped in to score an easy try, converted by Eddie Cartwright, and Heath led 12-6 with 24 minutes played.

Heath continued to be on top at this point with Joe Shipman and Matt Hallett making inroads into the visitors defence and with Matt Beasty and Shipman controlling the line-outs Durham were hanging on. Saif Boussadda and Paul Turner replaced Olly Cook and Will McLaughlin, who was carrying an injury, on the half hour mark and they had an immediate impact but it was the visitors who scored a third penalty on 36 minutes to reduce the arrears 12-9 and it was game on.

There was no further score when the half time whistle sounded and as coach Harry marched on to the field it was clear he was not happy with the first  half performance of his charges and demanded greater commitment in the second half.

Durham began the second half keeping possession of the ball pulling the Heath defence apart and after a series of penalties the crowd were surprised when they saw Matt Beasty red carded for a supposed dangerous tackle and from the conversion the visitors drew level 12-12 with 45 minutes played. Heath were up against it now and had to find some form.

Saif Boussadda and Paul Turner steamrolled the Durham defence, leaving players scattered on the floor, and as Heath continued to press for a score Durham had a player yellow carded in trying to deal with the onslaught. Heath continued to press but the visitors were resilient standing firm against the invasion. Cue the “coiled spring” as Si Brown and Will McLaughlin entered the arena with Joe Shipman and Gareth Hall leaving the pitch. However, with Durham back up to full complement they now began to look for a score and once again Heath were on the back-foot. Good work from Jack Pilcher and Elliott Spiers set up a chance for Heath and next up Callum Harriott-Brown went close to scoring before Durham had another player sent to the bin. More penalties followed and eventually on 72 minutes Eddie Cartwright converted one and Heath led 15-12.

It was now a case of defending the lead but all credit to the visitors in response and following superb work along the line it looked as if a try had been scored in the corner, but the referee ruled forward pass much to the relief of the home crowd and the Heath players. Durham were not finished and as full time approached they missed a difficult penalty to level the scores. When the final whistle sounded it was a much relieved Heath team and their loyal band of supporters. Durham had pushed all the way and were perhaps disappointed not to have come away with a win. Heath had sneaked the win and now must get back onto the training paddock next week and begin preparations for an away trip to Consett next Saturday.

The win sees Heath maintain third spot one point behind Old Brodleians who lost at Pocklington with a game in hand on their local rivals. Driffield lead the pack but Ilkley are picking up momentum sitting in fourth spot with games in hand. 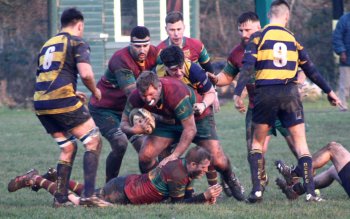 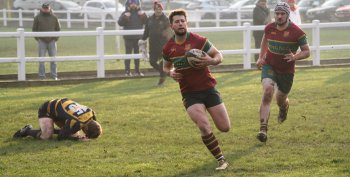 Elliott Spiers on way to score 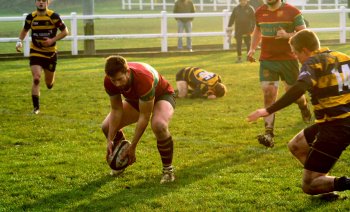 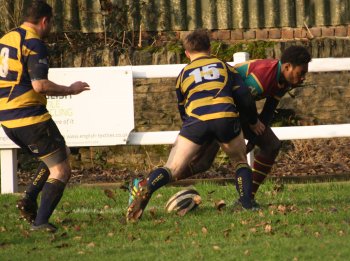 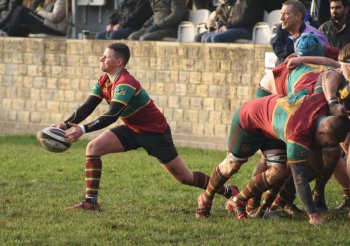 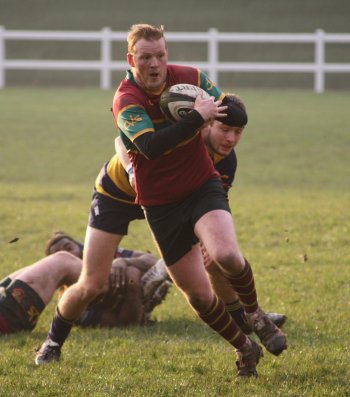 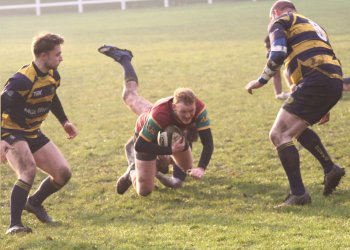 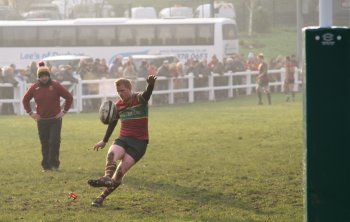 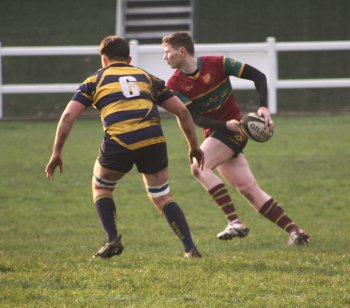 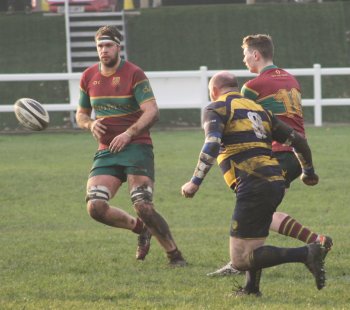 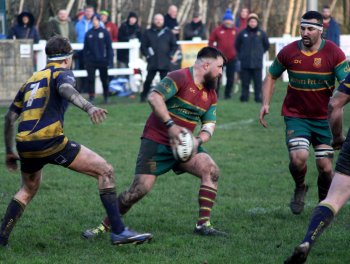 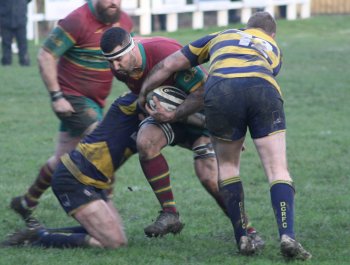 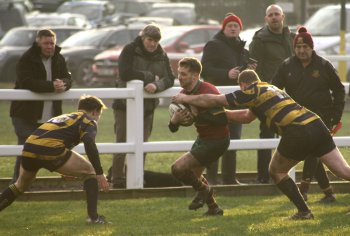 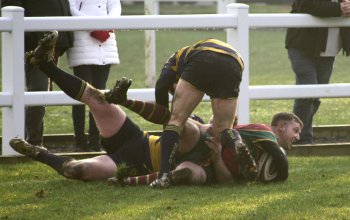 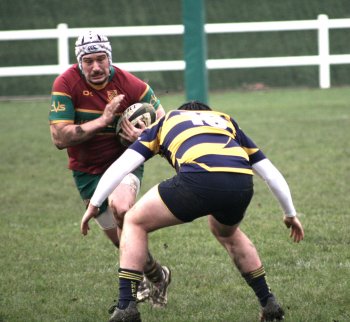 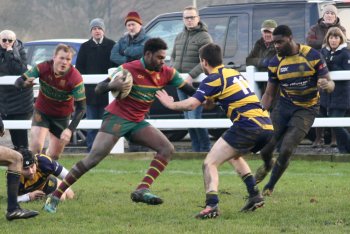 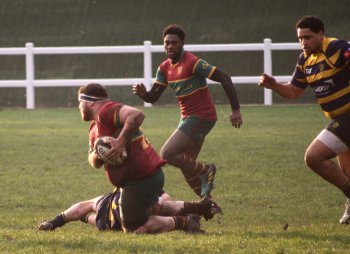