Jack Pilcher and Tom Owen returned to the starting line up, as Heath entertained local rivals Old Brodleians in another top of the table clash at North Dean. On the bench Saif Boussadda also made a return alongside Harry Woolllard and Olly Cook.

Following storm Arwen, which saw three games postponed in the league due to snow and ice, conditions were near perfect at North Dean as both teams took to the pitch in front of a large expectant crowd. As Old Brodleins kicked off Heath, playing towards the river end, were quickly under the cosh as the visitors went in search of an early score and, from a loose pass from Dom Walsh, wing Jasper Ayerton swooped to score an unconverted try for the perfect start 5-0 with Heath now up against it with 5 minutes on the clock.

A response was needed from the home side and, following a clever kick from Oliver Scrimshaw, into the visitors 22, Ben Stringer charged down the attempted clearance and Heath were on the front foot. Next, a surging run from Tom Owen set up a chance and as Chris Moore, Paul Turner and Fergus Marsden made valuable yardage, it was left to Jack Pilcher to score the try, converted by Matt Hallett, and Heath led 7-5 with 12 minutes on the  clock.

Jonny Cole had to leave the field shortly after with a shoulder injury and was replaced by Boussadda who was quickly into the action as the game settled down after a frantic start. The crowd were hushed and fully absorbed into the encounter as both teams went head to head looking for a score and it was Brods who broke the deadlock. Taking control of the ball, they managed to string passes together pulling Heaths defence apart and scored a second unconverted try in the corner to lead 10-7 with 30 minutes played. Oliver Scrimshaw was yellow carded following the try and Heath were down to fourteen. Heath's response was immediate and following a clever kick from Dom Walsh, Joe Morrison chased down the ball to set up a chance for the home side. Will McLaughlin and Elliott Spiers were on hand to secure the ball and Heath went in search of a score. Heath kept possession of the ball and after over 20 phases of play it looked as if Jack Pilcher had breached the visitors defence but the hooker was adjudged to have been held up over the try-line, much to the relief of the visiting supporters. Half time arrived with no further score in what had been an intriguing first half.

Following a tentative start to the second half Heath broke the deadlock when Saif Boussadda crashed over the try-line on 48 minutes and, as Scrimshaw added the extras, Heath had retaken the lead 14-10. Undeterred, Brods mounted yet another comeback and took the lead with a third unconverted try on 52 minutes, 15-14. Heath needed a response as Olly Cook and Harry Woollard replaced Jack Pilcher and Matt Hallett but they could do nothing to prevent Brods increasing their lead three minutes later with a penalty, 18-14. The game was now wide open as both sides looked for an opportunity.

On the hour mark, Jack Pilcher returned to the action, replacing Paul Turner, and the home side began to take charge. A darting run from Spiers saw the acting full back kick and chase and he looked to be obstructed as he chased down the ball but no action taken. Brods were now under pressure as the clocked ticked down and it was their turn to have a player sent to the bin with 8 minutes remaining. With the weather conditions gloomy and the visiting supporters looking even gloomier Heath began to turn the screw and from yet another penalty given away by the visitors, Heath opted for the scrum. The Heath pack drove forwards but Brods were resilient and clinging on - but they had no chance when Olly Cook scooped the ball up and emerged from under a pile of bodies with it and a third try and Heath led 19-18 with 3 minutes left.

It was now a case of keeping possession and this Heath did with aplomb as the clock wound down and, when Dom Walsh kicked the ball into touch, Heath had beaten their closest rivals to take the points and secure the bragging rights.

The game, as expected, was a tough derby battle with both sides giving everything to their cause but it was Heath who remained in control and fully deserved the win. The result moves them up to third spot with Brods slipping to second following Driffield's win at Bradford and Bingley who visit North Dean next week. 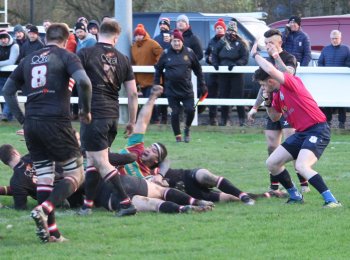 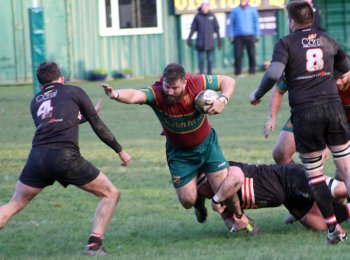 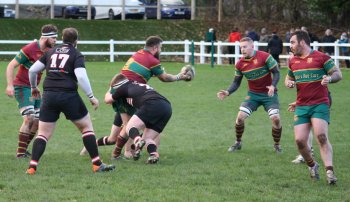 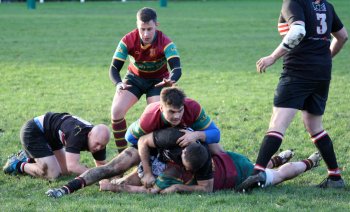 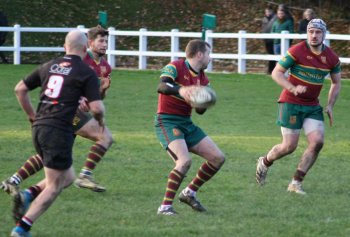 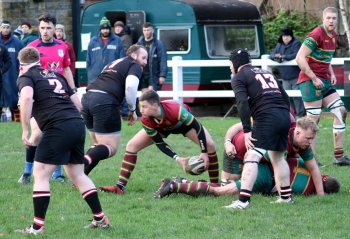 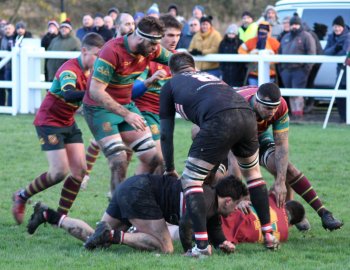 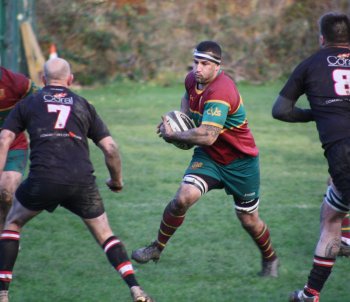 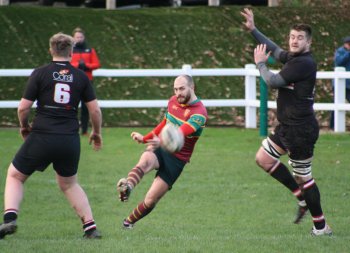 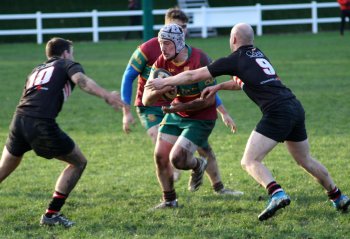 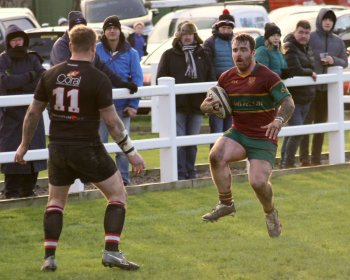 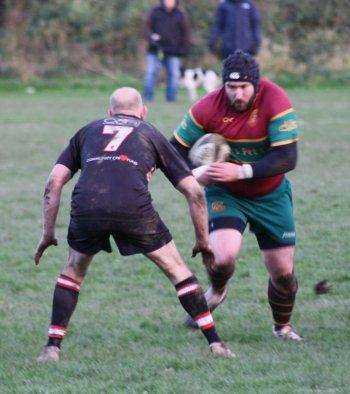 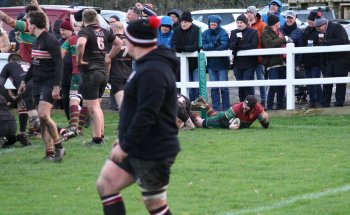 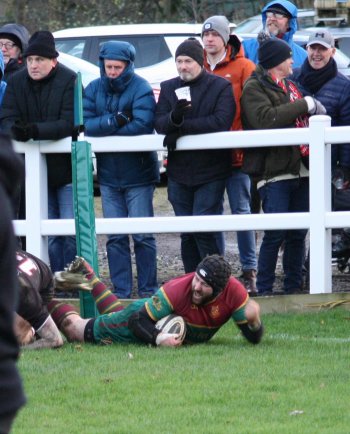