HEATH HOLD ON FOR VITAL WIN

Report:
Heath's starting line up was unchanged, for the first time this season, while on the bench coach Harry gave a debut to Gareth Hall who has been in sparkling form for the seconds. On a gloriously sunny afternoon both sides lined up before the game for a minutes silence as a mark of respect for Remembrance Day. North Dean fell into an eerie silence broken only by the sound of the Last Post, expertly played by club stalwart Roger Hammond, as players, officials and spectators stood in silence.

With Heath playing towards the Stainland Road end, Moortown kicked off and immediately set about the home side, going in search of an opening score. The first scrum saw Heath dominate but they could not prevent the opening try from the visitors, following excellent work from their backs - unconverted and a lead of 5-0 with 5 minutes played was just reward.

The visitors continued to dominate with Heath on the back foot and it looked like they had scored a second try only, for the linesman to rule this out, foot in touch, before going over the try line. However, it was only a matter of time and from a penalty conversion Moortown increased their lead to 8-0 with 10 minutes on the clock.

Heath needed to respond and from the re-start Eddie Cartwright received the ball and went on a 30 metre run into the Moortown 22 before being tackled, but Heath had a least made their first inroad into the visitors half. It was Moortown's turn to defend as Heath continued to bombard their defence and next up Elliott Spiers charged through several attempted tackles to set up another attack from the home side. Moortown were struggling and when Callum Harriott Brown received a pass he set off on a 30 metre run to go under the posts for a try, converted by Cartwright, and the score of 8-7 after 26 minutes was fully justified.

On the half hour mark Olly Cook and Saif Boussadda replaced Paul Turner and Fergus Marsden as Heath began to take charge. Heath's scrum was in control and surely it was only a matter of time before they would take the lead?  But Moortown were defending hard and would not relent. With half time approaching, the breakthrough came. From yet another scrum Ben Stringer was on hand to touchdown for a second Heath try, converted by Cartwright, and a score of 14-8 was fully justified as the whistle sounded for the break.

Callum Harriott-Brown, who had a strong first half, was replaced by debutant Gareth Hall who slotted in at outside centre with Joe Morrison moving to the wing. Moortown once again began the half with a surge but some crunching tackles from Jack Pilcher, Matt Beasty and Jonny Cole prevented any gains. Cole was injured and replaced by Fergus Marsden as the battle intensified and with Chris Moore, Saif Boussadda and Will McLoughlin driving forwards and the Moortown defenders bouncing off them surely it was only a matter of time before Heath increased their lead. However, a six point lead could be reversed and when Heath were awarded a penalty on 50 minutes many in the crowd commented on why they opted to go for a line out instead of taking an easy three points leaving Moortown to have to score twice.

The game went on and Cole returned with Matt Beasty coming off and Heath continued to batter the visitors defence. Oliver Scrimshaw linked well with Elliott Spiers and Joe Morrison to surge forwards and, with the visitors defence struggling, it came as no surprise when they were reduced to 14 players following a yellow card. Despite Heath's efforts they could not break down the solid defence and Moortown then turned the tables and began to create inroads into the home defence.

Beasty returned to the action replacing Boussadda and an injury to Pilcher saw Turner return but his time on the pitch was short lived when he was sent to the sin bin and it was Heath's turn to play with 14 and a quarter of the game left to go. Pilcher returned for McLaughlin as Heath struggled to contain the onslaught and only two superb clearances from Eddie Cartwright prevented any score. Heath needed to respond and on 75 minutes they got their reward. From a scrum, the ball went over the Moortown try line and Dom Walsh thought he had scored only for the referee to bring play back. From the re-set scrum, Ben Stringer was on hand to score his second try of the game, converted by Cartwright and it looked as if it was game over at 21-8 but Moortown had other ideas.

Paul Turner returned to action as Olly Cook took time on the bench but he returned shortly afterwards when Ben Stringer left the field with an injury. These disruptions had an effect on the home side as they seemed to lose concentration and Moortown took advantage scoring an unconverted try to reduce the arrears, 21-13. We were now playing injury time and with Heath still in disarray once again Moortown pounced to score a converted try and a final score of 21-20. When the final whistle sounded it was a much relieved Heath team and their supporters with the result moving them up a place to third following Old Brodleians defeat at Driffield.

Heaths next two games are against Driffield and Old Brodleians two very difficult challenges, bring it on.

To all my Readers and supporters!!!!
Did anyone in the crowd think that the referee looked like a taller version of Brian Campsall the ex-international referee who worked at Brooksbank School in the 70’s and can someone remind the scoreboard  operator that the clocks have gone back!!!!! 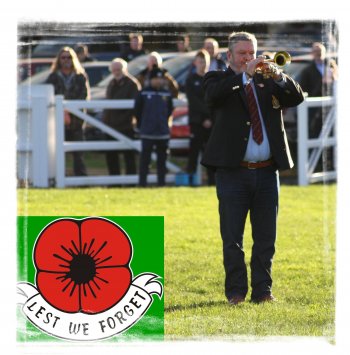 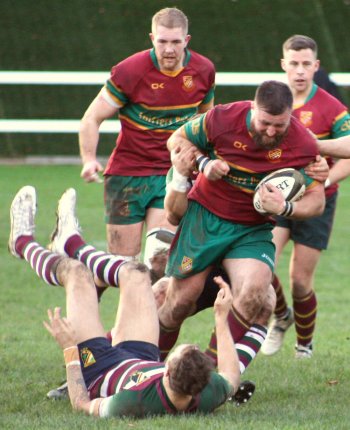 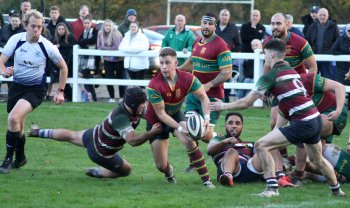 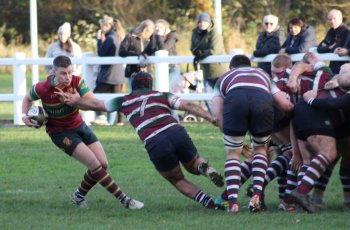 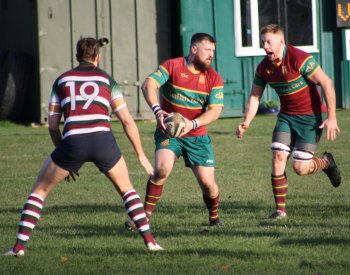 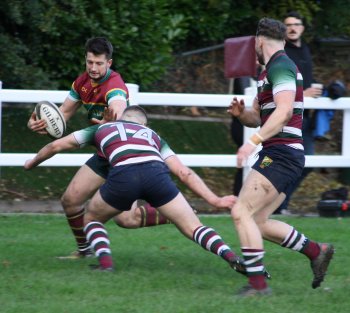 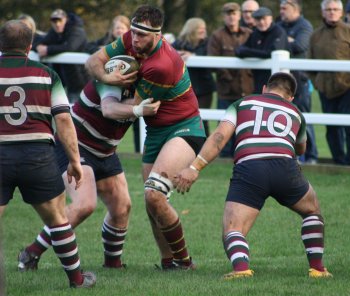 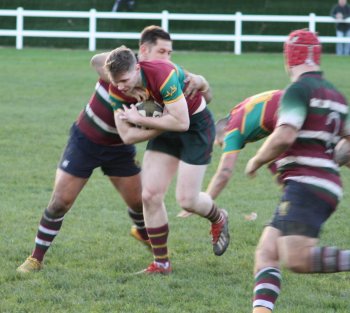 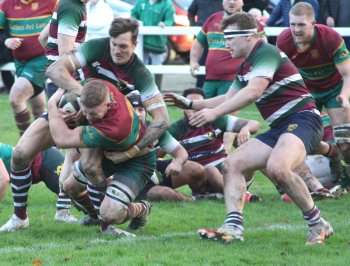 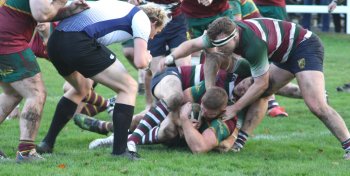 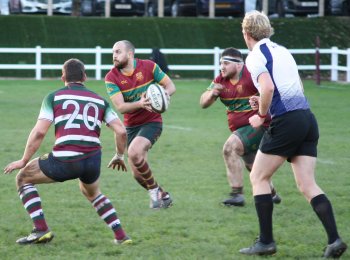 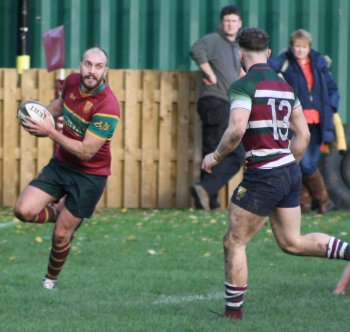 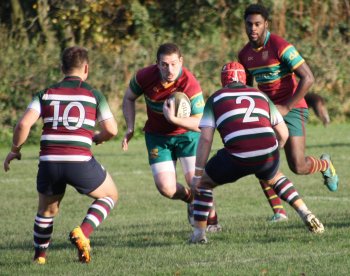 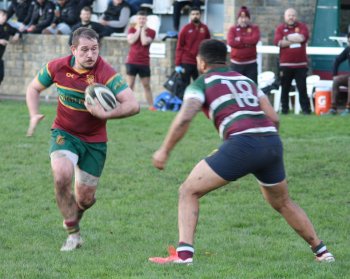