Heath welcomed back centre Joe Morrison but had to make positional changes once again when Matt Hallett failed a fitness test - so Eddie Cartwright reverted to full back with Ollie Scrimshaw starting at fly half. Jack Bruce was drafted in on the bench. After a rain lashed morning conditions were ideal with the sun shining as both teams took to the field in this first ever league meeting between the clubs.

Heath kicked off, but gave away an early penalty, as Cleckheaton looked well prepared for the battle. Unexpectedly, instead of going for touch, the home side put in a cross field kick to open up the game.  With Heath seemingly unprepared for this they were on the back foot for the opening minutes of the game as the hosts piled on the pressure  But with some resilient tackling and clearance kicking from Eddie Cartwright and Dom Walsh they prevented any score.

The visitors first venture into the Cleckheaton half came on 18 minutes following yet another superb kick from Dom Walsh, as an attempted clearance was charged down by wing Callum Harriett-Brown.  Though, his kick through went dead and the chance had gone. Heath kept the pressure on with forwards Fergus Marsden, Jack Pilcher and Paul Turner prominent in making solid yardage and it was the home sides turn to cling on. Back came Cleckheaton, as the game flowed from end to end, but they were guilty of some ill discipline, much to the relief of the visitors. Further pressure saw Jonny Cole sent to the sin bin and from the re-start Cleckheaton thought they had scored but the referee awarded a drop out under the posts. It was only a matter of time before a home score and with a well worked set play Cleckheaton took a converted try and a lead of 7-0, with 27 minutes on the clock.  This was fully justified.

Heath continued to work hard to keep in the game, as Cole returned and Saif  Boussadda replaced Matt Beasty.  With half time approaching they were relieved to hear the whistle, so they could have time to re-group.

It was a different Heath who came out of the blocks at the start of the second half. Paul Turner, who was having a fine game against his former club, went on a surging run supported by Joe Morrison, Saif Boussadda and Chris Moore as Heath bombarded the home side defence in the opening minutes. Jack Bruce entered the arena as Harriett- Brown had to leave the field and the pressure from Heath continued and, when Cleckheaton had a player in the bin, from the resulting scrum the ball came out to Bruce who could not hold on to the pass and the chance had gone. Undeterred, Heath continued to surge forwards and two mintues later the referee had no option but to award a penalty try to the visitors and the scores were level, 7-7, with 50 minutes played.

Olly Cook replaced Paul Turner and from the re-start Heath went in search of adding to their tally. Elliott Spiers and Ben Stringer gained important yardage before releasing Ollie Scrimshaw and his inside pass to the supporting Jonny Cole saw him fly over the line for a second try to Heath, converted by Eddie Cartwright and Heath led 14-7 after 54 minutes.

The home side were shell shocked at this point but were prepared to battle to get back into the game. A head injury to Tom Owen saw Calum Harriett- Brown return on the wing with Spiers moving to centre as the game ebbed and flowed, becoming a titanic derby battle which could have gone either way with 15 minutes remaining.

There were injuries aplenty as players put their bodies on the line as the clock wound down but it was Heath who secured a third try when Boussadda barged over in the corner and a lead of 19-7 looked secure. However, this is a derby and Cleckheaton were not prepared to lie down and came back strongly with a converted try to bring the score to 19-14 and still time on the clock. Despite the frantic efforts of the home side Heath were not prepared to give up the fight and they managed to secure yet another dramatic win.

The result leaves Heath in fourth spot behind Old Brodleians, Ilkley and Driffield as all clubs take a deserved break next week. Then attentions turn to the November fixtures against Moortown, Driffield and Old  Brodleians. 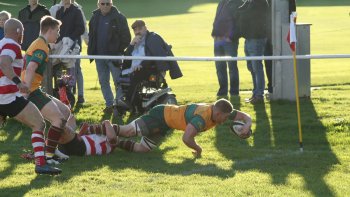 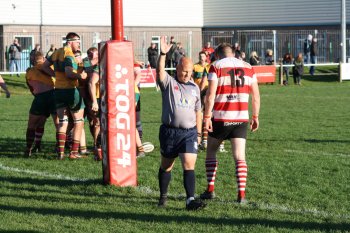 Saif Boussaada round the blindside for a try 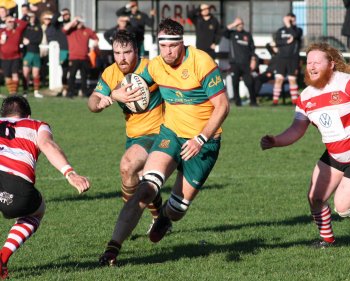 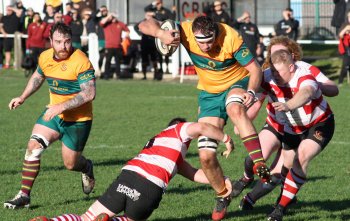 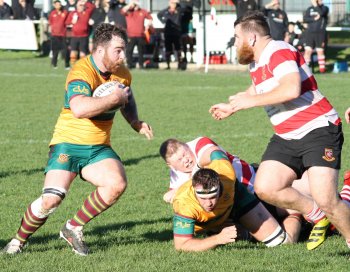 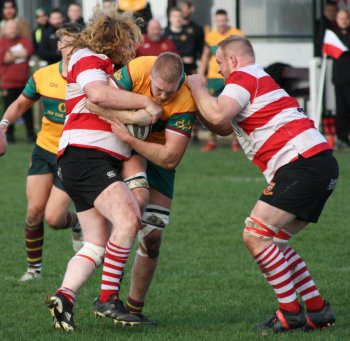 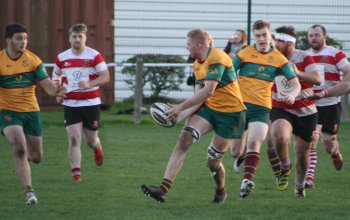 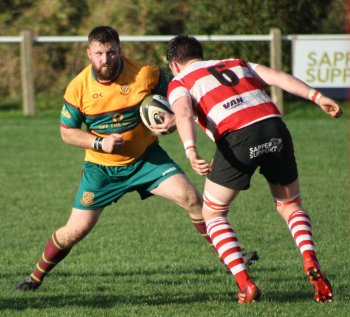 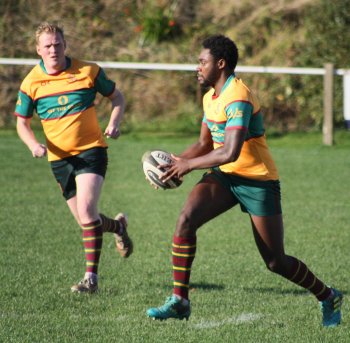 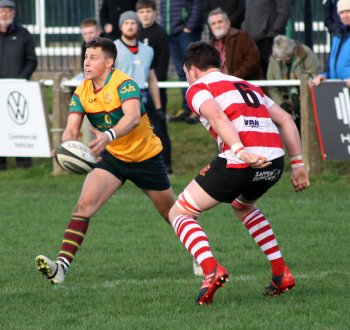 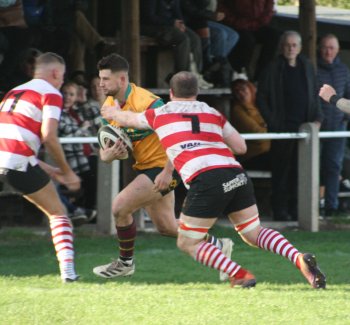 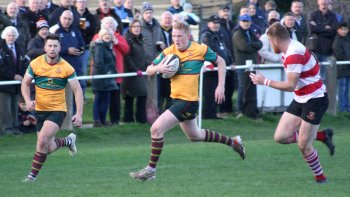 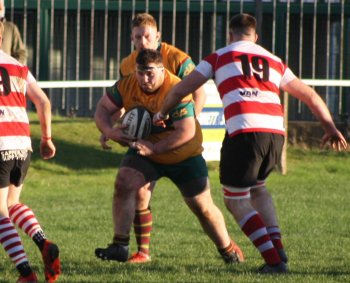 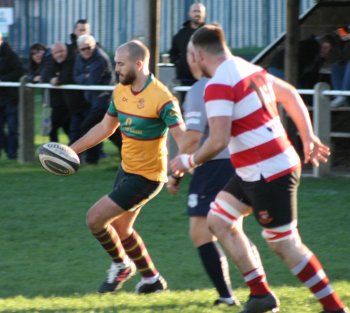 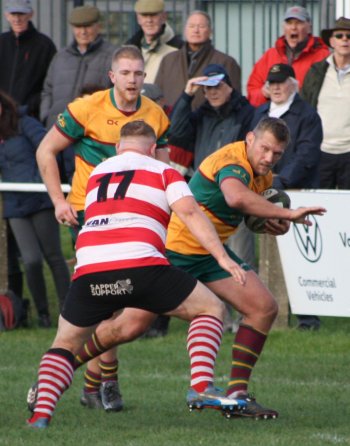 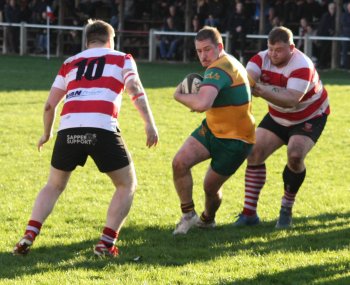