Heath welcomed league leaders and title favourites Ilkley to North Dean but had to make several changes to their starting line up due to injuries to Joe Morrison, Alex McFadden and the late withdrawal of Dan Cole. This saw the backs having to be shuffled about with wing Elliott Spiers moving to centre, Luke Saltonstall starting on the wing, Eddie Cartwright slotted in at fly half with Matt Hallett taking up the full back berth. Jack Pilcher replaced Alex McFadden at hooker and Matt Beasty had a starting berth in the second row replacing Saif Boussadda who took his place on the bench alongside Olly Cook and Tobias Hinchliffe.

Heath lined up playing towards the river end and were punished immediately from the kick off as they failed to gather the ball and Ilkley took advantage with a try in the first minute, 5-0. Not the best of starts. Unfortunately, the Ilkley wing Harry Harrison was injured in play and was replaced.

Heath tried to make amends for the poor start and in their first scrum Ilkley prop Hugo Lawrence had to leave the field with a chest injury and was replaced. As expected Heath had to contend with some superb back line play from the visitors and were prepared to slug it out but they had no answer to them scoring a second converted try on 20 minutes and a lead of 12-0 looked ominous.

All credit to Heath as they kept plugging away and Ilkley were guilty of switching off when a quick penalty from Chris Moore saw him  make  good  yardage followed up by Dom Walsh who was alert to a pass to Eddie Cartwright to open Heath's account on 25 minutes and reduce the arrears, 12-5. The visitors response was immediate and some inept tackling from the home defence saw them score a third try under the posts to restore their lead 19-5 on 27 minutes.

The game was cut and thrust with a no holds barred approach and the large crowd were enthralled by the pace and brutal, but legal, tackling though, once again, Heath were undone by the Ilkley backs as they danced through a rather static home defence with another converted try to increase their lead to 26-5 and secure a bonus point with minutes to half time. Undeterred, Heath's response was immediate and, from a line out, Ben Stringer caught the ball then, from the resulting drive, Jack Pillcher scored a second try for Heath, converted by Eddie Cartwright, and a half time score of 26-12.

This was a difficult half for the home side but credit must go to their resilience in dealing with the visitors backs - it was going to be an interesting second half.

Heath began well as Ben Stringer charged down an attempted Ilkley clearance and when Luke Saltonstall  collected yet another clearance, his pass to Matt Hallett saw the full back go on a run  before being halted yards short of the try line. Ilkley were under pressure but, true to form, they made another break scoring a fifth try on 48 minutes and a score of 31-12 looked too much for Heath to claw back.

However, Heath were still prepared to take the game to Ilkley and, following good work from Eddie Cartwright and Tom Owen, Ilkley were finding it difficult to keep out  a rampant Heath side. The visitors were struggling to cope with the onslaught from Heath and when Elliott Spiers picked up the ball from Walsh, he scored under the posts for a converted try and Heath were back in the game 31-17 with 15 minutes remaining.

Ilkley were now under pressure and gave away a series of penalties in a desperate attempt to prevent any further scores but with the Heath forwards dominant up popped Eddie Cartwright for his second try, converted by Matt Hallett, and a score of 31-24 secured a losing bonus point but Heath wanted more.

Urged on by a very vocal home crowd, Heath continued to batter a bedraggled Ilkley defence and, with the home pack in complete control, yet another forward from Ilkley had to leave the field resulting in uncontested scrums. This helped Heath and with Ilkley missing a couple of players Olly Cook charged over the line carrying a few visiting players with him, for a try, converted by Cartwright and Heath had snatched a draw as the referee blew full time.

The game was intense from start to finish and was probably one of the best games played at North Dean. It was perhaps the first real challenge for Heath and although going into the game as underdogs they showed a true united spirit with everyone working for each other. Heath were never finished; Ilkley gave their all in an attempt to try and cling on for a win - both sides should be applauded for a superb game.

This result sees Ilkley maintain top spot alongside Old Brodleians, level on points. Heath are tucked in behind and, no doubt, will be buoyed up for their visit to local rivals Cleckheaton, who sit in fifth spot, next week. Cannot wait!!!!! 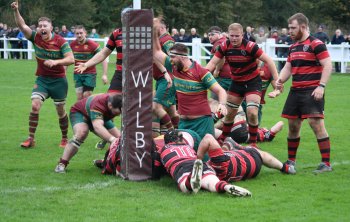 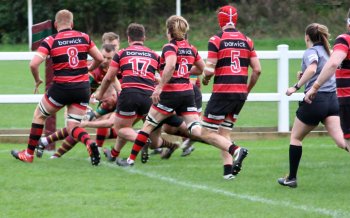 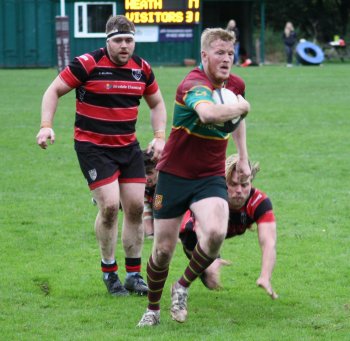 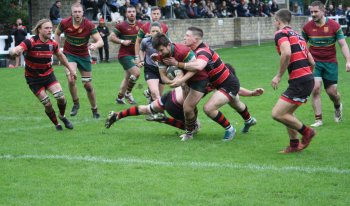 Elliott Spiers, on way to try 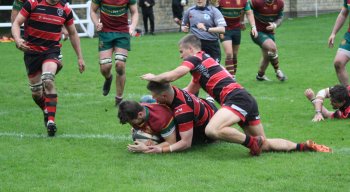 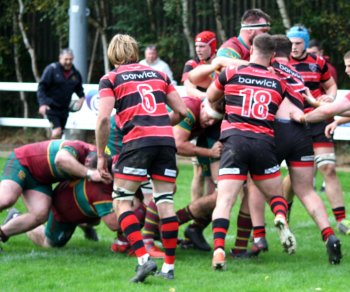 Jack Pilcher burrowing way through for his try 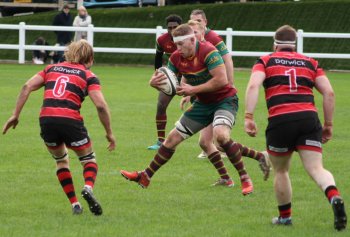 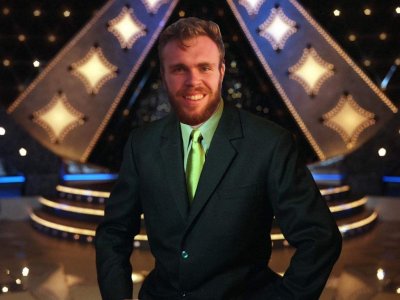 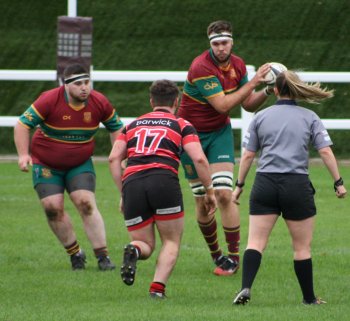 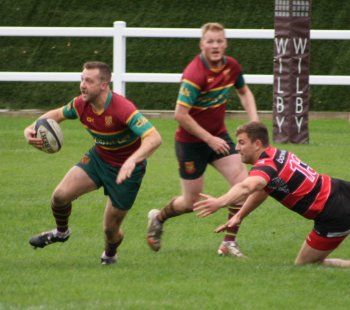 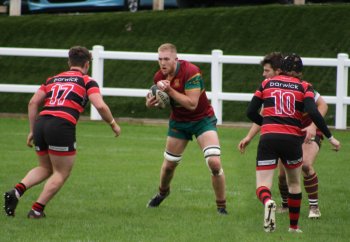 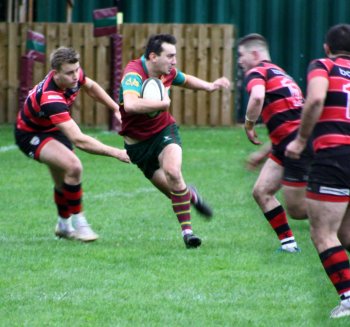 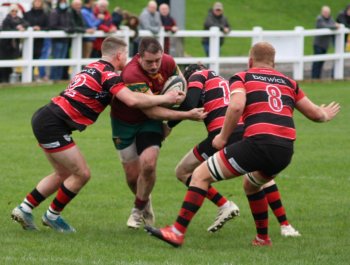 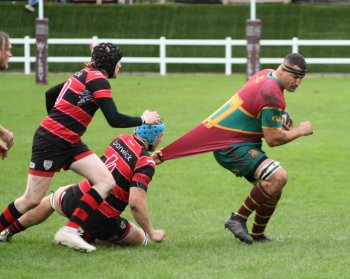 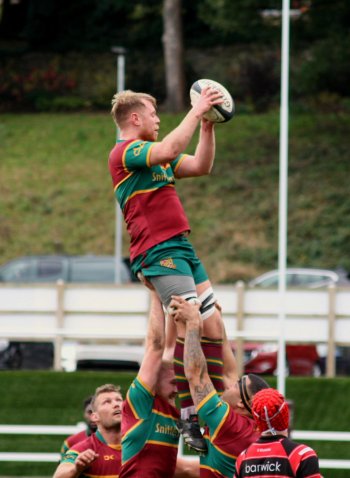