Heath welcomed back hooker Alex McFadden, following a long injury lay-off, as he replaced Mark Puttick who took a stint on the bench and with Ben Stringer unavailable Fergus Marsden had a starting berth in the backrow. Also returning at centre was Tom Owen with Matt Hallett moving to the bench.

Conditions were perfect as Heath kicked off and put early pressure on the visitors defence but it  was Malton and Norton who had the  first chance to put some points on the board but an easy penalty was missed with 5 minutes played. The let-off spurred Heath into action and Paul Turner put in a strong run, backed up by Tom Owen, but the visitors defence held firm. Next up, Elliott Spiers went on a jinking run from his own half and was only stopped by Malton's cover defence. Paul Turner looked as if he was going to open Heaths account with a try but he was stopped a metre short of the try-line, as the visitors defence once again held strong.

Heath were on top with 20 minutes played. However, the game developed into an arm wrestle as both sides tested each other out. An unfortunate injury to Callum Harriott-Brown on the half hour saw Matt Hallett enter the field of play, but, with half time approaching, the score remained pointless. The first half had been a tight affair though there had been some excellent rugby played by both sides, evenly matched.

Heath made an excellent start to the second half and following yet another brilliant run from Elliott Spiers were rewarded with a penalty, converted by Dan Cole, and a lead of 3-0, with 45 minutes on the clock, was fully justified. Mark Puttick replaced Fergus Marsden as Malton began to edge their way back into the game and they levelled the scores with a penalty after 55 minutes. In hot sunny conditions both teams were allowed a drinks break by the referee and from the re-start Heath appeared to not switch back on and in a five minute period conceded two converted tries and a penalty as Malton took control and led 20-3.

Heath needed to respond as Turner and Marsden replaced Cook and Rhodes with 15 minutes remaining and this seemed to inspire the home side. Marsden was on hand to win line out ball and, as Walsh released Joe Morrison, he linked well with Tom Owen taking the return pass to score under the posts, converted by Dan Cole and Heath were back in the game 20-10.

Captain Chris Moore was leading by example and urging his players on and, when Dan Cole kicked a penalty to the corner, this set up another onslaught into the visitor's tired looking defence. Heath continued to press with Marsden, Moore and Will McLaughlin making good yardage but Malton were holding on. Further pressure by Heath side saw the visitors reduced to 14 players, following a yellow card and Heath managed to take the advantage. The ball was won from a line out by Matt Beasty and then Dan Cole, Joe Morrison, Eddie Cartwright linked up to eventually get the ball out to Matt Hallett, who went over in the corner for Heath's second try. A missed conversion saw a score of 20-15 with minutes remaining.

Heath continued to press but the visitors held firm and were much relieved to hear the final whistle.

This was an excellent game of rugby from two evenly matched sides. Heath looked dead and buried at one point but they responded well and fully deserved to get something from the game. Next up is a trip to Durham City. 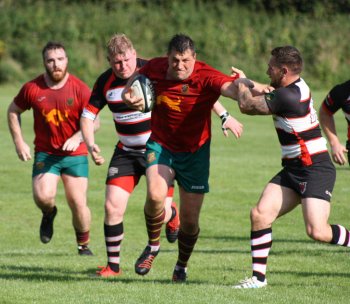 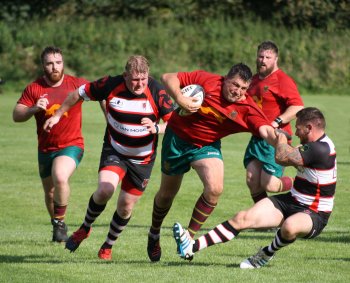 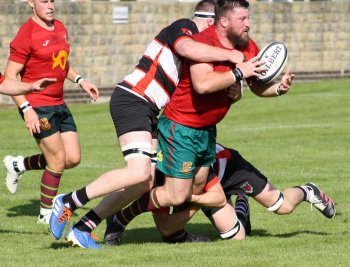 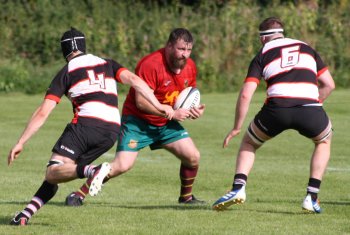 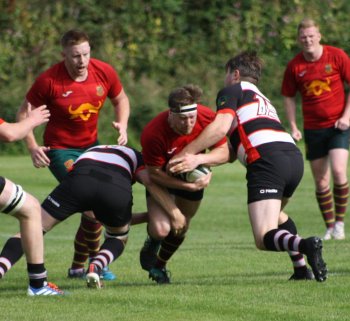 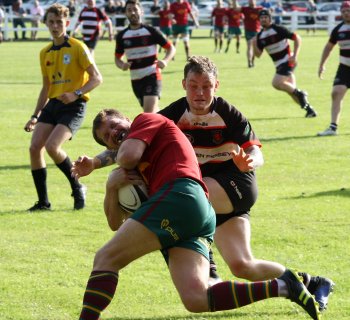 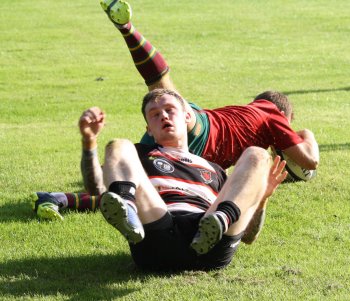 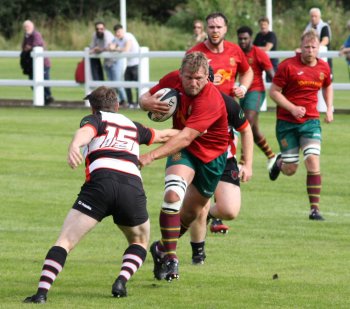 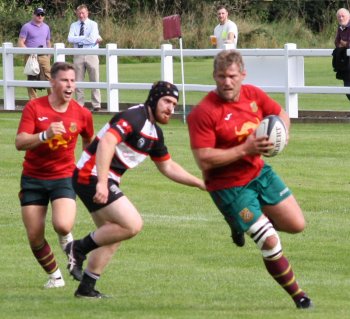 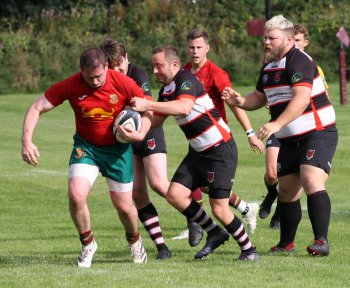 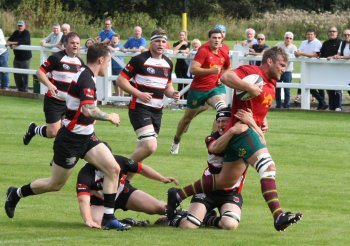 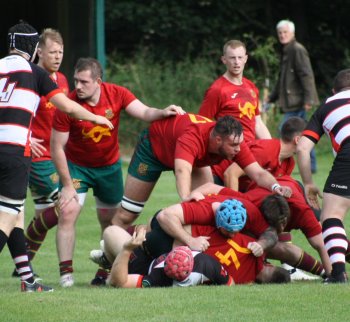 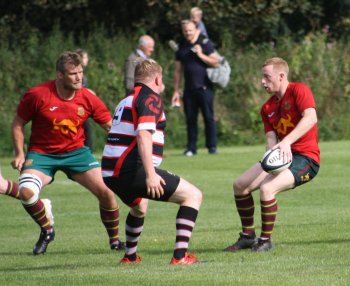 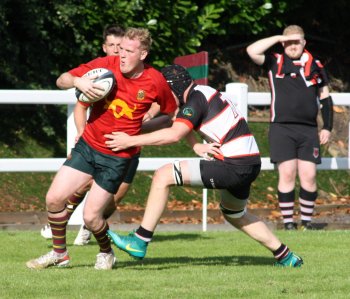 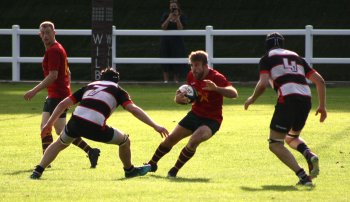