Heath entertained Pocklington in this North 1 East game, their first ever at Level 6. Preparations for the game were changed at the last minute as Captain Chris Moore and stand-off Dan Cole were unfit.  So in came Jack Pilcher and Olly Scrimshaw. Also unavailable, due to work commitments was Gavin Rhodes and in came Saif Boussadda who passed a late fitness test. On the bench were Fergus Marsden, George Heron and Matt Hallett. It was also good to see a rather tanned looking coach Syd Sales back on the touchline.

As with most games this season Pocklington would be an unknown quantity, but coach Dave Harrison had worked his squad hard during the week to ensure they were prepared - and early indications showed the improvements made as, from the first line-out, Matt Beasty grabbed the ball to set up a catch and drive to the visitors line with only minutes played. Pocklington stood firm and cleared the line but Heath were straight back with Callum Harriett Brown, Eddie Cartwright and Elliott Spiers  linking well and with Olly Scrimshaw prominent and dictating play the visitors could not handle the pace of the game, giving away several penalties in the process.

Line outs were much better than last week and when Ben Stringer stole the ball from one, this set up yet another onslaught into the Pocklington half and it came as no surprise when Heath took the lead with a penalty from Eddie Cartwright, 3-0, with 20 minutes played.

From the re-start, Heath got possession and continued to bombard the visitors defence. A fine run from Scrimshaw saw him release the supporting Harriott-Brown and with a try imminent only a loose pass to Spiers prevented a first try for the home side.

After 30 minutes Fergus Marsden and George Heron replaced Pilcher and Boussadda and both had an immediate impact. With Dom Walsh dictating play at the scrum this enabled the ball to come out to Joe Morrison and a superb run for the try-line looked like a certain try but, unfortunately, Morrison's pass once again fell short for Spiers, before the centre collapsed with an injured ankle and hobbled off the pitch. The referee brought play back for a Heath penalty and Cartwright increased the home side's lead to 6-0 with half time approaching.

Matt Hallett came on for Morrison. Pocklington had struggled all game to come to terms with its pace but managed to get hold of the ball and began to put pressure on Heath. Twenty plus phases of play later, with Heath in disarray, the visitors went over in the corner deep into injury time to reduce the arrears 6-5 as the half time whistle blew.

From the re-start the visitors continued where they had left off and it was Heaths turn to try and stem the tide. Unfortunately, Fergus Marsden and Jonny Cole clashed heads as Heath defended and had to leave the field replaced by Boussadda and Morrison but they could not prevent Pocklingtom taking the lead with a penalty on 43 minutes, 8-6.

The game became stop start with a splattering of injuries to both sides but Morrison, Hallett and Tom Owen were beginning to take charge and yet another penalty from Cartwright enabled Heath to take the lead again 9-8 with 55 minutes on the clock. However, the possession game came into play again for Pocklington but some sandbagging defence from the home side prevented a score. Unfortunately, Mark Puttick was yellow carded for an intentional knock on and the visitors took advantage. A missed penalty from them helped Heath but it was only a matter of time before the visitors would score and, from a quickly taken penalty, Heath conceded a second try, converted, and Pocklington led 15-9 with 10 minutes left to play.

An injury to Boussadda saw Marsden back onto the field and it was time for Heath to have patience and keep control of the ball. With the home crowd becoming anxious and willing Heath to score their first try, the home team began the onslaught. Morrison, Spiers and Mclaughlin made big inroads into the visitors defence and as Walsh was replaced by George Heron to increase the scrum power the pressure mounted and Morrison took his chance to go over for a try and now the  pressure  moved to Eddie Cartwright to seal the conversion. His first attempt was well wide but the official ruled Pocklington had encroached the field and ruled a re-take. Even more pressure but Cartwright kept his cool and converted and Heath led 16-15 with minutes remaining.

Could this be the dream start for Heath?  Pocklington had other ideas and surged forwards in search of a score. This seemed to be on the cards as some slick inter-play from the visitors backs looked like a certain try in the corner but, like an intercept missile, Matt Hallett had other ideas taking man and ball out over the touch-line with a textbook tackle, much to the relief of the home crowd and the amazement of the visiting crowd. From the line-out Beasty yet again won ball and Heath, with a driving maul, ended up on their 22 line and, from a clearance kick, ended up on the half way line. There now had to be another BIG effort from the forwards which they put in and when the final whistle blew Heath had gained a deserved win.

Focus now moves on to the away game at Scarborough, next week.  Always a difficult encounter but Heath will be buoyed by their performance today. 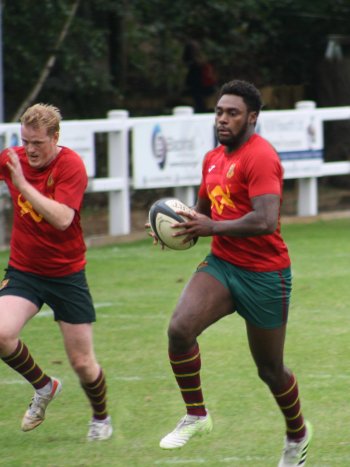 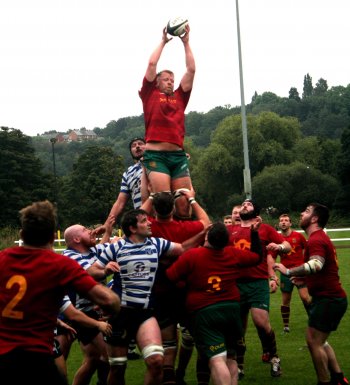 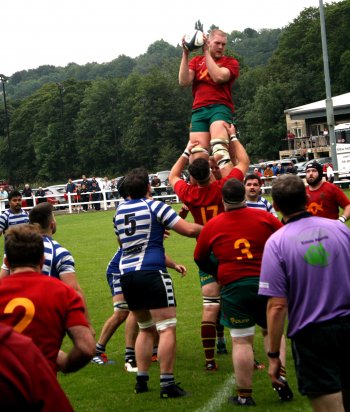 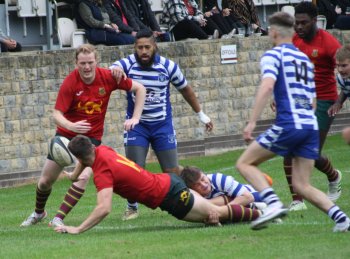 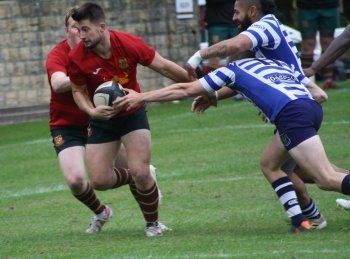 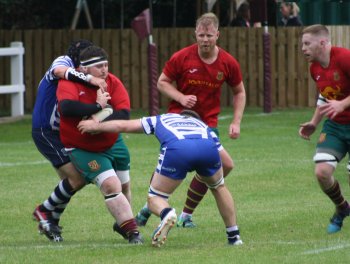 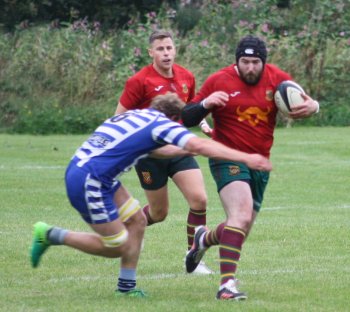 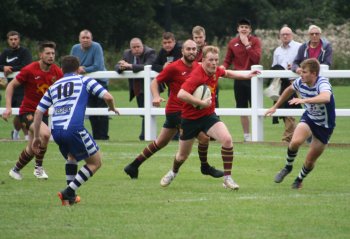 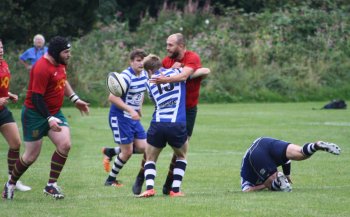 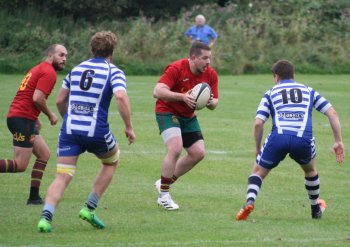 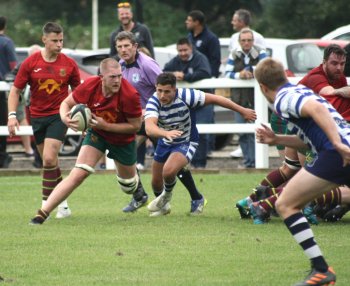 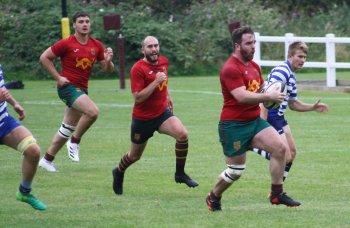 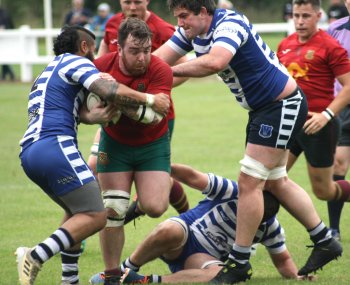 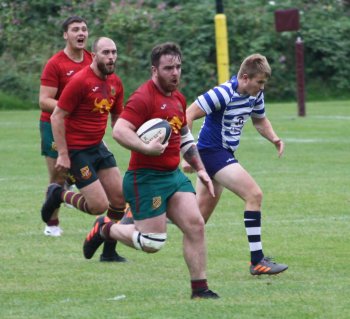 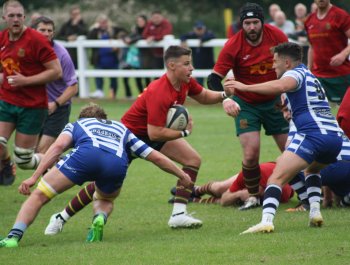 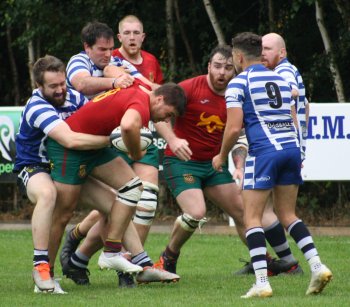 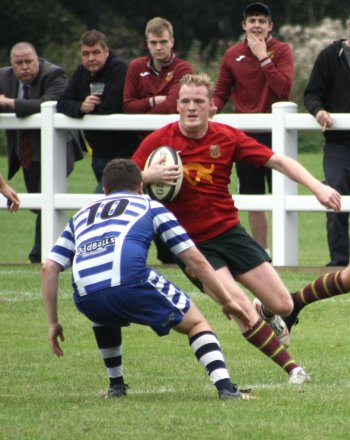