The home club also welcomed several new signings to the team signed up by coach Dave Harrison over the pre-season. The pack has been bolstered by the arrivals of Gavin Rhodes, second row, a vastly experienced player who has played at higher levels, will bring experience and have a calming influence and order to the pack. Also, arriving from Keighley, is the highly talented Will McLaughlin, playing open side and from West Leeds, Ben Stringer, who slots in at number 8. Once they begin to settle in Heath should have a formidable back row with Jonny Cole completing the trio. Finally, the forwards also see Jack Pilcher, who can play prop or hooker. Jack arrives from Old Crossleyans and has been chased by Harrison for a few seasons.  Additionally, the backs have been bolstered with the arrival of Elliot Spears, a winger who signed before lockdown but never played, the experienced Olly Scrimshaw and Joe Morrison, a nineteen year old prospect from Huddersfield.

In perfect conditions, as the lights lit up the arena, and with a huge crowd in attendance the game began with Brods making early inroads into the home defence. Under pressure Heath were  reduced to fourteen players with Ben Stringer yellow carded for a dangerous tackle with 2 minutes played. This did not help Heaths cause and the visitors quickly capitalised with a converted try from Alex Murphy, 7-0 with 6 minutes on the clock.

Brods were having the much better start but once Stringer re-joined the game Heath began to claw their way back into contention and were rewarded for some heavy pressure with a penalty conversion from Dan Cole, 7-3 with 25 minutes played. Brods response was immediate and wing Ben Barron was prevented from scoring a second try when he was tackled into touch with the try-line beckoning. Matt Beasty won the line out and Chris Moore ran clear before Brods gave away a penalty. Dan Cole kicked for touch and the danger was cleared.

The game was developing into a gladiatorial battle with Heath desperate to get a try. Gavin Rhodes, Olly Cook and Elliot Spears made solid yardage as the home side became encamped in the Brods half and it was only a matter of time for Heath to put some more points on the board as the visitors gave away a succession of penalties. Dan Cole pulled the score back to 7-6 on 36 minutes when, perhaps, Heath should have turned the penalty conversion into a try. From the re-start, Ben Stringer collected the ball and made yardage back into the Brods half and once again home pressure told with another penalty from Dan Cole which saw Heath lead 9-7 as half time arrived.

Coach Harrison made changes with Jack Pilcher and Saif Boussaada replacing Olly Cook and Gavin Rhodes and both were quickly involved in the action with some early runs. Heath continued to put the visitors under pressure but could not find a way through a resolute defence to get that elusive try. With Brods worming their way back into the game a penalty conversion on 50 minutes saw them re-take the lead 10-9. However, this was short lived, following a strong run from Pilcher who was stopped illegally with a high tackle from Brods, no yellow card, but up stepped Dan Cole for his fourth successful penalty, 12-10, with 52 minutes played.

The game now ebbed and flowed as both sides went in search of adding to the score. Joe Shipman came on for Will McLaughlin, who had made a solid debut, and Heath continued to press but could not break down a resolute black and red defence. More penalties followed and Cole increased the Heath lead to 15-10 with 15 minutes to play. This seemed to have an impact on Brods and they began to put the Heath defence under pressure. Olly Cook replaced Mark Puttick but the visitors had clicked into gear and when Tom Owen gave away a penalty, Brods reduced the arrears, 15-13 and a tense 10 minutes left on the clock.

Rhodes returned to the action as Boussaada came off with an injury and Heath began a new onslaught on the visitors defence. Heath could not find a way through and from a mistake Brods snatched the ball and broke clear. There were several missed tackles before they scored a second try, to take the lead 20-15 with minutes left. Heath were still not beaten and mounted yet another attack but they could not break through for that elusive try and time had run out, much to the relief of the visiting supporters.

Out of the Yorkshire Shield but the priority must be survival in North 1 East. Attention now turns to the league and with Heath playing at Level 6 for the first time it is going to be a highly competitive season but the signs are good for the squad once players have gelled. Pocklington at home will be the next challenge, bring it on! 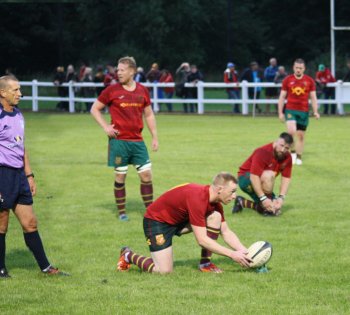 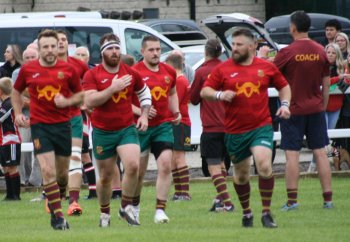 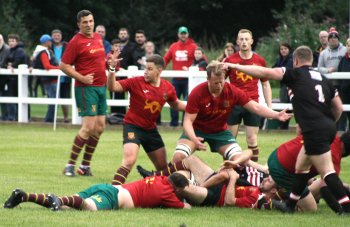 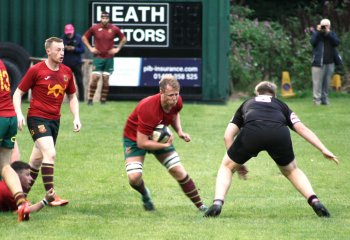 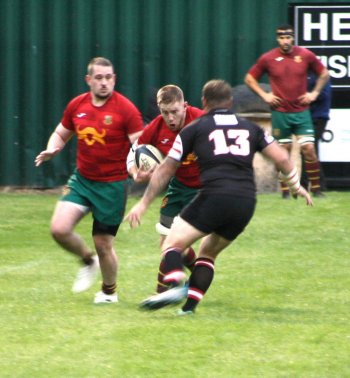 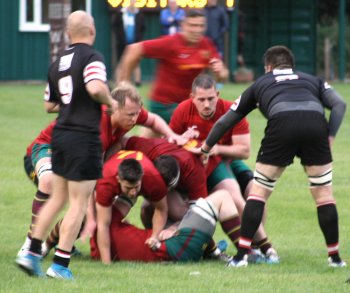 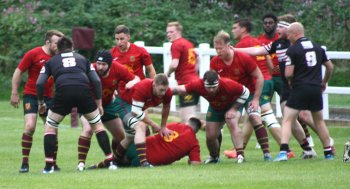 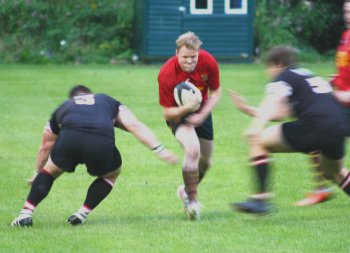