HARRIOTT-BROWN HAT-TRICK AS HEATH EASE PAST A STRONG SALEM

Heath welcomed back club captain Alex McFadden for his first start since injury in the Brods derby, back in January, with the only other change seeing Michael Reynolds take a seat on the bench. Salem arrived at North Dean sitting in seventh spot in the league and were capable of producing some good rugby, so Heath had to be on top of their game if they were to get anything from it.

In glorious, sunny conditions Salem kicked off playing towards the river end and immediately took control of the game splaying the ball around leaving Heath floundering and struggling to contain the onslaught. Following some excellent handling with 5 minutes played it came as no surprise to see the home defence breached and Salem went over the try-line for a certain score but as their player went to get closer to the posts, he dropped the ball for one almighty let off for Heath.

Salem continued to press and managed to get onto the scoreboard with a penalty conversion, 3-0 with 9 minutes played. From the re-start, Heath at last managed to keep hold of the ball and entered the Salem half. From a penalty, Dan Cole found touch and as Fergus Marsden soared high in the line out to win ball the Heath forwards drove towards the line and Alex Patrick emerged for a try in the corner. Ezra Hinchliffe hit a superb conversion and Heath led 7-3 with 13 minutes played.

Salem’s response was immediate as they mounted another attack but Heath had become defensively organised and withstood the pressure. Heath gained possession and when Hinchliffe released Willie Tufui the wingman set off on a charge. The Salem defence covered but Heath retained the ball and threw it back across the field to their other wing, Callum Harriott-Brown, who set off on a daunting 50 metre run to score a second try in the corner, 12-3 with 20 minutes played.

Heath were now finding some rhythm but had a lapse of concentration on 30 minutes as Salem won the ball and danced over for a converted try, 12-10.
Shortly after Salem converted a penalty to take the lead 13-12, Saif Boussadda and Olly Cook replaced Paul Turner and Fergus Marsden but, with time ticking, half time arrived with no further score.

The start of the second half saw Salem once again take control and were unfortunate not to extend their lead before Dan Cole put in a superb clearance kick to set up a Heath attack.  Nevertheless, the visitors’ defence looked solid but fortunately Dan Cole collected the ball on Salem’s 22 and threw a startling dummy to flatfoot the Salem defence and score a third try under the posts, converted by Hinchliffe, 19-13, with 50 minutes on the clock.

This seemed to have the desired effect on Heath as Dom Walsh began to instigate a number of plays. Olly Cook was held up just short of the line and following a number of scrums the ball squirted out to Harriott-Brown who scored his second try in the corner 24-13.

Walsh was replaced by Michael Reynolds and with Heath beginning to turn the screw Salem were showing signs of fatigue.  Saif Boussadda drove forwards and with Tom Owen in support up popped Alex McFadden for another try, 29-13, with 65 minutes played. Turner and Marsden replaced Chris Moore and Matt Beasty and Heath were now playing fast open rugby and with Salem struggling they had a player sin-binned for a no-arms tackle on Harriott-Brown. However, the wingman quickly bounced back rounding off a brilliant move form Heath with his hat-trick try on 74 minutes.

Next up from the re-start Eddie Cartwright went on a storming run but failed to finish and the game began to peter out. With a minute left, Dan Cole pounced on a dropped ball by Salem to score his second try under the posts and as Ezra Hinchliffe converted the referee blew for full time and Heath had another fine victory, 41-13.

Heath were made to battle for this result by a determined Bradford Salem side who ran out of steam with a quarter of the game to play, as Heath ground them down. Bonus points in the bag, points difference increased, four points behind the leaders, five games left to play, what an end of season we are in for. 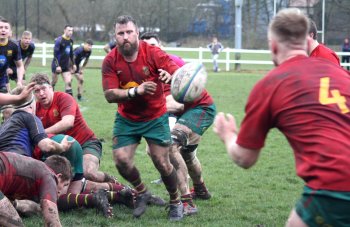 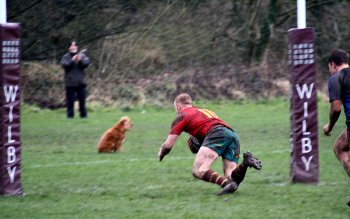 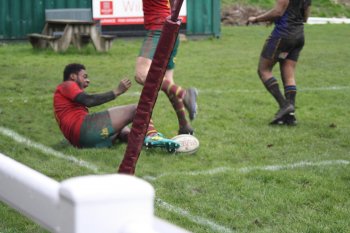 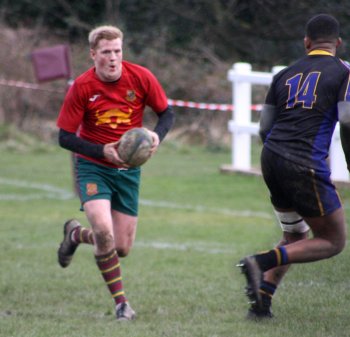 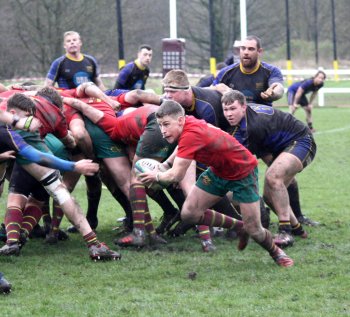 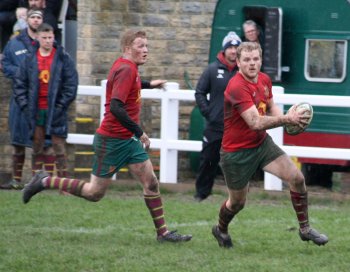 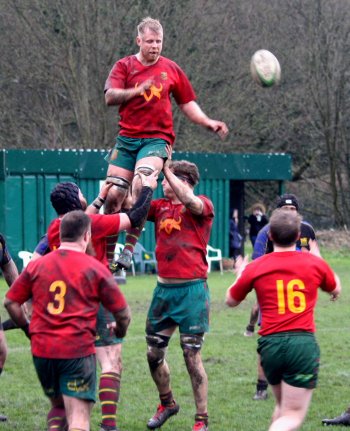 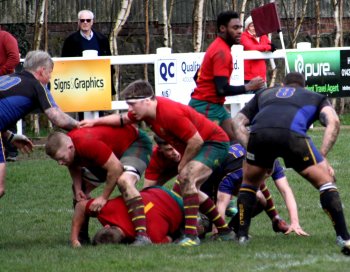 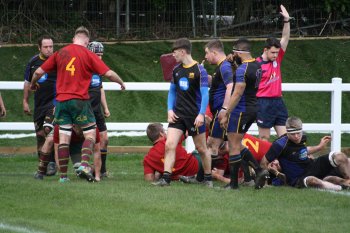 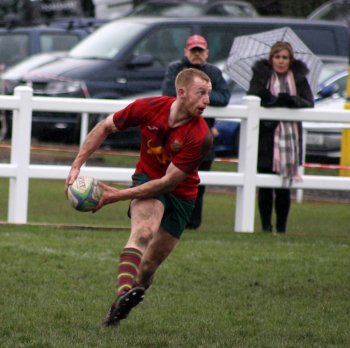 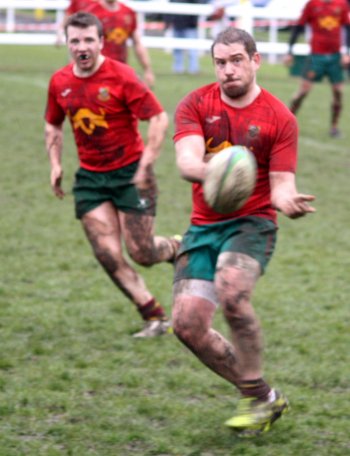 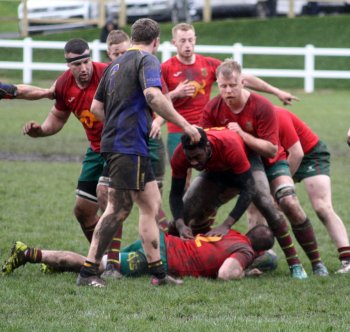 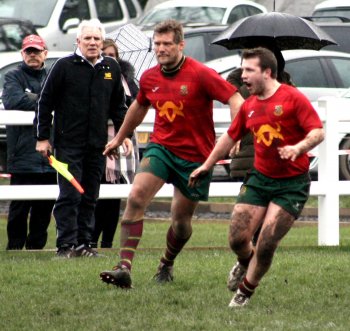 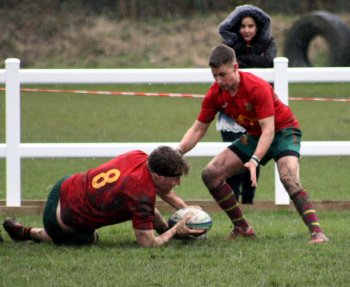 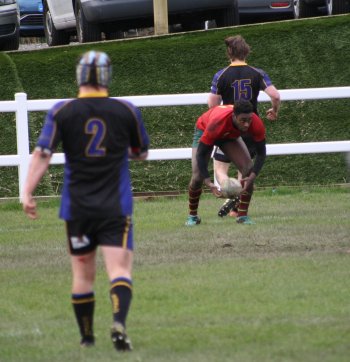