SOME CHAMPAGNE RUGBY FROM HEATH

Heath welcomed lowly Pontefract to North Dean looking for maximum points to maintain the pressure on leaders Old Brodleians at the top of Yorkshire 1. Ponty were undefeated in 2020 and were hoping to spring a surprise result. Heath gave a starting berth on the wing to stalwart Si Brown and there was a home debut for centre Tom Owen. With prop Paul Turner serving the last week of his suspension Olly Cook continued alongside the evergreen Mark Puttick. On the bench Heath welcomed back Fergus Marsden, who sat alongside Luke Saltonstall and George Heron, who had his second game for the firsts.

In glorious conditions Heath kicked deep and immediately put the visitors under pressure as Saif Boussadda gathered a loose ball setting up the supporting Callum Harriott-Brown and Eddie Cartwright whose deft pass released Olly Cook to charge to the line before being bundled into touch. From the resulting scrum Heath powered forwards and as the ball came out to Ezra Hinchliffe he sent in Jordan Moana who scored the try, converted by Hinchliffe and Heath had the perfect start, 7-0 with 2 minutes on the clock.

From the re-start Jonny Cole ended up under a mound of players and had to leave the field with an ankle injury with Fergus Marsden replacing him. He was quickly called into action as Pontefract mounted a first real attack and following a clever kick to the corner they scored an unconverted try, 7-5 with 6 minutes played. Heath responded immediately with Olly Cook and Jordan Moana making solid yardage before the ball came out to Callum Harriett-Brown on the opposite wing who sprang out of the traps to score a second try, converted by Ezra Hinchliffe and Heath had restored their lead 14-5 with only 12 minutes played.

Unfortunately, once again from the re-start Saif Boussadda received an injury and George Heron entered the fray. The game was wide open and next up the gazelle like Eddie Cartwright put in a super run which left the Ponty players floundering, before releasing Olly Cook and then the supporting Fergus Marsden and George Heron. Pontefract gave away a number of penalties as they battled to keep Heath at bay and from one Ezra Hinchliffe converted to increase the lead to 17-5. Heath were now in full control and playing with confidence as Eddie Cartwright passed to Dan Cole who threw a long ball to Mark Puttick who flicked the ball on to Tom Owen and the centre went over for a home debut try, although the referee ruled a penalty try as a Ponty player was adjudged a high tackle in trying to prevent the score, 24-5, with 25 minutes played.

Heath were now entertaining the crowd with some fluent, champagne rugby and when Dan Cole threw an outrageous dummy to flat foot the visitors defence Tom Owen was again on hand to this time score a try, converted by Ezra Hinchliffe, and Heath had the bonus point 31-5 on the half hour mark. It was all Heath and next up Si Brown went on a storming jog before releasing the supporting Dom Walsh whose pass to Eddie Cartwright saw the full back, who was all over the field, surge towards the try-line before being halted by a faltering blue and white defence. The whistle blew for half time with no further score but Heath had put in a superb 40 minutes of rugby and the home crowd wanted more.

The crowd were buzzing as Heath began the second half and they did not have too long to wait for another score. Pontefract had no answer to the flying wing Callum Harriott-Brown who linked up with full back Eddie Cartwright. He scythed through the struggling visitors defence before releasing a superb reverse backhand pass to Dan Cole who in turn sent in Tom Owen for the score of the game, converted by Ezra Hinchliffe, 38-5 with 43 minutes played.

The  game was Heaths but full credit to Ponty as they fought back to score a converted try 38-12 before Saif Boussadda and Luke Saltonstall replaced Jordan Moana and George Heron with 30 minutes remaining. Ponty went in search of another score and Heath were made to defend with some ferocious tackling and from one a dropped ball was seized upon by Chris Moore. The ball came out to Callum Harriott-Brown who went on a 60 metre run to score his second converted try, 45-12 with an hour played. This inspired Heath again and from another flowing move from the backs Dan Cole finished off with a second converted try on 63 minutes, 52-12.

Once again much to Pontefracts credit they kept battling and were rewarded with a converted try, 52-19 with ten minutes remaining. This proved to be the last of the scoring as the game wound down. It had been a brilliant display from all the boys in Maroon and they fully deserved the accolades of the home crowd when the final whistle blew.

Five points and an improved points difference secures second spot as Heath now focus on a trip to the East coast next week to take on Bridlington. 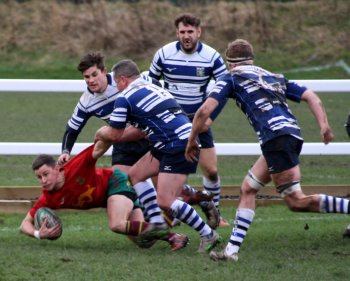 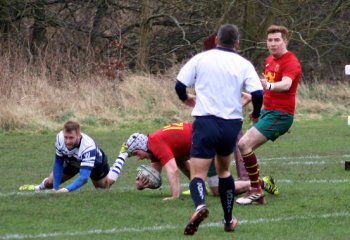 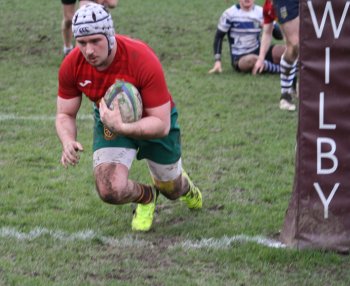 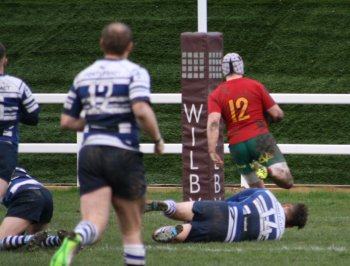 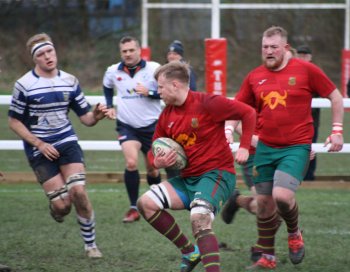 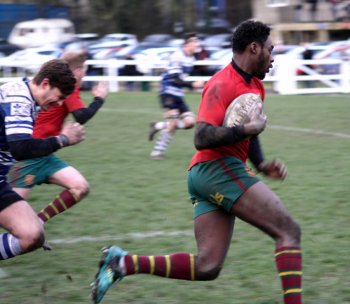 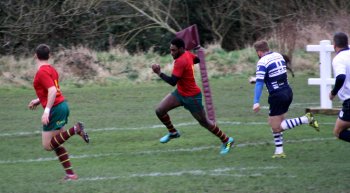 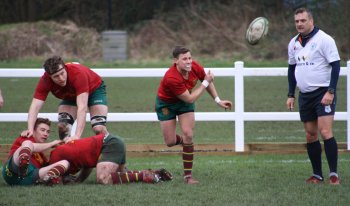 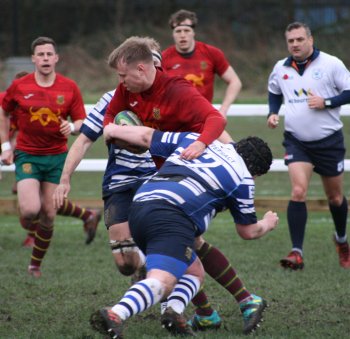 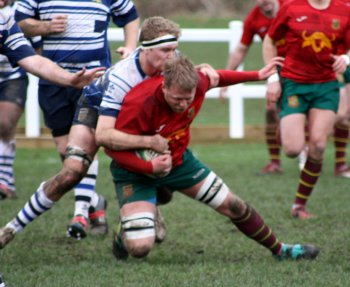 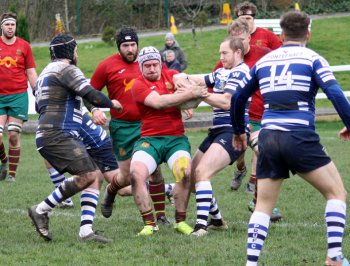 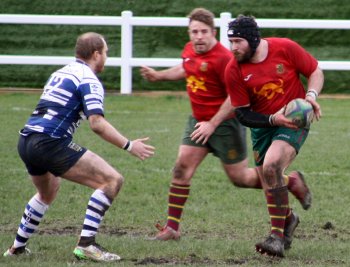 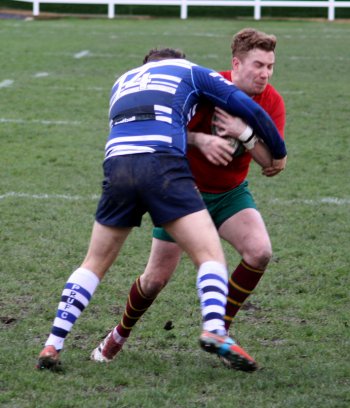 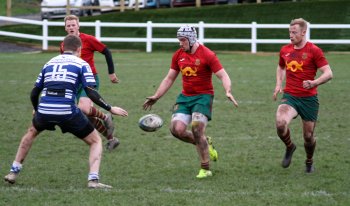 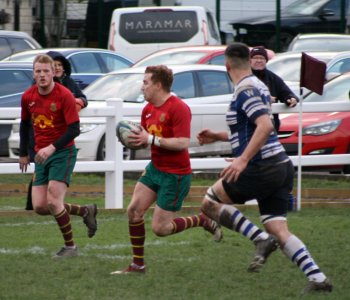 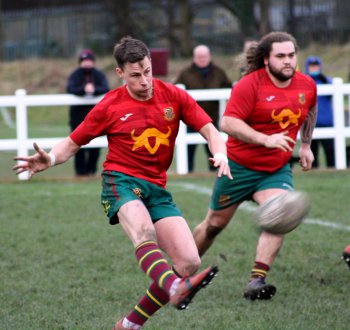 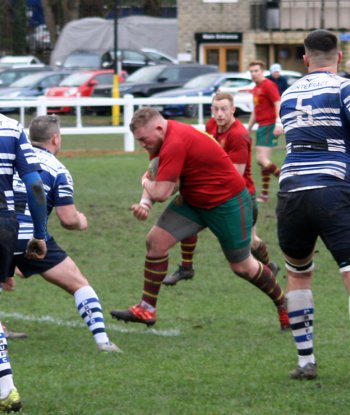 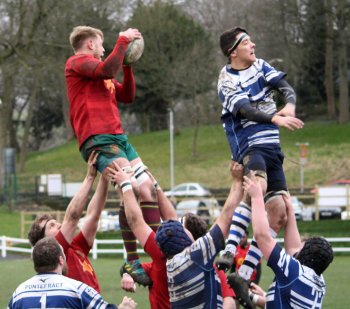