A really competitive game and a good win.

Heath started strongly and soon asserted themselves in this top of the table, local derby. Heath's pack were dominant all game with Mark Puttick and man of the match Joe Shipman leading the way with strong carries and tough defence. The backline were struggling to combine, with Rishies centres defending well and turning over ball. Tobias Hinchliffe scored the first try, volleying a poor pass and winning the foot race to touch down, Michael Reynolds missed the conversion. Heath were on top and Jordan Moana benefitted from a scrum ten metres out, controlling and touching down for a pushover try. Matthew Hallett converted and was involved in the next try, making a clean break before feeding the prolific Danny Greenwood who scored from twenty metres out, Hallett converted.

Heath were well on top at this stage, Emlyn James, Craig Morley and George Heron carrying well and over powering their opposite numbers in all aspects of the game. The hardworking Max Dawes and Brook Ward took a deserved rest with Matthew Wilkinson and Ben Fairbank entering the game. Wilkinson looked to speed the game up again but unfortunately twisted his ankle on his second carry, Martyn Barnes replaced him. The next fifteen minutes were dominated by mistakes and poor decisions which put Heath under pressure and resulted in a converted try for the visitors. On the last play of the half Heath were awarded a scrum close to the line, Moana controlled again and rumbled over, Hallett converted. 26-7 at half time but the last part of the half was poor and the team needed to go back to what was working at the start. James Whitworth and Richard Dance replaced Morley and James.

Rishies continued as they'd finished, defending well and frustrating Heath. They were pushing for more points but Heath's defence stood firm with Fairbank prominent, however, the referee spotted what he deemed a no arm tackle and dispatched him to the bin. Sam Gill was growing into the game and Reynolds tried get the pack moving forward again. Hallett and Moana put in some big hits with Chris Robinson and Jack Bruce unlucky not to get clear with last ditch defence halting their progress. Moana, Heron, and Barnes came off for a deserved rest. Frustratingly the game was now stop start as the referee dominated proceedings. Gill was sin binned for a high tackle and, it was felt, a penalty try harshly awarded. Heath completed the scoring with their own penalty try as Rishies scrum couldn't hold the push. With ten minutes to go, after a scuffle, Fairbank received his second yellow card and was dismissed along with the Rishies number eight. Reynolds and Robinson cleared their lines and Heath saw out the game for a deserved 33-14 win.

In parts Heath were unplayable and dominated the game but discipline and mistakes kept the score down. Well done to the whole squad who played their part. Thanks to the lads who turned out for the thirds in a thrilling 12-12 draw against a strong Halifax Vandals team. 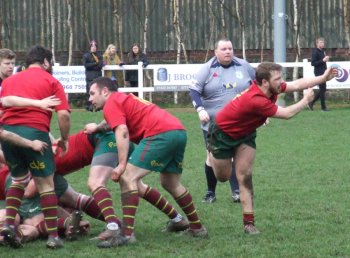 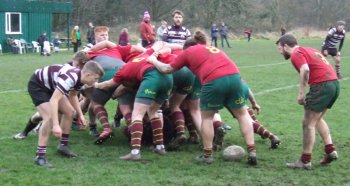 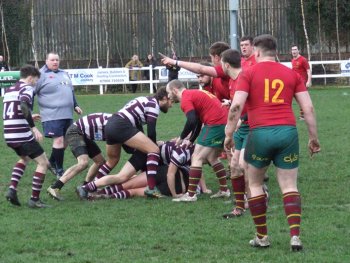 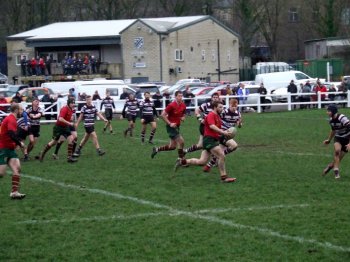