The returning Jordan Moana was on the bench in the only change to the Heath side for what was a crucial derby game for both clubs. Before the start of the game there was a minutes silence in memory of Heath President David Bradley who sadly passed away over the festive period.

A crowd of over 500 greeted both sides and from the start it was Heath who began the game the better and proceeded to put pressure on the visitors defence. A strong run from Willie Tufui was the first incursion into a fragile looking Brods defence and a run from Dan Cole set up another chance. Heath's pack surged forwards and when the ball came out to Callum Harriett-Brown the wingman scored in the corner and Heath led 5-0 with 10 minutes played.

Heath continued to  be in control and Eddie Cartwright was next to surge forwards and from a line-out won by Alex Patrick the ball was quickly passed along the line for Harriett-Brown to cross for his second try and a lead of  10-0 with a quarter of the game played.

Brods were struggling to get into the game but when the visitors prop Benny Prichett decided to drag Dom Walsh from the field of play and smash him into the stand wall the game turned. From the resulting fracas Heath's prop Paul Turner was red carded and they were reduced to fourteen players.  From the re-start Brods took control scoring a try in the corner to reduce the arrears, 10-5 with 25 minutes played. Heath re-grouped and spent the rest of the half protecting their lead as Olly Cook and Jordan Moana replaced Dave Skinnner and Saif Boussadda and they were relieved to hear the half time whistle.

It had been a good half for Heath who made a strong start and managed to protect their lead as the visitors finished on top.

The start of the second half Brods picked up where they had left off and quickly managed to score a try in the corner to level the scores, 10-10. Boussadda returned to the fray, replacing Matt Beasty, and shortly afterwards Si Brown came on for injured Willie Tufui as the game developed into a mid-field battle. However, on 65 minutes Brods looked to have prised open the Heath defence but the final pass was dropped with the try-line wide open. This seemed to inspire Heath and they had a period of possession keeping the ball moving as the clocked ticked down. Dom Walsh and Dan Cole were inspiring as Olly Cook, Chris Moore and Jonny Cole pounded into the Brods defence. Back came Brods as the game ebbed and flowed and there was some solid work from Luke Saltonstall as he managed to get under a Brods player and prevented a certain try. Walsh cleared and Saltonstall was again on hand to put in a tackle to relieve the pressure from the visitors.

Dave Skinner replaced Jonny Cole as the game went from end to end but from a final onslaught by Brods they were awarded a penalty. The crowd was hushed, showing correct decorum, as the ball sailed between the posts, 13-10 and it looked as if Brods had stolen the game. However, there was to be a twist as from the re-start Brods fumbled the ball resulting in a penalty to Heath. Up stepped Ezra Hinchliffe who, despite the jeers and whistles from some hostile Brods supporters, kept his cool to slot the ball between the posts to level the scores as the referee blew for full time.

It was the end to an eventful derby game. Heath had played sixty minutes with fourteen players on the field and prevented Brods from securing a win. Perhaps a draw was the fairest result for both sides.

Photos: Vic Heritage came to the game and took some really good photos. Here's a link address for his Facebook page: 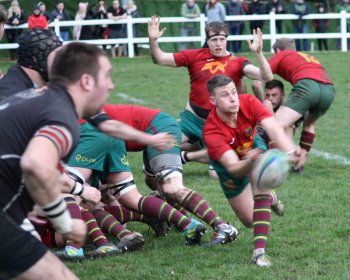 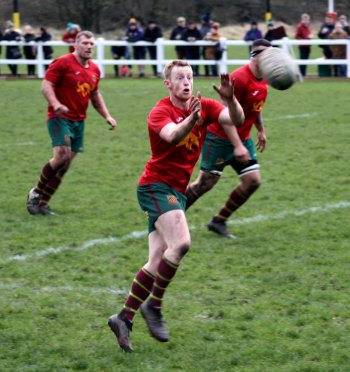 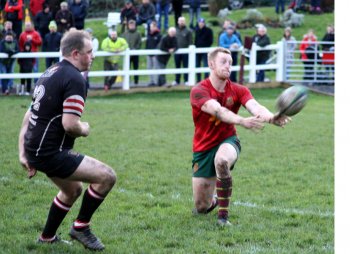 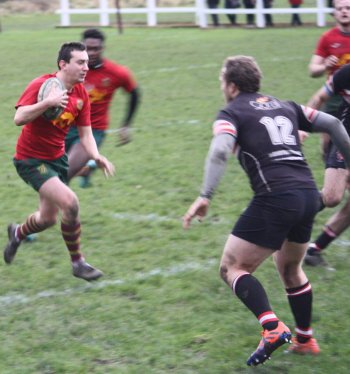 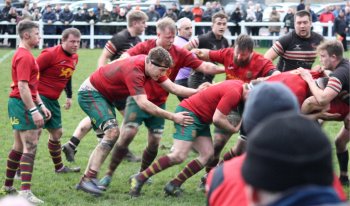 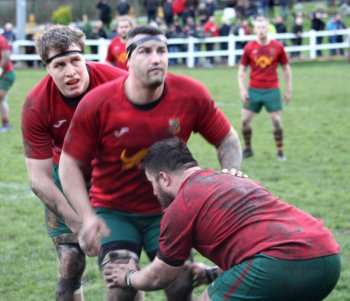 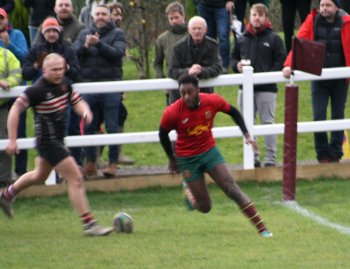 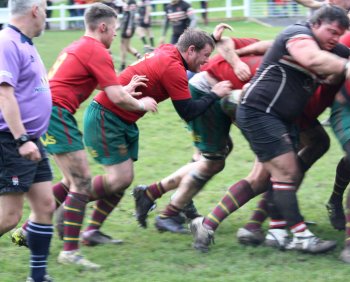 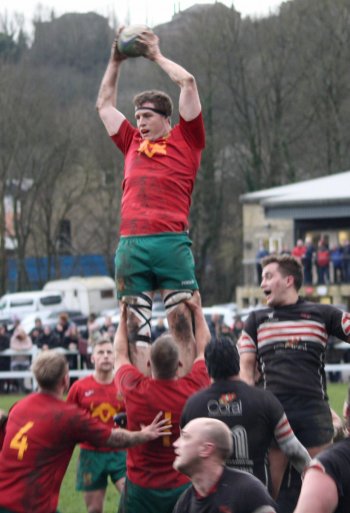 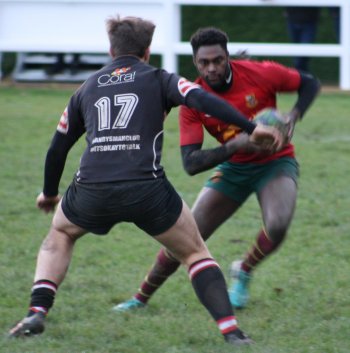 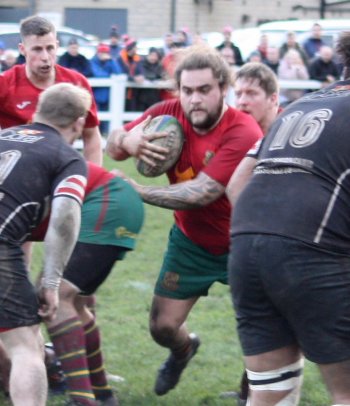