Heath entertained mid-table Dinnington looking to extend a home run of wins which dates back to February 2019 when they last tasted defeat as Beverley snatched a win in the final minutes of the game. Jonny Cole and Alex Patrick returned to the starting line-up replacing Dave Skinner and Richard Brown, both injured, whilst prop Paul Turner had a starting berth and on the bench Martyn Barnes sat alongside Olly Cook and the perennial Si Brown.

Weather conditions were dark and dank but with the match-day lights switched on and the large crowd tucked up, Heath kicked off playing towards the river end.

Dinnington were soon on the attack but Heath responded with a counter-attack of their own. Jordan Moana surged up the middle of the park with several Dinnington players hanging from him before Dom Walsh picked up the ball to release Dan Cole. His clever pass to Eddie Cartwright saw the full-back slip a pass to Callum Harriott-Brown. The winger still had a lot to do but he managed to skirt around the visitors defence and score a try, converted by Ezra Hinchliffe, 7-0 with 4 minutes played, the perfect start.

Dinninngton responded well and were patient keeping hold of the ball and eventually finding a gap in the home defence and levelled the scores, 7-7 with 12 minutes played. Undeterred, Heath went back hard and became encamped in the Dinnington half but despite the home sides efforts it wasn’t until the 27 minute before they managed to take the lead again. From a line-out, won by Saif Boussaada, the ball came across the back line eventually reaching Harriott-Brown. The speedy winger slipped a pass inside for Cartwright who darted around the corner before kicking the ball towards the try-line. The energetic Dom Walsh was on hand to finish off a super try and with Ezra Hinchliffe having his kicking boots on the score was 14-7. Heath were rampant and it came as no surprise to see Willie Tufui finish off yet another super move as he latched on to a slick Dan Cole pass to score under the posts. Hinchliffe added the extras, 21-7. Dinnington were really struggling to contain the onslaught as Martyn Barnes and Olly Cook replaced Paul Turner and Jordan Moana but Heath could not add to their tally as half time arrived.

Heath began the second half in fine fettle and yet another flowing move along the back line saw Luke Saltonstall finish off with a superb bonus point try as Hinchliffe added the extras 28-7, Heath were cruising. Dinnington did work hard to keep in touch winning scummage ball so coach Harrison brought back Moana and Turner replacing Matt Beasty and Chris Moore both of whom had put in  challenging stints with a quarter of  the match remaining. This seemed to reinvigorate Heath and they once again mounted an onslaught on the visitors defence. Jonny Cole was all over the place with his terrier like tackling and from a ball he won he put in a clever kick for Saltonstall to chase but the visitors had it covered. Next up, Alex Patrick turned winger with a storming run down the line before being bundled into touch and when Heath won the line out, the ball was once again thrown along the back line. The pass to Eddie Cartwright was poor but he quickly adapted and fly kicked the ball to the try-line where Jordan Moana pounced to score a fifth try, converted by Hinchliffe, 35-7, after 65 minutes. Si Brown and Matt Beasty came on for Jonny Cole and Luke Saltonstall and with the clock ticking down Heath went in search of another try. Ezra Hinchliffe made a great break on the half way line before linking up with Eddie Cartwright. Dinnington could not cope with the continued onslaught and following a quick tap penalty from Dom  Walsh the ball came out to Paul Turner who showed 'you never lose it' with a super pass to Jordan Moana and a final converted try, 42-7. The game was over but much to Dinningtons credit they had the final say with a converted try, 42-14, as the referee blew for full time.

Once again this was another workmanlike performance from the whole Heath squad as they maintained top spot. The result was even better when it filtered through that second place Old Brodleians had lost away to Leodensians which put Heath six points clear although Brods have a game in hand due to be played next week. 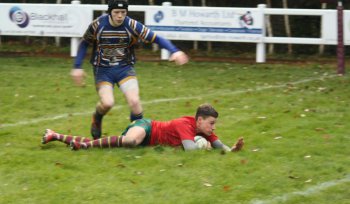 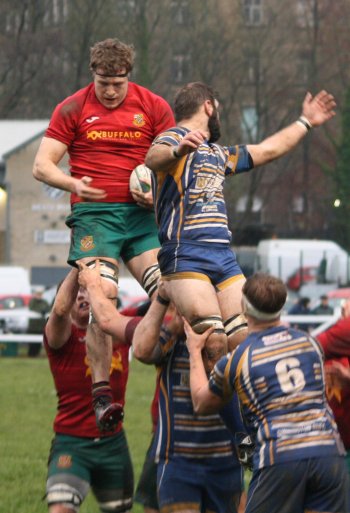 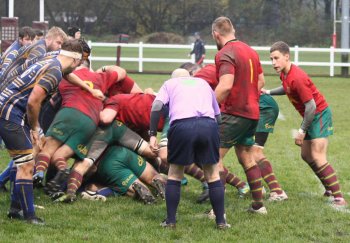 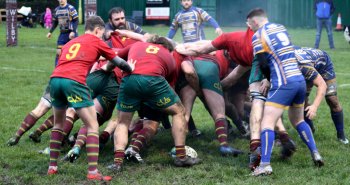 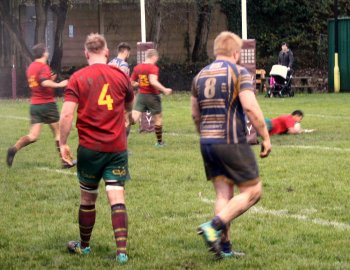 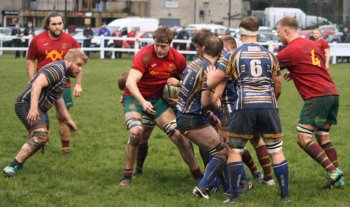 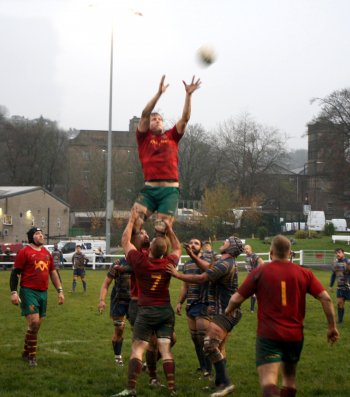