Salem make Heath struggle in first 40. But Heath get upper hand in 2nd half.

There were a few enforced changes to the starting line-up as Heath went on their travels again, this time to Shay Lane, to take on mid table Bradford Salem. Coach Dave Harrison gave starting berths in the forwards to Matt Beasty, Olly Cook and Jordan Moana and with the unavailability of Alex Patrick, injured, and Jonny Cole, work commitments, up stepped Martyn Barnes to start. With Richard Brown and Paul Turner taking a stint on the bench alongside the evergreen Si Brown.

Salems last tasted victory at home against Heath back in April 2010 and in dark gloomy conditions they kicked off going deep into the visitors half and were immediately rewarded with a converted try after 5 minutes, 7-0, could this be their day? Salem continued to mount assaults on a rather weak Heath defence and following the sin-binning of Matt Beasty they increased their lead with a penalty, 10-0 with 20 minutes played. Heath were struggling to contain a rampant home side and from the re-start they ran the whole length of the field and should have added to their score but dropped the ball with a second try begging.

A knock to Martyn Barnes saw Richard Brown enter the fray to try and stem the tide and this had an immediate impact. Heath, at last, managed to keep hold of the ball and as Olly Cook, Saif Boussaada, Jordan Moana and Chris Moore made good yardage the visitors mounted a first real attack. Salem were struggling to contain the onslaught and had a player sin-binned as the Heath forwards took control and with 30 minutes played Heath were on the scoreboard with a try from Richard Brown, 10-5. Paul Turner replaced Olly Cook and Matt Beasty returned from the bin and Heath were back to full strength and playing with a renewed confidence. A strong run from Dave Skinner saw him offload to Saif Boussaada and his clever kick through saw Callum Harriott-Brown and Luke Saltonstall set off in chase with Harriott-Brown winning the race with a touchdown, and the scores were level 10-10 as half time arrived.

Heath began the second half in confident mood with Salem struggling to contain the forwards' barrage and following a number of collapsed scrums the referee had no option but to award Heath a penalty try, 17-10, with 45 minutes on the clock. An injury to Richard Brown saw Martyn Barnes return to action and, as the home side continued to struggle, they had another player sin-binned to give Heath the upper hand again.  From a poor Salem line-out Jordan Moana grappled for the ball and scored a third try, converted by Ezra Hinchliffe, and Heath looked comfortable  at 24-10 with a quarter of  the game to  play.

Olly Cook returned as Chris Moore left the field and Si Brown entered the fray replacing Martyn Barnes and now it was time for Heath to extend a fragile Salem defence as they looked for an extra bonus point try. However, much to the Salem players credit, the home side had other ideas and fought back scoring an unconverted try to reduce the arrears 24-15 and continued to put more pressure onto the Heath defence. Heath were resilient and mounted a final attack as the clocked ticked down and from a scrum drive a super kick from Dan Cole enabled the flying wing Callum Harriott-Brown to pounce in the corner for that vital bonus point try. From the touchline and an acute angle a superb conversion from Ezra Hinchliffe added the extras for a score of 31-15. Heath continued to push for more points but as the clocked ticked down the referee blew for full time.

This was a real battle as Heath struggled to contain Salem in the first half but the home side could not maintain this effort and struggled to handle the Heath barrage in the second half. Heath maintained top spot in the league and have a visit from Dinnington to North Dean next Saturday. 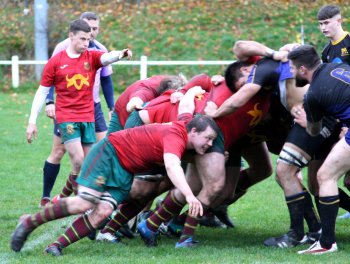 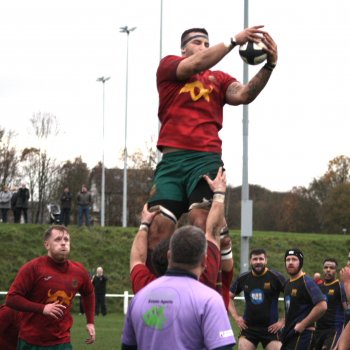 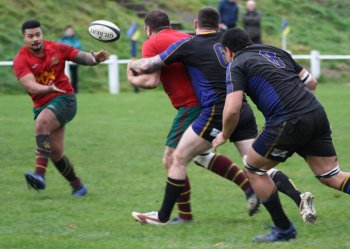 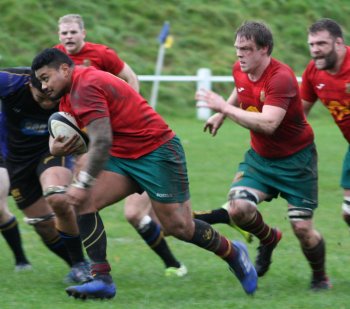 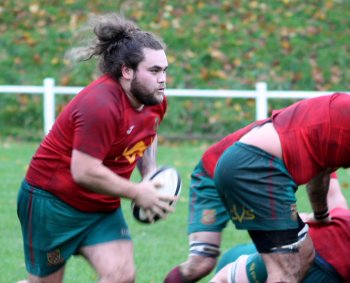 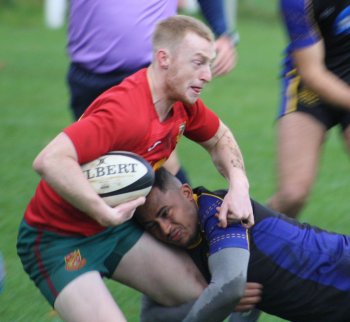 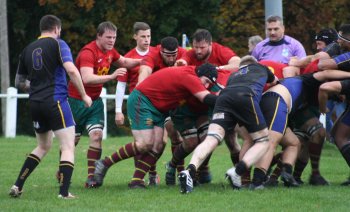