ANOTHER WORKMANLIKE PERFORMANCE TO CLAIM ALL 5 POINTS

Heath travelled to in-form West Leeds, who were sitting in fourth place after eight rounds of games, looking for maximum points to maintain top spot. Coach Dave Harrison gave a starting berth to Luke Saltonstall on the wing in the only change.

Following torrential rain during the week the pitch looked perfect with early bright sunshine as the home side started the game kicking deep into the Heath half. Early exchanges were even as both sides tested each other out but when Heath were awarded a penalty after 10 minutes Ezra Hinchliffe stepped up to slot the ball between the posts for the visitors to lead 3-0.

Heath were beginning to find some rhythm with Dom Walsh and Dan Cole pulling the strings and became encamped in the West Leeds half but despite going close on a few occasions could not cross the line. Dom Walsh went close, following a great run from Saif Bossaada, and with the forwards controlling the scrums it seemed only a matter of time before Heath extended their lead. On 25 minutes a penalty from Hinchliffe doubled the Heath score but it could, and should, have been more. The home side were becoming frustrated as Heath began to move the ball around the pitch and a third penalty conversion from Hinchliffe enabled Heath to extend their lead 9-0.

From the re-start West Leeds reduced the arrears with a penalty conversion, 9-3 with 30 minutes played. Heath's response was immediate as Boussaada, Jonny  Cole, Chris Moore and Willie Tufui took up the challenge to secure the first try and following excellent work from Dan Cole and Ezra Hinchliffe the ball came out to Luke Saltonstall. He exchanged passes with full back Eddie Cartwright who went over in the corner for the score, 14-3. Heath were now playing controlled rugby, confidence was high and with half time approaching they scored a memorable try. West Leeds were defending and kicked clear to the half way line. With the ball on the ground Eddie Cartwright had no option but to fly kick it forwards and the chase was on. Cartwright scooped the ball up and produced a pass between his legs to the on-rushing Ezra Hinchliffe who darted for the try-line. Despite a covering tackle he managed to flick the ball back to Cartwright who went over the line for a superb second try and a half time lead 19-3 was just reward for a workmanlike first half Heath performance.

Paul Turner, Dave Skinner and Saif Boussaada, who had all put in punishing stints, made way for Olly Cook, Matt Beasty and Jordan Moana, as Heath began the second half looking to pick up where they had left off. Willie Tufui was making huge yardage to put the home side back under pressure and the visitors were beginning to take control, playing with confidence and style. On the few occasions West Leeds went on the attack Heath's defence was solid and they quickly went back onto the attack. Callum Harriett-Brown and Ezra Hinchliffe linked well before Hichliffe again released Tufui who scored a try only for the referee to rule a forward pass. It was only a matter of time and from yet another scrum Jordan Moana went blindside to score a third try in the corner superbly converted by Hinchliffe, 26-3, with 55 minutes played.

It was now time for Heath to go in search of the bonus point try but to West Leeds credit they scored a converted try on 57 minutes, 26-10, before scoring a second shortly afterwards, 26-15, as Heath appeared to switch off.  They needed to re-group and sent Dave Skinner back on, replacing Richard Brown, for the final 10 minutes. The impact was immediate and, following charging runs from Alex Patrick and Dave Skinner, the ball came to Ezra Hinchliffe who threw an outrageous dummy to flat foot the home defence before kicking forward for Luke Saltonstall to chase. West Leeds had to kick the ball dead and from the resulting scrum Jordan Moana pounced again to score the bonus point fourth try, 31-15. However, the home side were not finished and came back looking for another score but once again Heaths defence was magnificent. Despite having Moana and Beasty sin-binned in the final minutes there was no way through the solid thirteen with every player, led by captain Alex McFadden, resilient in defence as the final whistle sounded.

This was a brilliant performance from every Heath player and the club sit top of the pile 2 points ahead of local rivals Old Brodleians. Next week they are on the road again as they travel to Bradford Salem and with confidence high they will once again be looking for maximum bonus point win. 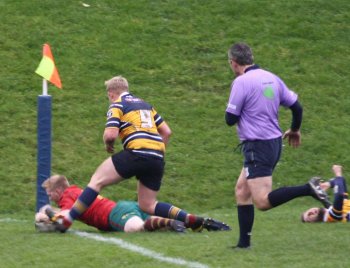 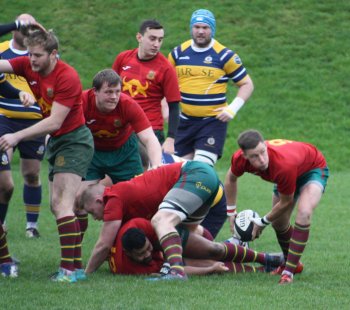 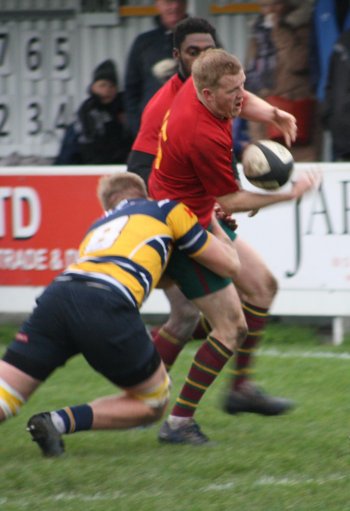 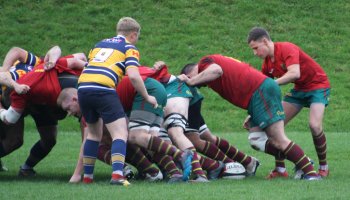 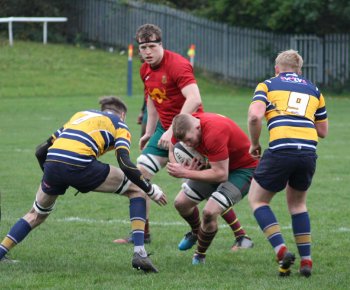 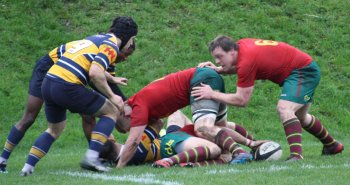 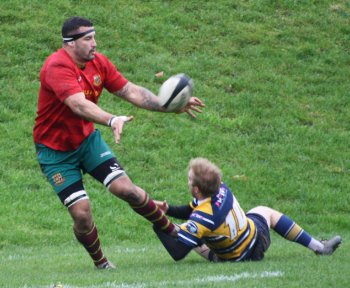 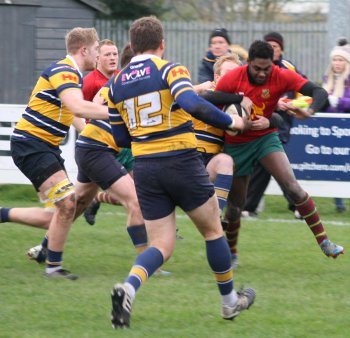 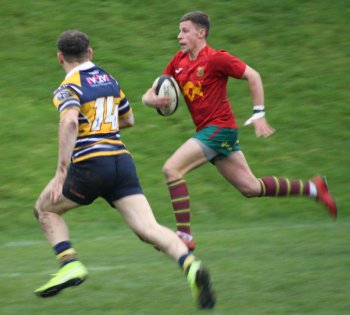 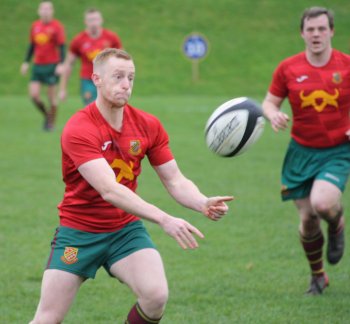