Heath drafted in Dave Skinner for the unavailable Jason Merrie in the only change to a Heath side who went into this derby on level points with Brods with both looking to maintain an unbeaten start to the season.

Heath elected to play up the slope and with a strong wind at their backs as Brods kicked deep to commence the game and immediately put the visitors to Woodhead under the cosh. The pressure told when wing Jason Dodd crossed the whitewash in the corner and the home side led 5-0 with 5 minutes played. Heath's response was immediate as they went on a first attack and were rewarded with a penalty within easy kicking range but chose to take a quick tap when perhaps points on the board was the better option. Heath were keeping hold of the ball and with the forwards making good yardage they had Brods struggling to contain the onslaught.

An injury to Alex Patrick after 15 minutes saw Matt Beasty enter the arena.

The game was developing into a real battle as both sides went in search of a score and the break came on 26 minutes when a run from Dan Cole saw him slip a pass to the supporting Ezra Hinchliffe and his slick pass to Luke Saltonstall resulted in a try in the corner, converted with a superb kick from Hinchliffe and Heath led 7-5. Heath were controlling the game and from the re-start Callum Harriott-Brown set off on a mazy 30 metre run before being hauled down by a desperate Brods defence. Paul Turner replaced Olly Cook on 35 minutes and Brods pounced following some inept tackling which enabled Michael Briggs to go over for Brods second try, converted by Phil Town and the home side led 12-7.

Heath bounced back and were awarded a penalty, which resulted in Brods having a player sin binned, but Ezra Hinchliffes attempt was just wide. Next up Saif Boussadda, Chris Moore, Matt Beasty, Richard Brown and Jonny Cole bombarded the Brods try-line before Dan Cole sent out a pass to Luke Saltonstall and a try looked on the cards before the linesman ruled in touch. Heath continued to battle and a second penalty resulted in Ezra Hinchliffe converting to reduce the arrears 12-10 as the half time whistle sounded.

Jordan Moana replaced Richard Brown at the start of the second half as Heath picked up where they had left off putting the home side under constant pressure. Brods first foray into the Heath half was after 50 minutes but Eddie Cartwright dealt with the danger, cleared the lines and set up Willie Tufui, who went on a charging run which resulted in a second Brods player sent to the bin. Ezra Hinchliffe converted the penalty and Heath led 13-12. Heath were now playing with confidence but Brods were defending well with some ferocious tackling from both sides. With the home side back to full strength they managed to mount an attack and Rob Jennings scored for Brods to take the lead 17-13. The score lifted Brods spirits and when Paul Turner was sin-binned for a high tackle it was Heaths turn to defend.

Olly Cook replaced Dave Skinner but he was quickly back on the field as Chris Moore received an injury. With Heath struggling, Richard Brown returned for Skinner who also received an injury in the battle to keep Brods at bay. With 10 minutes left Brods continued to batter the Heath defence and as the clocked ticked down Rob Jennings crossed for his second try, with Town adding the extras and a lead of 24-13 looked out of reach. Heath responded with yet another onslaught into the Brods defence and were rewarded with a try from Olly Cook, following good work from Eddie Cartwright, converted by Ezra Hinchliffe and a final score 14-20.

This was an excellent battle between two sides who will no doubt be fighting for top spot all season. The win saw Brods awarded the Dave Littlefair Trophy for the first time and secure top spot in the league but it is a long hard slog. 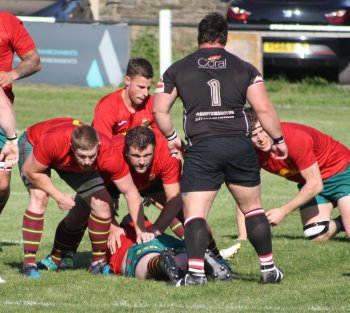 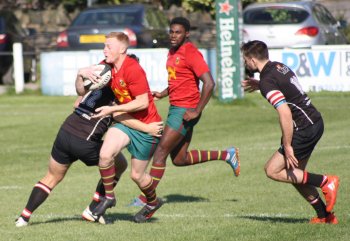 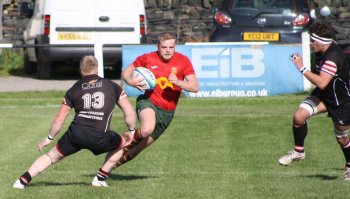 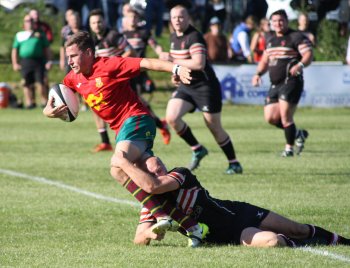 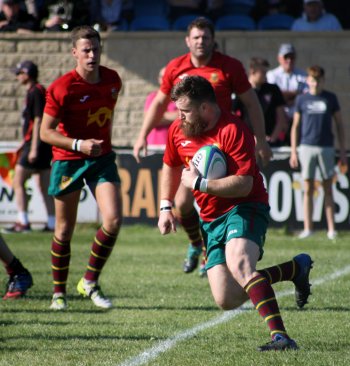 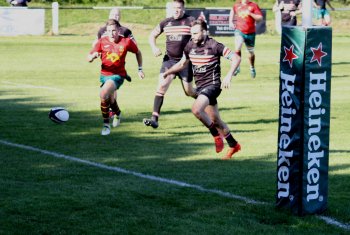 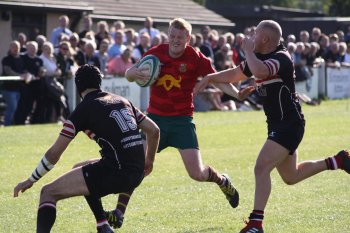 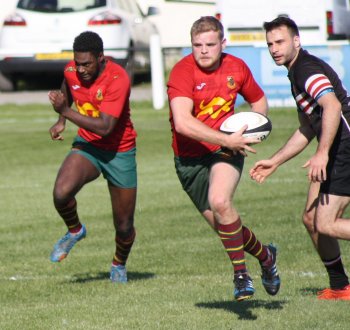 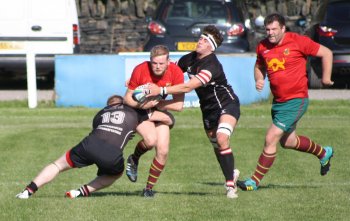 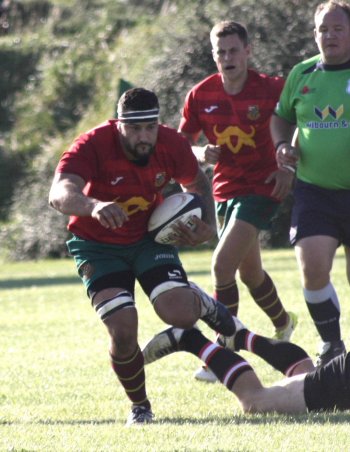 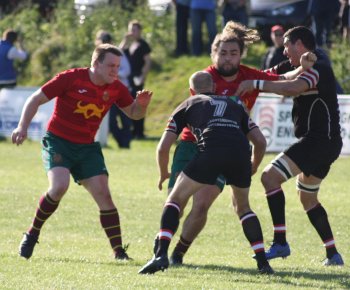 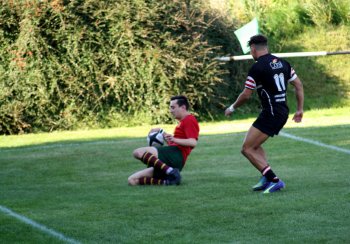 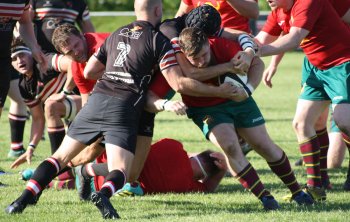 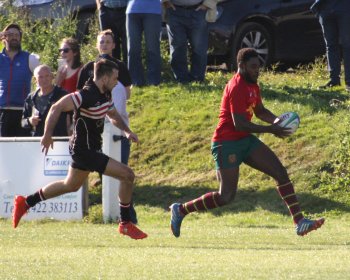 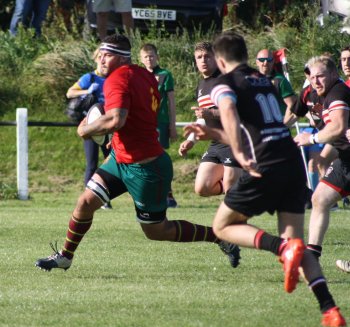