Solid win after being adrift at half time.

With no league match this week, Heath 2nds travelled to Brods for a fixture arranged as the curtain raiser for the later, Yorkshire 1 match between the Senior sides.

Brods fielded a strong side in this historically keenly contested contest, and one in which the 2nds lost to the last play of the game, the previous season.  They were , after some debate, given the added incentive of playing on the first team pitch.

Heath kicked off and Brods were immediately on the attack, with powerful running through their large pack. Heath were camped in their own 22 for much of the first twenty minutes but defended well . Wilkinson and Heron picked up from where they left the previous week with strong defensive tackles, however each time the ball was cleared it was returned with interest.  From a long clearance Brods forced a scrum and broke quickly for the opening score, which was converted

Brods knocked on under pressure, from Ward and Wilkinson, at the restart and Heath secured good ball from the scrum. Reynolds broke and was well supported by Heron, but they were soon overwhelmed, and the ball was cleared. Heath had a chance to equal the scores, when gaining a 5m Lineout from a penalty, but the lineout was poor, the clearing kick found Reynolds covering, releasing Dawes for a charge supported by Ward.  Heath then turned up the pressure and had several drives to the line held up, Reynolds was then unlucky to see a chip and run bounce into touch.  From a further drive , a hard tackle by Puttick saw him drop to his knees, resulting in him having to  leave the field with an arm injury, to be replaced by Dance.

Reynolds again broke from a set piece , and with Robinson overlapping, he chose to duck inside and was penalised for not releasing.  It was a sign of the pressure and competitiveness of the game , when Brods secured a penalty, just over halfway and elected to kick, the ball went dead to the right of the upright though. Heath were hanging in and their fitness was starting to reap dividends, with the Brods pack becoming less and less effective in attack.  Bruce ran a great line across the park, releasing Robinson who found Whitworth tight to the line, but he could not keep in field under pressure and the Ref blew for Half Time.

No changes were made, and Heath were encouraged to keep up the pressure .

James was secure under the high kick off, he and Dance supported by Shipman setup a great platform for a backs move. Hinchliffe went on a run , ensuring the ball went back to Reynolds , who found Brown, evading several tackles he saw James again in support . James rode several tackles passing out to Bruce who then took the fullback out of the game releasing Robinson, for a great flowing team try. Cole missed the difficult conversion

It was Wards turn this time to take the restart ball, Cole kicked deep into the Brods half. The Brods cleared deep and from the lineout they forced a further kickable chance, which they duly converted 10-5

The first tactical change was made from the Bench with James being replaced by Milner.

Brods missed another penalty chance, keen to keep a score between the two sides. Burbidge replaced Shipman, and was straight away into the game, with a great drive, however the offload was knocked on. Bruce then had to leave the field with an ankle issue and Griffiths took his place.  From Robinsons kick and chase , the Heath pack executed a strong drive but were held up and conceded a scrum. Heath forced a penalty and elected for a 5m lineout, but again failed to secure the ball , Brods clearing to the 22. Dance drove from the lineout and Griffiths showed his power and pace gaining several yards. Robinson then forced a deliberate knock on from one of the Brods forwards, and he saw yellow. From the penalty Dance again crashed through several tacklers, Heron in support had a drive for the line stopped but with the ball passed to Beever , he chipped through for Brown to score his 92nd career try for Heath. The extras were not added 10-10

Heath were definitely in the ascendancy , with the Brods taking several injuries from the tough tackling. Heath were focused on getting revenge for last year. Beever had another great run from the restart, jinking away from several tackles finally releasing Brown who found Robinson overlapping for another great running try. Cole added the Conversion to move the score to 10-17 with only 8 minutes remaining.

With the crowd starting to grow for the upcoming league match, Heath saw themselves back on the 5m line with a lineout to defend , Heath spoilt the ball and Griffith ran clear, the Heath Pack were there to support and drove the ball further into Brods territory. With the ball spilling loose , the clearing kick only found Griffiths again who was tackled into touch. The throw was deemed not straight and Cole cleared to the 22 , which proved to be the last kick of the game.

Another great performance by the 2nds against a well drilled Brods team , particularly in the pack. They could have folded in the first 20 minutes but worked as a unit and defended well. It was said last week  but was again to the fore in this match. The great attendance at Training and availability of a full squad is reaping dividends , we resume league duties next week away to Wharfedale 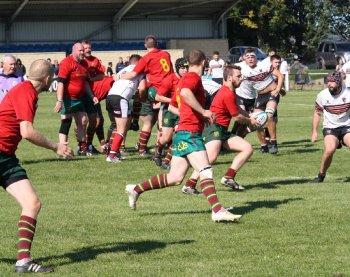 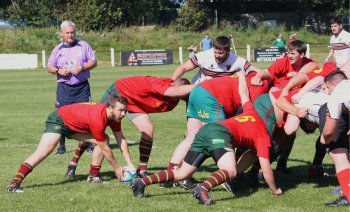 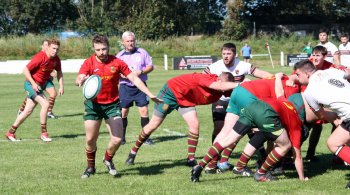 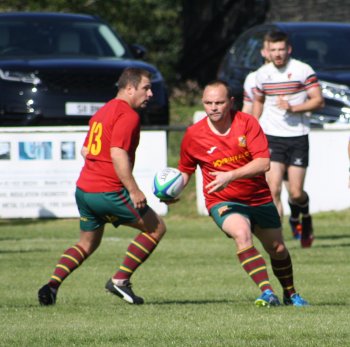 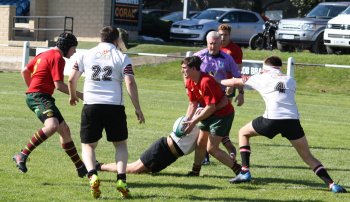 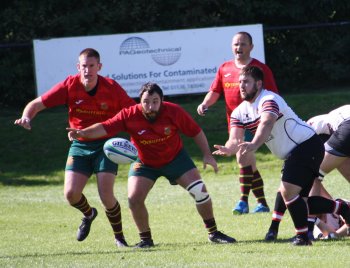 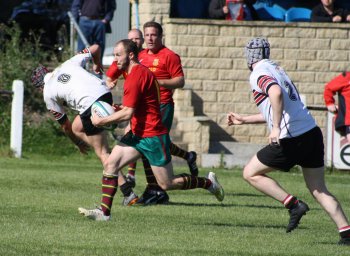 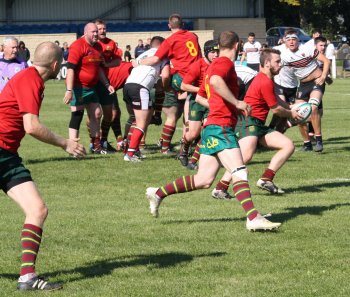 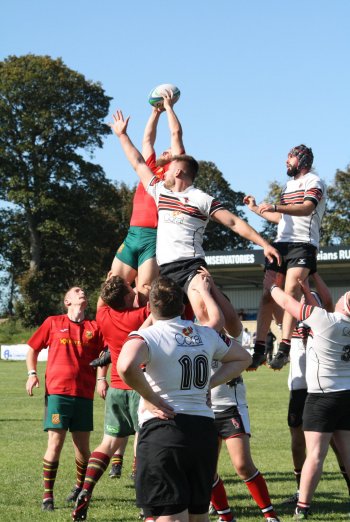 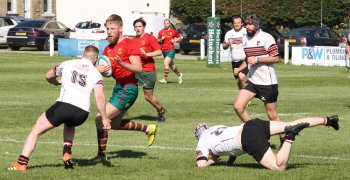 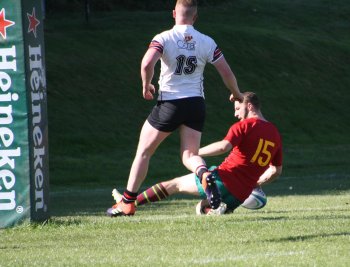