IN THE END A COMFORTABLE WIN FOR HEATH

Heath travelled to newly promoted Goole for their opening Yorkshire 1 encounter, looking to make a perfect start to the season and, despite a dis-jointed first half, they produced the goods in the second period to emerge victors.

Heath welcomed new signings Paul Turner in the front row, Willie Tulfi at centre and the returning Dom Walsh to the side that was so successful last season. Goole, meanwhile, finished Champions of Yorkshire 2 and were no doubt relishing a crack in the top division and, perhaps, fancied their chances of creating a shock result against one of the favourites for a top two finish.

The first half began with Heath facing a strong wind and the home side took advantage in the first quarter with some neat attacking play, but Heath's defence was solid. Goole continued to have the better of play and only a superb tackle from Paul Turner prevented the home side from opening their account. Jordan Moana was the first  Heath player to make any real yardage, with a strong charge to the halfway line, but, when Matt Beasty was sin-binned on 18 minutes, Goole came back strong. Shortly after Willie “the Tank” Tufli stormed through several attempted tackles to gain 30 metres before he off-loaded to the supporting Chris Moore and in, an attempt to stop the move, Goole had a player sent to the bin.

Play was fairly even up to the half hour mark but, in Heath's first real attack, Paul Turner and Chris Moore were prominent as they drove forwards, before Dom Walsh scooped up the ball to release Dan Cole and his slick pass to Si Brown saw the full back swoop over the line to open Heaths account. Ezra Hinchliffe had his kicking boots on and Heath led 7-0. Goole came back strongly and missed a penalty opportunity as they went in search of getting onto the scoreboard. Heath continued to defend well as Olly Cook replaced Mark Puttick. Goole once again went to attack but the Heath defence stood firm and, when Ezra Hinchliffe and Dan Cole linked well to deal with a high kick, it was Cole who found touch to relieve the pressure once again. In the last minute of the half Goole were desperate for a score but a penalty attempt from the half way line fell well short as the referee blew for half time.

At the break some harsh words came from the Heath coaching staff and this had an immediate effect at the start of the second half. From the re-start, Jordan Moana and Willie Tufli blazed their way through a desperate home defence before Callum Harriott-Brown received the ball to storm over the line in the first minute and, when Hinchliffe converted with a brilliant kick from the touchline, Heath led 14-0. Seif Boussaada and Dave Skinner replaced Matt Beasty and Martyn Barnes to inject more power into the Heath assault and Goole were beginning to feel the pressure and pace of the game. They had a player sin-binned as Heath began to turn the screw and, from the resulting penalty, Cole found touch. Alex Patrick won line-out ball and Dom Walsh threw a long ball out to Luke Saltonstall who went over for a converted try and a lead of 21-0 with 53 minutes played.

It was now becoming one way traffic as Heath went in search of a bonus point try and, ten minutes later, with Heath playing some excellent rugby, Dan Cole threw an outrageous dummy to flat foot the Goole defence scoring under the posts. Hinchliffe added the extras and a score of 28-0. Chris Moore and Richard Brown, who both had put in superb stints, were replaced by Mark Puttick and Matt Beasty and Heath went in search of more points. To the credit of the Goole players they kept battling to win ball but it wasn’t until the 70 minute mark that they mounted their first real attack of the second half and was easily dealt with by Heath, who responded with an excellent fifth try. Mark Puttick released the flying Callum Harriott-Brown who sprinted towards the Goole try-line. He was tackled just short of the line but the supporting Luke Saltonstall was on hand to grab the ball to score in the corner for an unconverted try, 33-0 with 75 minutes played.

As time was winding down Goole mounted one last attempt to get on the scoreboard but Heath had a sand bagging defence to nil their opponents and had the perfect start to their season.

This was a tough opening game for Heath but the size, fitness and skill of the whole squad stood out and they thoroughly deserved the five point haul. 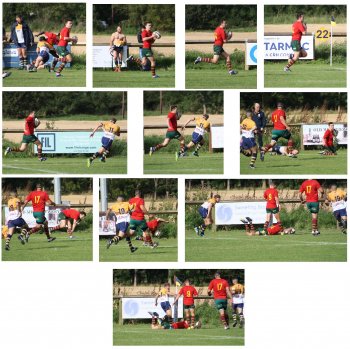 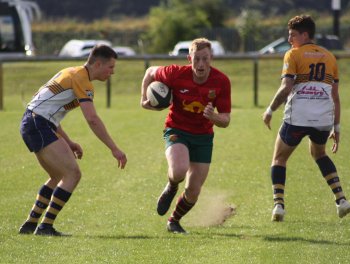 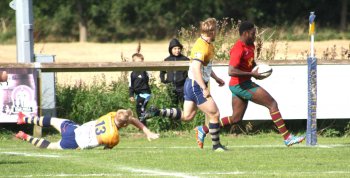 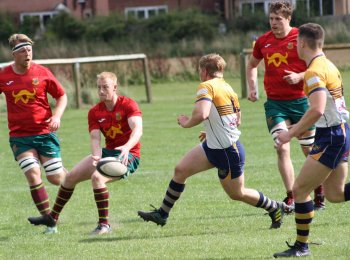 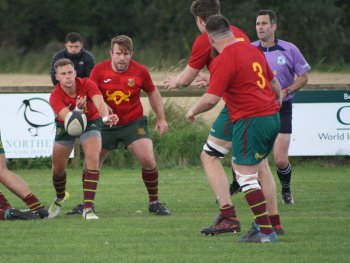 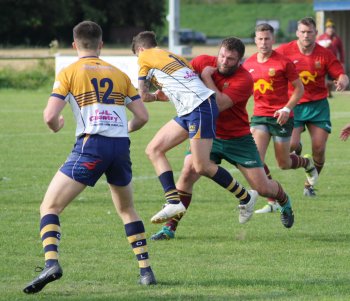 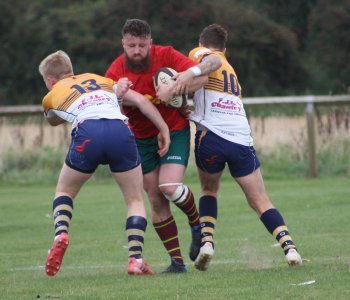 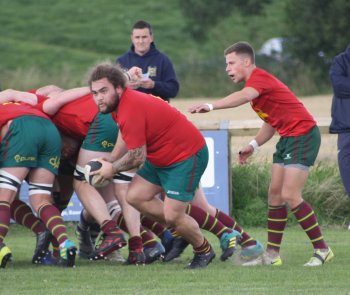 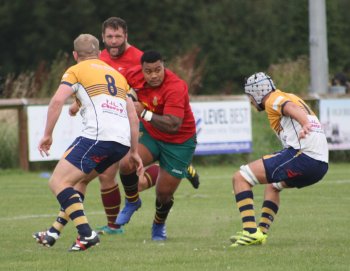