GOOD DAY AT THE OFFICE BUT WHAT A BATTLE

GOOD DAY AT THE OFFICE BUT WHAT A BATTLE

Heath entertained local rivals Old Crossleyans looking for that vital win which would firstly confirm securing second place in the league and a play-off spot for a chance of promotion and secondly ensuring bragging rights were maintained with a 100% winning run for the season from all six derby games. Obviously a great deal was at stake and in front of a crowd of over 400 and in glorious sunny conditions everyone was ready for a cracker of a game. Coach Harry made a couple of changes with Jonny Cole injured Jason Merrie returned and Chris Piper came in at prop with Dave Skinner moving onto the bench. Let battle commence.

Crocs kicked off and the first 10 minutes were spent with exchanges in midfield as both teams looked to gain the upper hand. The game was being played at a tremendous pace with no shirking in the tackles and was a typical derby encounter. Gradually Heath began to secure more ball and the astute kicking of Dan Cole set up several chances for attack with Richard Brown, Alex McFadden and Alex Patrick making valuable yardage. The visitors were beginning to creak and when an attempted clearance from Crocs was charged down by Patrick an opportunity arose for Heath to open their account as Ezra Hinchliiffe converted a penalty and Heath led 3-0 with 25 minutes played. From the re-start visiting centre Ryan Hammond was sin-binned for a high tackle and it was a chance for Heath to take further advantage. Chris Moore had to leave the field so on came Dave Skinner and he had immediate impact in the battle with several telling tackles. Scrum half Michael Reynolds was ferreting around the pitch trying to instigate an opening but Crocs were gradually clawing their way back into the game and after Reynolds was sin-binned Crocs were awarded a penalty and Dunne converted to level the scores 3-3 as the half time whistle blew.

It had been a meaningful battle between two sides who would not concede an inch and the crowd wanted more of the same in the second half. Matt Beasty was replaced by Seife Boussadda and the battle re-commenced.

Heath began well with Skinner, Fergus Marsden and Jason Merrie driving into the Crocs defence and  from a Crocs line-out near the visitors try-line Marsden won ball and Heath set up a driving maul which resulted in Merrie scoring the first try of the game on 45 minutes and Heath led again 8-3. Chris Moore replaced Chris Piper and with Heath back up to full strength the home side pressed for a further score. An altercation off the ball involving Chris Moore and Ryan Hammond resulted in Moore receiving a yellow card and Hammond a red for a second offence on 54 minutes and as the game re-started Crocs went in search of a score. Heath defended well and Callum Harriett-Brown relieved the pressure with a darting run which set up a Heath attack. The ball came across the backs and ended with Alex Patrick going over for a score only for the referee to disallow it for a knock on. Heath continued to batter the Crocs defence who were managing to stand firm and when wing Josh Hunt scooped up the ball on his own try-line he raced the full length of the pitch to go under the post for a try, converted by Dunne, and the visitors led 10-8 with an hour played. Heath brought on Jack Crabtree as Moore also returned and it was game on. The game was becoming very frantic from both sides and Crocs missed an easy chance to increase their tally with a missed penalty on 68 minutes. Heath stormed back with Dan Cole again instrumental in setting up attacks and from a scrum Heath dominated and with Richard Brown controlling the ball Heath drove towards the Crocs line and a try, converted by Ezra Hinchliffe and Heath led 15-10 with 72 minutes played. The game continued to see-saw as Crocs mounted yet another attack but full back Eddie Cartwright was in fine form as he covered the defensive ground first with a superb run and then an excellent clearance kick which found touch 10metres from the Crocs line. Matt Beasty came back on for Fergus Marsden as Heath continued to look for a further score. An easy penalty kick from Hinchliffe went wide of the mark and this seemed to inspire the visitors who mounted one last charge. Heath were making mistakes and with Crocs keeping the ball they went through thirty plus phases in search of a score. However, with eleven minutes of overtime played, Crabtree managed to secure the ball and kick it into touch and much to the relief of all concerned from Heath the game was won.

This was a tense battle and a typical derby and credit must go to both sides for putting on a superb show. Heath secure second place and a play-off at the end of April for a chance to play in North 1 East but now prepare for a Friday evening game when they travel over to Keighley on April  5th before ending their Yorkshire 1 campaign with a home game against Middlesbrough on the 13th.

Finally, Ian Rushworth attended the game for the Halifax Courier. Read his Report at:  https://www.halifaxcourier.co.uk/sport/more-sport/yorkshire-one-heath-clinch-runners-up-berth-1-9682881 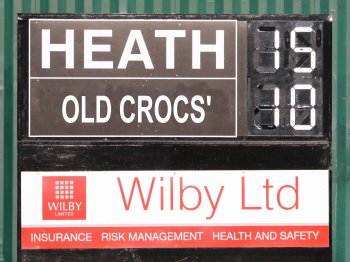 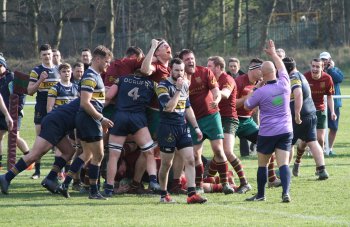 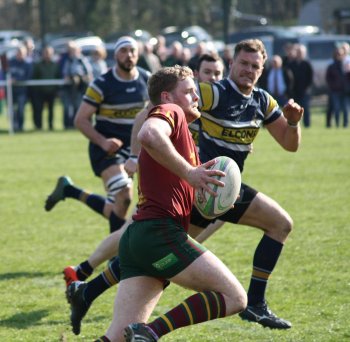 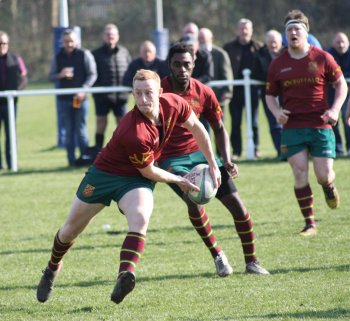 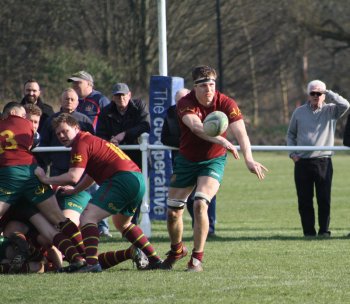 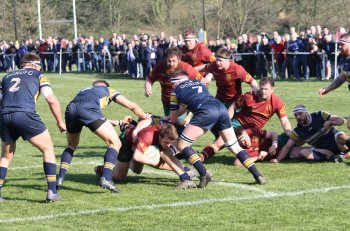 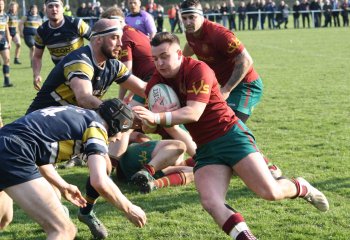 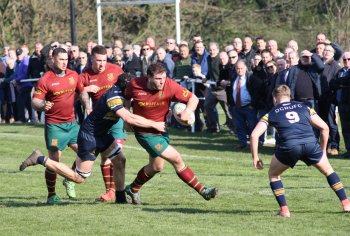 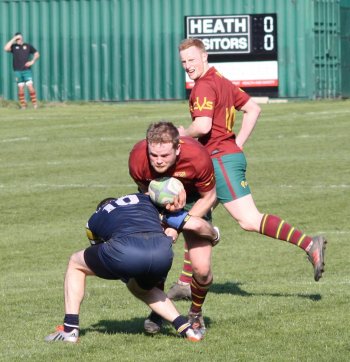 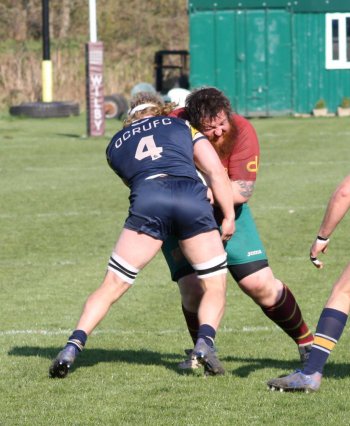 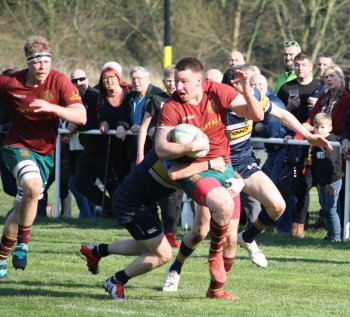 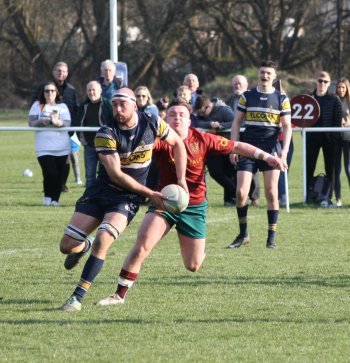 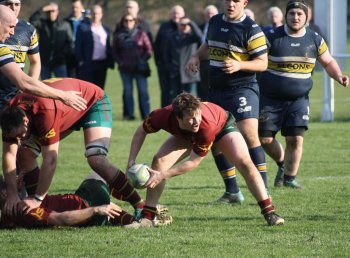