HEATH GRIND OUT A VITAL WIN

Heath travelled up the hill to take on local rivals Old Crossleyans in a vital top of the table clash. Crocs led Yorkshire 1 with only one defeat from their eleven games whilst Heath were in third place four points behind the leaders with two losses from their eleven matches. The visitors had to make a few changes with Seife Boussadda unavailable and Fergus Marsden still injured but they welcomed back second row Lee Brown, brother of coach Richard, into the starting line up with Eddie Cartwright and Jordan Moana alongside Richard Brown on the bench.

A crowd approaching 400 greeted the players onto a rain soaked pitch at Broomfield and with the weather deteriorating it was going to be a tough battle for both sides and they did not disappoint as the opening minutes saw them go head to head as they fought for superiority. Heath were guilty of giving away a number of penalties in the opening minutes and from one full back Callum Dunne opened Crossleyans account, 3-0 after 6 minutes. Both sides were playing fast open rugby and when a penalty from Dan Cole found touch 10 metres from the home sides try-line a chance was created but Heath lost the line out and Crocs survived. Heath were mounting attacks and when Olly Cook charged forwards his tricky off-load to Matt Beasty was adjudged forwards. Heaths scrum were gaining the advantage and from one Jason Merrie broke for the line before off-loading to Dan Cole. His clever kick through was chased down by Ezra Hinchliffe whose pass to Callum Harriett Brown saw him bundled into touch. The referee brought play back for a penalty to Heath but an easy chance was missed to level the scores with 15 minutes played. Heath continued to pressurise the home defence and a super grubber kick from Jack Crabtree was scooped up by the flying Si Brown but he was tackled into touch with a try looming. It was only a matter of time for Heath and Ezra Hinchliffe levelled the scores on 20 minutes with a penalty conversion. The game was end to end in typical derby fashion and next Crossleyans went close before a superb clearance from Dan Cole turned defence into attack. Crocs took a quick throw but Isaiah Spooner was up with play and the home side were under pressure and struggled to clear giving away a penalty which Hinchliffe converted for Heath to take the lead 6-3 with 30 minutes played. Richard Brown entered the arena as he replaced Matt Beasty but Crocs levelled the scores with yet another penalty conversion from Dunne, 6-6. With half time approaching Hinchliffe converted a third penalty and Heath led 9-6 at half time.

Heath began the second half with a deep kick putting Crocs under immediate pressure and after winning the ball the Heath backs managed to release Harriett-Brown but he missed the ball as it slipped  from his  hands and a certain try was missed. With 50 minutes played Jack Crabtree made way for Eddie Cartwright as Heath continued to batter the Crocs defence and after Ryan Hammond was sin-binned for Crocs Hinchliffe converted the penalty to increase the lead to 12-6 with 52  minutes played. In a rare foray into the Heath half Crocs reduced the arrears 12-9 on 57 minutes before Heath once again mounted yet another attack. Crocs were defending really well and with the visitors forwards driving towards their try line Chris Vine intercepted a pass and set off on a length of the field race. Ezra Hinchliffe and Callum Harriett-Brown gave chase but Vine, urged on by the home supporters, managed to score an unconverted try and Crocs took the lead 14-12 with just under a quarter of the game left. Heaths response was immediate but Crocs were determined to hold on to the lead as Jordan Moana entered the field replacing Ian Downsborough with 10 minutes remaining. Heath continued to batter the home defence with Moana, Jason Merrie, Jonny Cole and Richard Brown all making important yardage and Crocs had no alternative but to give away another penalty which Hinchliffe converted and with 8 minutes remaining the score was 15-14 to Heath. Crocs were a spent force and when Hinchliffe added yet another penalty on 76 minutes Heath had finally won the game 18-14.

A fine, physical battle from two fully committed teams who provided a really tense encounter for the large crowd. Crocs managed to hold on for a vital losing bonus point which keeps them above Heath in second place with new leaders Moortown taking over top spot.

Finally.  Ian Rushworth, reporting for the Halifax Courier, was there - his view of the game can be read at: https://www.halifaxcourier.co.uk/sport/more-sport/hinchliffe-kicks-heath-to-derby-win-1-9472746 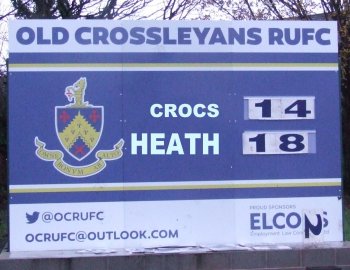 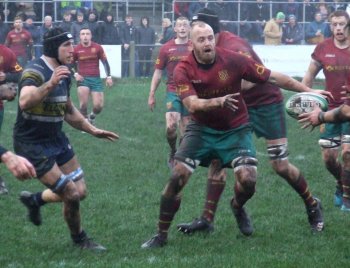 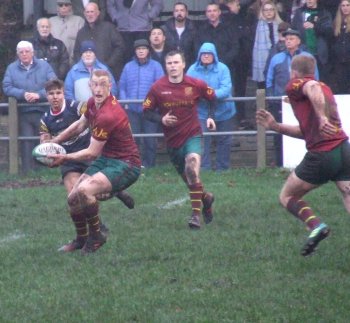 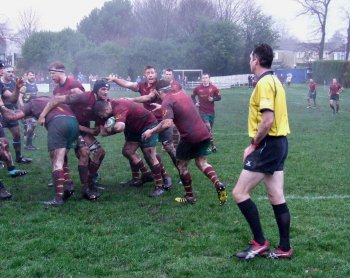 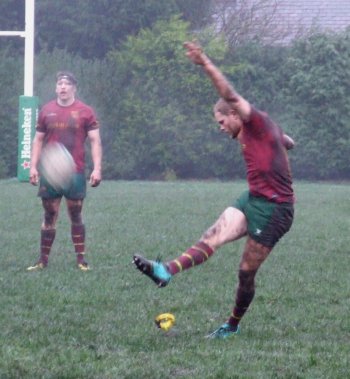 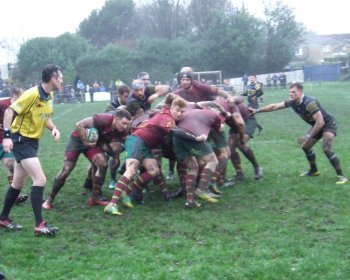 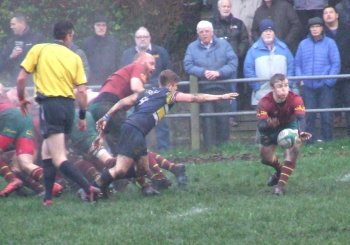 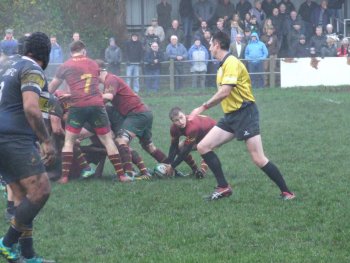 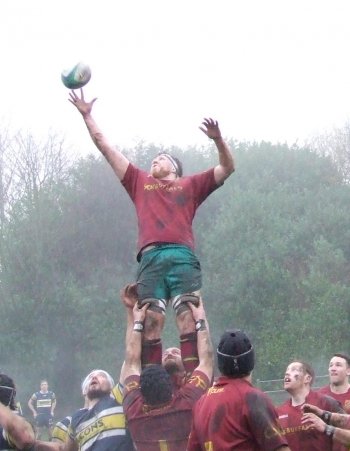