Heath entertained East coast rivals Hullensians looking to extend their winning run against a team who had lost their opening five league games but had managed to win their last two games to climb away from the foot of the table. Coach Dave Harrison made a few changes to his squad with the effervescent Si Brown starting at centre as Eddie Cartwright moved to full back at the expense of Jack Crabtree in the backs while Matt Beasty and Ian Downsborough were rested with Seife Boussaada and Richard Brown starting. Downsborough took a seat on the bench alongside the ageless Mark Puttick and Jordan Moana.

With a large crowd gathered and the ground bathed in sunny conditions the game started with both sides looking to play fast open rugby. After only 6 minutes Jacob Storey, who has an uncanny knack of reading a pass, intercepted the ball on the half-way line and sped towards the try-line to open Heaths account. The ever reliable Ezra Hinchliffe seemed to have his kicking boots on and converted to take Heath into the lead 7-0. This seemed to inspire Heath and a super run from Jason Merrie saw him kick over the Hullensians defence to the corner but the visitors defence bundled the player and ball into touch. From the line-out Fergus Marsden won the ball and despite good drives from Chris Moore, Jonny Cole and Olly Cook the Hullensians defence held firm. It was the visitors who mounted an attack over the next period of the game but Heath looked very solid. On 15 minutes a penalty attempt from Ezra Hinchliffe just fell short but Heath were now beginning to turn the screw. Eddie Cartwright had a good run to set up Si Brown and Jacob Story as they probed for an opening and then Callum Harriett-Brown and Dan Cole went close as the Hullensians defence began to buckle and when Jason Merrie picked up a loose ball on the visitors defence he went on a powerful run to score under the posts for a converted try and a score of 14-0 with 24 minutes played. Heath continued to be on top of their game with some astute kicking from Dan Cole helping their cause. Heaths scrum were also dominant with Richard Brown in control of the set piece and he was on hand to score a third try, converted by Hinchliffe, and Heath led 21-0 on the half time whistle.

Heath started the second half as they finished the first going close to adding to their tally in the first minute when Jonny Cole received a pass to go over in the corner but the Referee adjudged a forward pass. Heath continued to press and superb handling along the back line saw Jordan Moana, on for Si Brown, score a bonus point try, 26-0 with 45 minutes played. Shortly after Seife Boussadda had to leave the field with an arm injury and Olly Cook returned. Hullensians, to their credit, still went in search of a score and only a superb cover tackle from Peter Birkett prevented a score. Back came Heath and the ever reliable Alex McFadden gave chase to keep possession and Heath were on the attack again. Playing fast open rugby the home sides only downfall was their failure to collect that final pass but they continued to press and were rewarded for their play in a strange way. Hullensians had a line-out 5 metres from their own try line and from the throw the ball went straight to Chris Moore at the back of the line who was standing on his own and had the easy task of scoring Heaths fifth try, converted by Hinchliffe, and a score of 33-0 with 55 minutes played. Richard Brown and Jacob Storey came off the field to be replaced by Jason Merrie and Si Brown but shortly afterwards Peter Birkett was forced off and so Storey returned. Hullensians still went looking for a score and they were rewarded when scrum half Tom Sawden jinked over the line for a try and then took the conversion and a score of 33-7 with 10 minutes remaining. Heaths response was immediate and as Si Brown and Callum Harriett- Brown linked well the wing powered his way through a rather static defence to increase the home sides lead to 40-7 with a converted try on 72 minutes. Still the visitors were not finished and after the game was delayed, due to an injury to the referee, second row Aaron Smith scored a second try, converted by Sawden, to reduce the arrears 40-12 with five minutes remaining. Heath response was to wind down the clock and a final score of 40-12 was credit to the home side dominance of the game.

A clinical display from Heath with yet another try feast for their supporters and the win moves them up to fourth position in the league just 4 points behind new leaders Old Crossleyans. Next weeks fixtures see Heath travel to Guisborough and with Old Rishworthians and Crocs clashing and Moortown entertaining Middlesbrough it’s another intriguing week-end of fixtures. 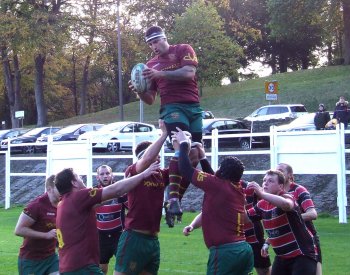 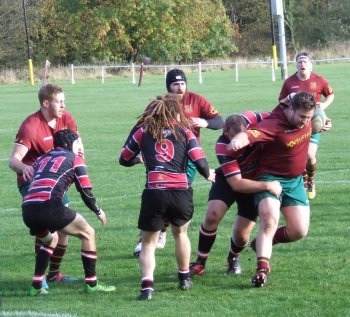 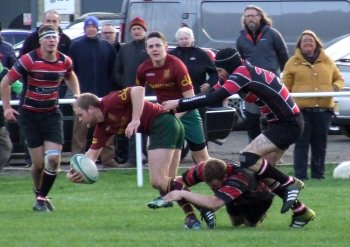 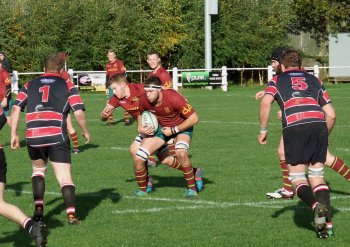 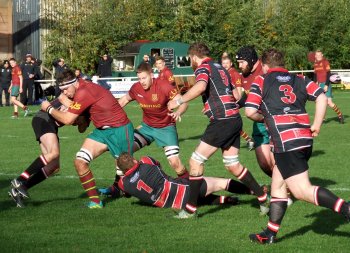 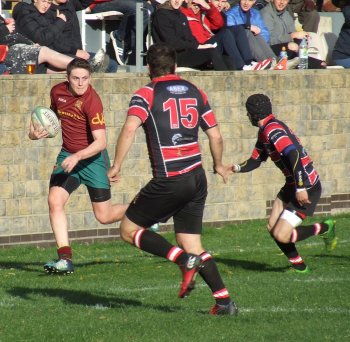 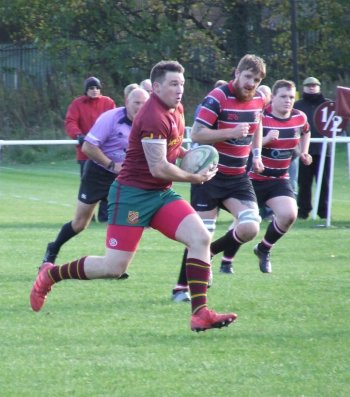 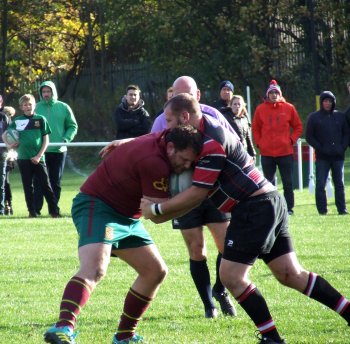 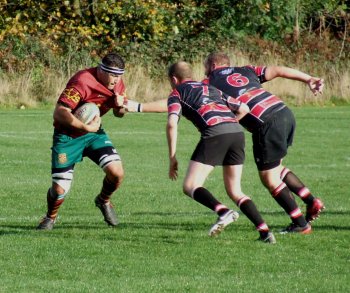 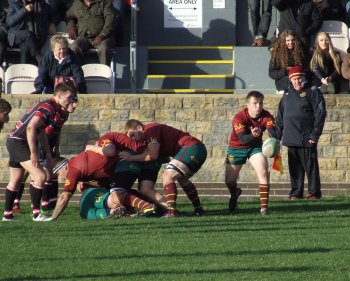 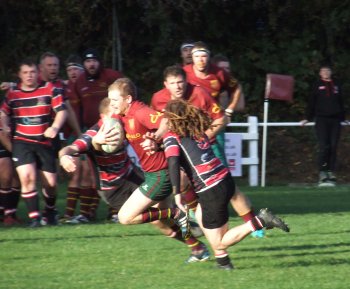