They overcame the home side by winning 31-33 in wet conditions which seemed to suit the Heath team as they were the more abrasive and physical side throughout.

Heath started strongly with Tyler Gilbert making several direct runs which he continued throughout the game, the pack working well in support especially Kieran Aspinall and Cody Briggs. At the half way point, the score was 15-14 to the hosts, Heath try’s scored by Telford Mallinson and Lewis Crossley, both of which were converted by Crossley.

The 2nd half kicked off with hard work from all involved, with tries scored for both teams. The first for heath was scored during a period of strong runs by Dylan Nywenga, Zak Brown and William Tannant as his three quarter length pitch run ended with him touching down. Heath structure was working very well and slick handed wingers Brad Watson and William Lloyd enjoyed lengthy darts down the touch line. Further tries were added by Mallinson, and Tannant added another with the last play. The referee blew for time and the finishing score was 36-33 to Huddersfield. However, it was adjudged that the last of Huddersfield’s tries should not have been allowed due to a code violation making Heath the victors 31-33.

An impressive display of defensive pressure and aggression showed throughout the match led by Charlie Watson and Lewis Crossley flying at the opposition at every opportunity. Crossley also converted 4/5 tries during the game which proved vital in the close victory.

Overall a great contest by two sides, Heath’s junior sides are starting to show real promise for the future of the club. 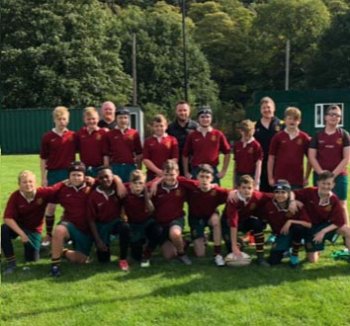