Heath entertained local rivals Old Rishworthians and emerged with a comfortable win to keep them in touch with the top places in Yorkshire 1. They welcomed back Jason Merrie who had suffered from a knee problem all season and Matt Beasty who had a run out last week in the Shield and showed no problems from an ankle injury. Peter Birkett was in his usual position of scrum half and wing Callum Harriett-Brown returned from holiday. A strong looking bench saw Richard Brown, Seife Boussaada and Jordan Moana occupying the seats.

A large crowd had gathered for the game and in typical derby fashion both sides made a tentative start in the opening 10 minutes. Good inter-change from Olly Cook and Chris Moore set up Heath's  first real attack and then a clever kick from Jacob Storey was chased down by Eddie Cartwright as Heath began to take up the advantage. Rishies were struggling to clear the lines and when a poor clearance kick found Harriett-Brown his turn of speed and pass to Jack Crabtree put the pressure back on. A charge down by Fergus Marsden maintained the pressure but when a penalty was awarded to Heath on 17 minutes an easy chance to put points on the board was missed as the ball  drifted wide with the strong wind having an effect.

Heath continued to probe the visitors' defence as Marsden, Ian Downsborough, Cook and Matt Beasty all went close. It was only a matter of time before Heath opened their account but it needed something special to open a dogged Rishies defence and when Ezra  Hinchliffe put in a clever kick Harriett-Brown was out of the traps and chased the ball down for a try in the corner, converted by Hinchliffe, and Heath led 7-0 with a quarter of the game played. From the re-start Heath put more pressure on the visitors defence who were struggling and a penalty kick from Hinchliffe increased the home side lead to 10-0. Rishies tried to rally but from an attacking position Jacob Storey intercepted a pass and ran 70 metres to score Heath's second try and a lead of 15-0 on 30 minutes. Enter Brown, Boussaada and Moana, who replaced Beasty, Jonny Cole and Eddie Cartwright, and they immediately had the required impact as Heath turned the screw. From a line out, catch and drive Cook emerged with the ball for Heath's third try and with Dan Cole running the show with some astute kicking superb all round play from the Heath backs ended up with captain Ian Downsborough going in for the bonus point try, converted by Hinchliffe, and Heath were in command 27-0 as the half time whistle blew.

The visitors needed to respond and the start of the second half saw them go close for a score. The pace of the game was fast and furious and a typical derby and when Brown linked well with Ezra Hinchliffe and Callum Harriett-Brown the wings race to the line was halted. However, his off-load to the supporting Downsborough was dropped and a certain try went begging as Heath went looking to add to their tally. On 60 minutes Jason Merrie, who had a solid re-introduction, was replaced by Jonny Cole and the home side kept up the pressure. Again, to Rishies credit, they still went looking for a score and the Heath defence stood firm with Alex McFadden leading by example. The home side withstood the pressure and a clearance from Storey saw Jordan Moana chase after it. He scooped up the ball and went on a charge to set up an attack as Rishies struggled and when Moana and Jonny Cole linked again Moana popped up with the ball and Heath increased their lead to 34-0 with the conversion added by Hinchliffe.

With the clock ticking down, the visitors still went in search of a score and, much to their credit, they were rewarded in the final minute of the game. A  strong run from centre Ben Waud saw him close to the Heath try-line and the supporting Ben Hinsley went over for a merited try, converted by Josh Kelly and a final score of 34-7.

This was an excellent derby game played in good spirit with both sides looking to play an open  game. However, the strength in depth of the home side saw them emerge with a comfortable win with five points in the bag.

Finally, there's the 3rd and last of our 'what's been photo-shopped' pictures aside.  Which one is it?  Will Dave Meir win for the third time in a row.  Answers to Garf', on Thurs. 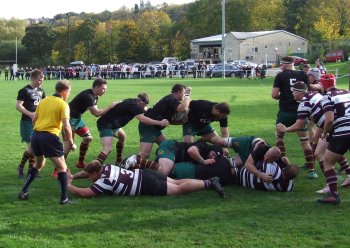 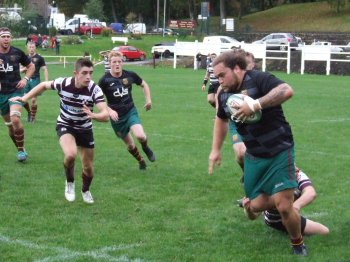 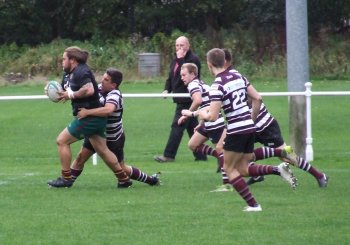 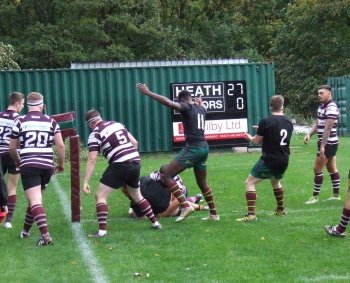 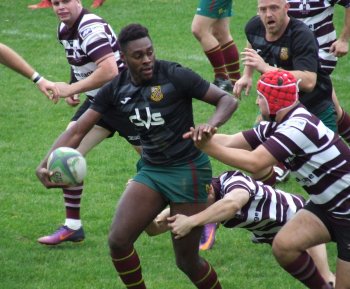 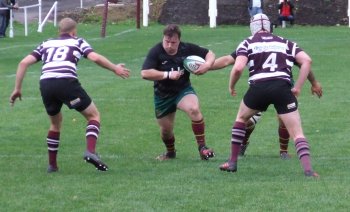 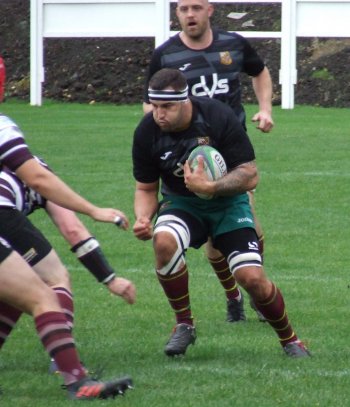 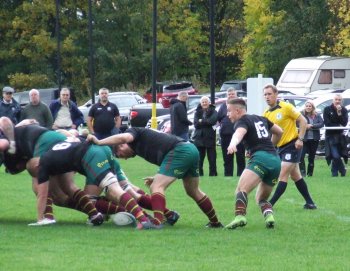 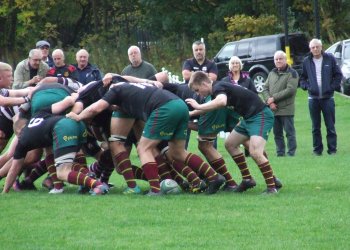 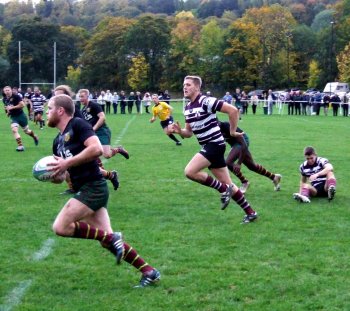 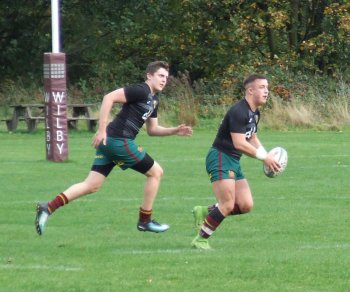 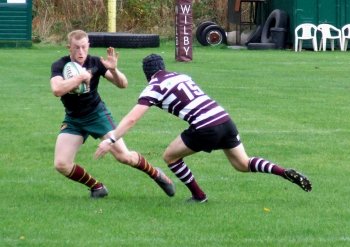 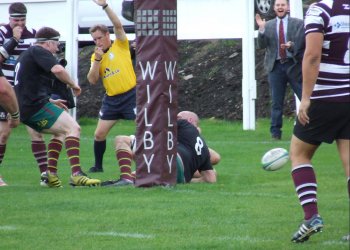 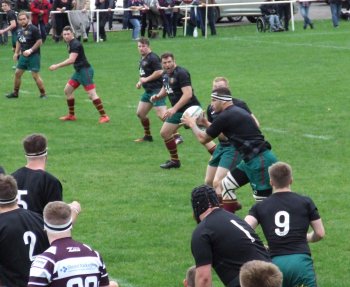 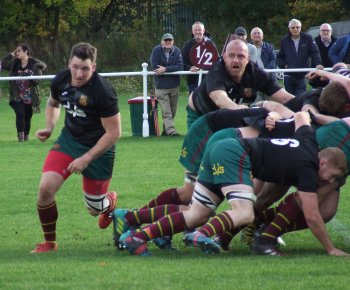